Erin and Creighton Barrett turn a dated ’70s ranch in West Ashley into a hip, happy headquarters for work and family life 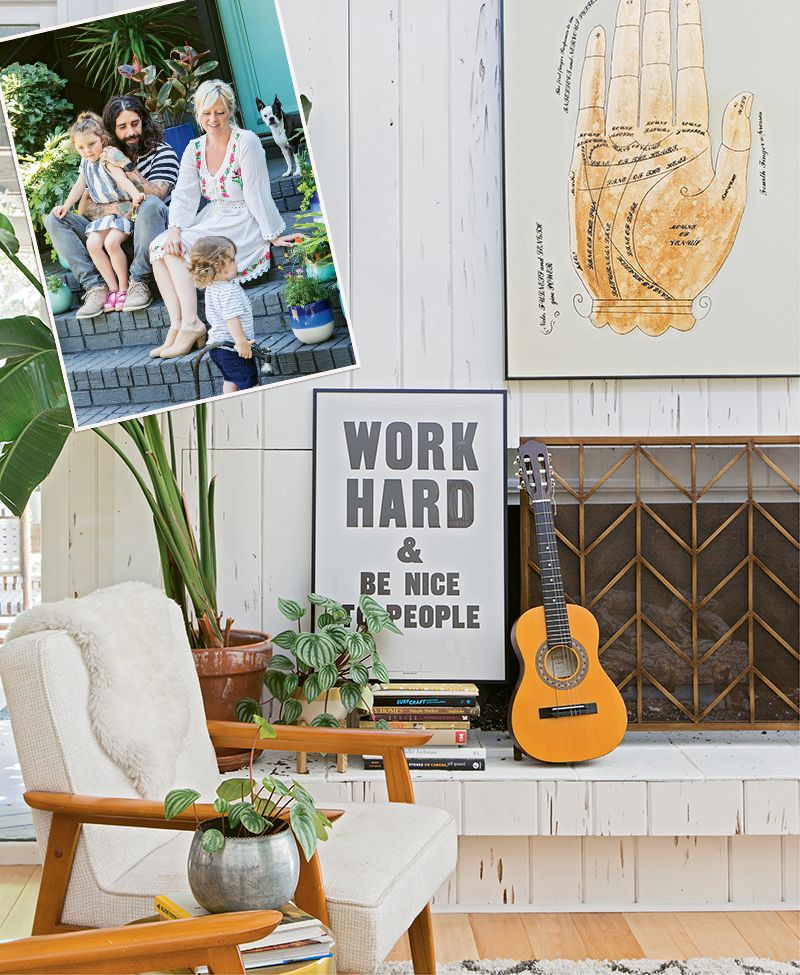 When Erin Barrett settles into her sunny West Ashley home studio to conjure one of her graphic, textural wall hangings, she likes to work intuitively. The sometimes-pink-haired fiber artist and force behind Sunwoven—the home-goods and interiors company she’s built around her weavings—might begin with a particularly intriguing color palette or an idea of how the finished piece should feel. “I don’t really plan anything out, unless I’m recreating one of my existing designs,” she says. “I might start with an unexpected color combination—like blush and rust—and go from there.” Or she might pull from a more abstract inspiration, like a favorite design era or destination. “A lot of my pieces have that ’70s poolside feel,” she notes.

No matter her muse, Barrett doesn’t need a detailed road map to turn out something beautiful. (Just ask the 47,000-some Instagram followers who swoon over her designs.) In her workspace, made cheerful by brightly colored textiles, her fingers fly over a four-foot loom as she deftly combines various elements—poufy, cloud-like threads; tightly woven geometric patterns; fringe—into a finely crafted piece that belies her free-wheeling approach.

It’s no surprise, then, that in 2015, when she and husband Creighton Barrett, drummer for indie-rock outfit Band of Horses, moved with their two kiddos—Sunny, age five, and Bowie, nearly two—into this circa-1979 fixer-upper near Charles Towne Landing, Erin followed the same creative strategy to infuse it with her version of mid-century-meets-Bohemian style. “Just like with my work, I knew how I wanted the house to feel more than how I wanted it to look,” she says. “I liked the idea of a space that’s bright and fresh; open and airy; and clean and modern, but still a comfortable family home.”

When the Barretts started house-hunting, they occupied a cozy three-bedroom cottage in Avondale. They loved being close to the neighborhood’s restaurants and shops, but with Bowie on the way and Sunwoven growing rapidly, things were starting to feel cramped. “Looms and yarn were taking over the house completely,” Erin says. Then a realtor friend pointed her to the 3,600-square-foot ranch, where Erin saw loads of potential for creating the open, modern home she craved. “The layout was really appealing to us,” she says.

Unseparated by walls, the main living areas—composed of a sunken den, dining room, and family room—all flowed together seamlessly. But there were nooks for privacy, too. Erin and Creighton both work from home, and the abode offered ideal office space: a finished studio above the garage where he could turn out drum patterns without disturbing the peace and a spacious sun-room where she could weave.

Easy access to the outdoors was another boon. “Our priorities were shifting from the walkability of Avondale to a place where we could put up a swing set,” Erin says. “This house is on a cul-de-sac, so the kids can play outside and we don’t have to worry about cars zipping past. Plus there’s a beautiful backyard, completely private, with big trees and a man-made lake.”

Still, the home hid some of its charms, and Erin and Creighton knew it would take a little coaxing to excavate them. Its cherry-colored laminate flooring, pink pecky cypress walls, and brown wall paneling all felt dated, and the ho-hum brick exterior lacked the modern oomph they longed for. Undeterred, the couple decided to buy the place and, with help from area contractor Mark Crary of Beachbreak Designs, set about turning it into the bright and happy retreat of their dreams.

During renovations, the family set up a temporary living space in what’s now Erin’s studio. It was a chaotic few weeks: “I was eight months pregnant at the time, and concrete and nails were everywhere, so I had to carry Sunny all around,” Erin says. But as their crew set to work, the house began to transform, making the short-term discomfort well worth the trouble. Damaged ceilings were replaced, pink walls were whitewashed, and the laminate floors were swapped out for natural birch. During this time, Crary also helped them reconfigure the layout of the master suite—“Before, it was like a crazy labyrinth; you had to go through a closet to get to the bathroom,” says Erin—and gut said master bath, which received a modern makeover complete with white subway tile, bronze fixtures, and graphite-hued ceramic tile floors.

Next up, Erin turned her eye to décor. The first step was establishing a color palette. “I get torn because I’m drawn to clean white minimalism, but Creighton and I both love color,” she says. They compromised by “hosing down the house with white paint” but vowing to add pops of color with fabrics—a natural move for a textile designer. Similarly, the duo craved balance when it came to furnishings for the house. “My style has always been Boho, but lately it’s moved toward more modern lines,” Erin notes. She instinctively blended the two aesthetics by mixing mid-century-inspired pieces—such as a tapered-leg console from West Elm for the foyer and a sleek, updated take on the Chesterfield sofa for the living room—with California-cool accessories, like a woven hanging swing from Eclectic Charleston.

For the exterior, Erin took another cue from the Golden State, looking to the retro architecture of Palm Springs, where many abodes sport colorful front doors. She painted the brick and wood façade in a dramatic charcoal hue that matches the roof, visually uniting the structure and making the silhouette appear sleeker. And, after realizing her wish for a contemporary slatted-wood door wasn’t in the budget, she painted the existing doors a bold turquoise. The daring palette was a bit of a risk, but in typical laid-back fashion, Erin didn’t sweat it—and found herself thrilled with the results. “It was a last-minute decision; sometimes you can really overthink paint colors, but we just went for it and wound up with the perfect shade,” she says.

With the renovations complete, the creative couple is so happy in their reinvented digs, they almost never want to leave. “We are literally here all the time, being that we both work from home and we have young children,” Erin says. “Creighton jokes that it’s kind of like a compound, or our own art factory. We love it; it’s so great that the kids can see both of us working and get involved in what we do.”

And when it’s quitting time, the super-short commute makes for an easy transition to family hangouts. “The kids love music, so in the evenings we’ll try and introduce them to a band or artist we feel they should know,” Erin says. This leads to regular back-deck dance parties set to classic tunes by the likes of Fleetwood Mac and The Talking Heads. When she’s relaxing out there and watching the kids twirl to music, Erin is in her happy place. “I feel like we made the right choice,” she says, on selecting this home. “I think we’ll be here forever.” 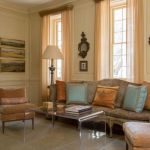 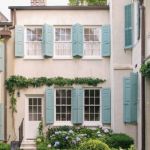 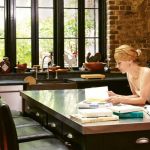