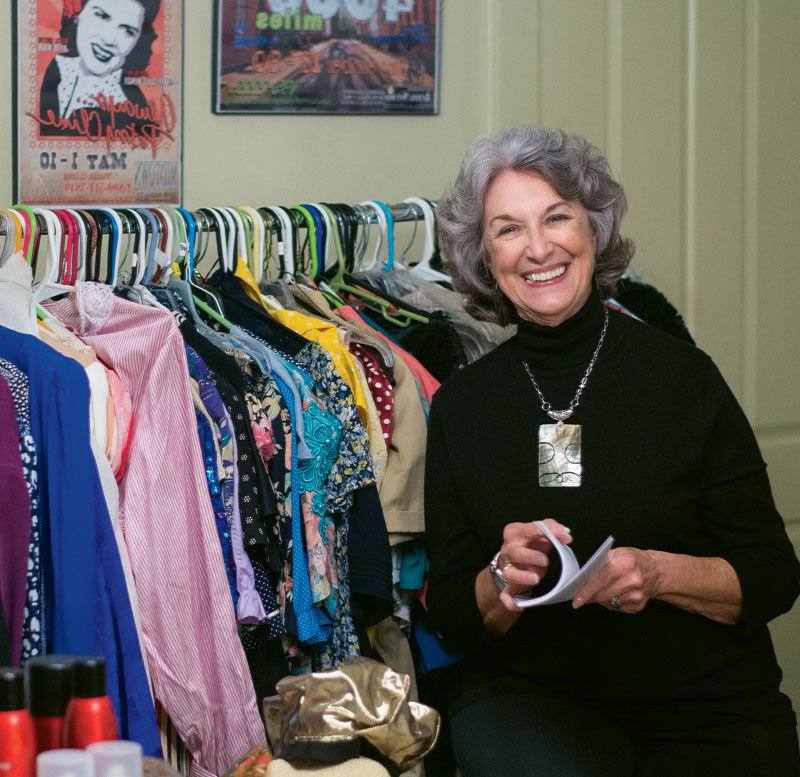 At 76, Samille Basler is pretty darn humble about her accomplishments, especially her talents as an actress. “It’s overwhelming to know that at my age, there are people who think I’m good enough to still receive awards,” she says. Basler has won dozens over the years, including a 1989 Southeastern Theatre Conference award and two at the 2013 and 2015 Theatre Charleston Awards. And the recognition is warranted: In 2011, Charleston City Paper reviewed Charleston Stage’s production of Helium: “[Basler’s] performance is a wonder to behold…She slides in and out of [her character] Gramms’ hallucinations and flashbacks smoother than even the script does…Quite honestly, it’s the performance of the year.”

Raised in Washington, Georgia, Basler has lived throughout the Southeast, finally settling in Mount Pleasant in 1995. But no matter where she’s called home, she’s found her way to the stage. This month, catch Basler as Ruth in Collected Stories, Donald Margulies’ play about an aging professor’s fragile relationship with a writer she’s tasked with mentoring. Midtown Productions’ Collected Stories, directed by Sheri Grace Wenger, runs January 15-30 at Midtown Cabaret Theatre (www.midtownproductions.org).

An early start: There was a movie theater in our town, and for 50 cents, my brother and I could buy a ticket, a bag of popcorn, a drink, and a piece of candy. After spending the whole day there, we’d go home and act out the scenes.

Natural talent: I acted in high school and continued in college at Georgia Southern University. My first husband was in the space program, so we moved to Cape Canaveral in Florida (it was called Cape Kennedy in those days), where I was a schoolteacher and performed on the side.

A return home: I kept acting when I moved back to Georgia in my 30s. I met my present husband in Augusta, where I headed the circulation department of the Medical Library at the Medical College of Georgia. About 10 years later, I retired, and we moved to Charleston.

A dream role: I always wanted to be Blanche in A Streetcar Named Desire, but at this point in my life, it’s passed me by. I’ve done several of Tennessee Williams’ plays. I love the way he writes with a certain rhythm that, being Southern, I understand. It’s beautifully musical.

Her preparation: I’ll read the play over and over. I’ll walk around my house saying the lines aloud—hearing them helps let the character form in my mind. After a while, the character just takes over.

Family matters: My husband and I have raised six children, and now we have 11 grandchildren and two great-grandchildren. My husband is a big sports fan, and since he supports me in my area, I have to support him, too. But I love when my children come home and they can talk football—it gives me a break!

On aging: Collected Stories is a two-character play, and it’s been challenging. Memorizing lines takes much longer now. Knowing that I won’t be able to perform forever is hard. Actors have always been my family—we share dressing rooms, eat together, fuss together. When I’m onstage, I’m home. It’s where I need to be.