In honor of Eat Local Month, we sat down with Lowcountry Local First’s executive director to discuss Charleston’s growing farming and food scene 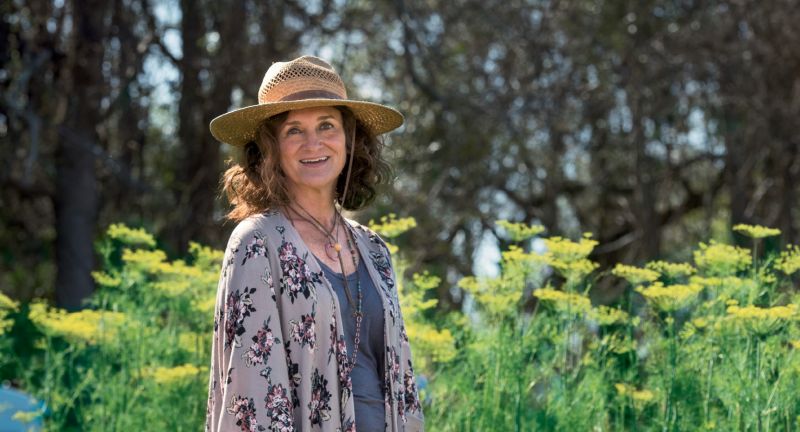 CM: What brought you from Oklahoma to Charleston?
JH: After I graduated from Oklahoma State, I wanted to explore, so I lived in New Zealand and then St. John, where I met my husband, Jim. We moved to his hometown of Nantucket, Massachusetts, for three years. When I decided to go to culinary school in 1993, Johnson and Wales was still here, so that was the perfect excuse for us to come down.

CM: Why culinary school?
JH: Coming from Oklahoma, everything was exotic to me! In New Zealand, I developed a fondness for Middle Eastern cuisine. Later, in Massachusetts, I was exposed to some fabulous chefs who made me take an interest in cooking.

CM: How does that translate to your work today?
JH: I understand the complexities of the restaurant world and appreciate the commitment it takes to incorporate local foods into a menu.

CM: Has Lowcountry Local First shifted goals since its start in 2007?
JH: We’ve evolved as an organization just as our city has evolved. The issues we were facing during the recession are not necessarily the same ones we’re facing in a city that is now experiencing exponential growth. We’re still raising awareness for local businesses and farms, but we’re also now offering affordable workspaces and training new farmers. We can’t make these businesses succeed—that’s up to them—but we can do everything possible to create an opportunistic environment.

CM: Tell me about the Growing New Farmers program.
JH:
Starting a farm enterprise is expensive, and the work is never-ending. Our program, which began in 2007, provides the technical and business skills farmers need to work in the food system in any capacity—farming, food distribution, and farmers markets. More than 140 people have graduated from the program, and they are growing and improving our local food scene tremendously.

CM: Who are some notable graduates?
JH:
Drew Harrison, who runs The Green Heart Project, was part of our first class. Another graduate, Frazier Block, started the John’s Island Farmers Market. The owners of Spade & Clover Gardens, Compost in My Shoe, Rooting Down Farms, and Murray’s Heirlooms have taken part in our programs and now mentor others. Farming is the toughest and most important job there is. I am grateful every day for people who continue to farm and those excited to jump in.

CM: What’s Eat Local Month all about?
JH: Eat Local Month celebrates our local farmers and fishermen. We’re encouraging everyone to take the Eat Local Challenge for the month of April, in which you pledge to spend at least $10 of your weekly grocery money on locally sourced food. When we purchase area-grown food, we help preserve the farmland, lessen our environmental impact, and grow our economy. Eating “locally” doesn’t mean strictly Charleston vendors, either—sourcing food from anywhere in South Carolina counts. You can sign up for the challenge at lowcountrylocalfirst.com.

CM: Have you noticed any trends in the local food scene recently?
JH: I love that we’re seeing more ethnic food in Charleston, mostly in the form of food trucks. I hope this trend continues, because it adds to the richness and diversity of our community.