The Best Wine I Ever Had

The Best Wine I Ever Had
September 2016
WRITER:
Jenny Ouellette
Whether they sampled from a rare and valuable bottle, or it was the company with whom they imbibed that made the occasion so special, five area sommeliers share their stories


Femi Oyediran
Advanced sommelier, Charleston Grill
“Three years ago, I joined some friends for drinks at Charleston Grill and saw the 1996 Billecart-Salmon Grande Cuvee on the list. Any Champagne with that vintage is pretty much a no-brainer—1996 was a great year for production. So we went for it, and it was epic. It’s incredibly complex: a combination of lemon rinds, exotic spice, Golden Delicious apples. Over the years, I kept thinking, ‘Was it really that good?’ And when I opened another bottle not long ago, it was confirmed: Yes, it really is.”

Cappie Peete Chapman
Advanced sommelier, Neighborhood Dining Group director of beverage and education
“In summer 2014, I visited Eyrie Vineyards in Oregon’s Willamette Valley with my family. During what was one of the most captivating tours I’d ever been on, led by the vineyards founder’s son, Jason Lett, the tasting room manager interrupted to let him know that a woman had just arrived with the 1980 Pinot Noir Reserve, one of Eyrie’s top early vintages. The woman had found it in her late father’s reserve. It was a pretty sentimental moment. Jason opened the bottle on the spot, and we all got to try some. With that much age, it was very earthy, very mineral driven. There were flavors of dried red fruits, like cranberries and cherries, and a dried floral component. It was a great vintage and quite a rare bottle.”

Vonda Freeman
Certified sommelier, The Indigo Road Restaurant Group wine director
“I visited London this December, and an acquaintance invited me to a wine tasting. The entire experience was magical. I’d never been to London, and at Christmas, it’s like walking through a Charles Dickens novel. I was totally sucked into the charm and the energy—and then I sampled the 1985 Château Cheval Blanc from France’s Saint-Émilion region. It tasted like spice cake and plums—the perfect wine for the setting. I’ll likely never have something like that again; I’d guess a bottle might be worth in excess of $400. It’s a rarity.”

Patrick Emerson
Advanced sommelier, Curated Selections Distributors partner
“About 10 years ago, my wife and I were invited to spend a night at a remote resort in the Adirondacks. Upon arrival, we were picked up at the airport in a limo. The driver had heard that I was into wine and asked if I had a favorite. I told him the 1996 Pol Roger Sir Winston Churchill Blue Label Champagne. I’d had it a few times and loved it; it’s a blend based on pinot noir and rich and terrific with soft cheese. Later that day, after touring the property, we heard a knock on our door. There was a gorgeous cheese plate with nuts and honey and a bottle of wine. The gentleman who dropped it off said, ‘Sir, we have to apologize. We couldn’t find the 1996, but we hope the 1995 will do.’ I was blown away. The resort didn’t have a very expensive wine list, but they’d flown that particular bottle in for us that afternoon. It was totally a James Bond moment. Now, the 1995 vintage is my favorite.”

Pietro Giardini
Sommelier, The Vendue general manager
“I was working at the Kiawah Island Golf Resort during the 2012 PGA Championship. The staff and I had gone through several 80-hour workweeks; we felt a great sense of accomplishment (and sheer exhaustion) once it wrapped up. That night, we shared a bottle of Ridge Vineyard’s Monte Bello, 2007. It’s a cabernet sauvignon-dominated blend grown in the Santa Cruz Mountains at one of the highest elevations—up to 2,700 feet. The estate is considered one of the most historic, and its wines some of the most revered, in the United States. With supple tannins, black plum, and espresso notes, the Monte Bello’s the perfect match for anything chargrilled. It’s just an iconic American wine.” 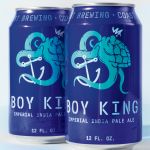 Hard up for a summer escape? When you reach for a cold one, grab a beer that takes you to a far-off place with hammocks in the water, crystal-clear blue seas, and gentle island breezes. You might even forget these tropically inspired brews were made locally 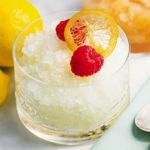 How to Make a Granita