If worried about cookie calories or galactic gridlock, Santa should trade his sleigh for a “Bike Bus.” With a front bin designed for kids (complete with seat belts) and dogs, the utilitarian cruiser debuts this month from Affordabike’s prebuilt bike brand, Coast Cycles. The Lowcountry-inspired line includes low-frills frames outfitted for entry-level pedalists, such as the “No Coast” single-speed cycle popular among downtown’s college crowd and the “Crosstown” city rider with just enough gears for navigating Charleston’s flat terrain.

This spring, Affordabike will roll out two more Coast Cycles: Inspired by the Charleston Sprint Triathlon Series at James Island County Park, the aerodynamic “JI Sprinter” costs a quarter the price of a traditional tri bike, and the “Ravenel” roadster boasts eight speeds ideal for surmounting its namesake summit. To get his wheels turning when drafting these localized designs, owner/designer Daniel Russell-Einhorn listens to feedback from his customers as well as in-house salespeople and mechanics. “Big bike companies have access to lots of data but can be disconnected from the street-level customer,” he says. “We’re on the front lines, able to see the life cycle of these bikes, from sale to six or more years later.”

Since 2009, when the King Street shop set out selling an inexpensive custom cruiser line, Bilda Bike, Russell-Einhorn has pushed to get people pedaling. Affordabike recently introduced a bike-sharing model, “The Concierge,” that allows guests at downtown hotels to unlock their temporary transportation using an app. Russell-Einhorn notes that the company’s been fielding questions about the program from colleges and state parks around the country.

Here’s the rundown on Affordabike’s regular events (some even come with free pizza and beer; find details at www.affordabike.com)

Tech Tuesday: These no-charge clinics held the last Tuesday of every month roll through topics like changing an inner tube and using gears.

Commute on King: On the final Friday of the month, slow-ride with Affordabike, Charleston Moves, and a casual community of some 100 cruisers (and sometimes city councilmen!).

Mountain Bike Demos: Every other Saturday at 11 a.m., test-drive a variety of new mountain bikes in all sizes (even kids’) at Marrington Plantation’s mountain bike trail.

Ravenel Rides: Any weekend, rent cruisers, kid seats, helmets, and more for a guided trip up the Ravenel complete with bridge-top photo ops. 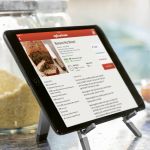 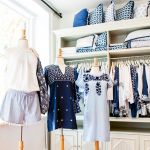 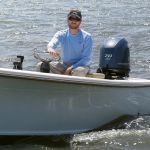