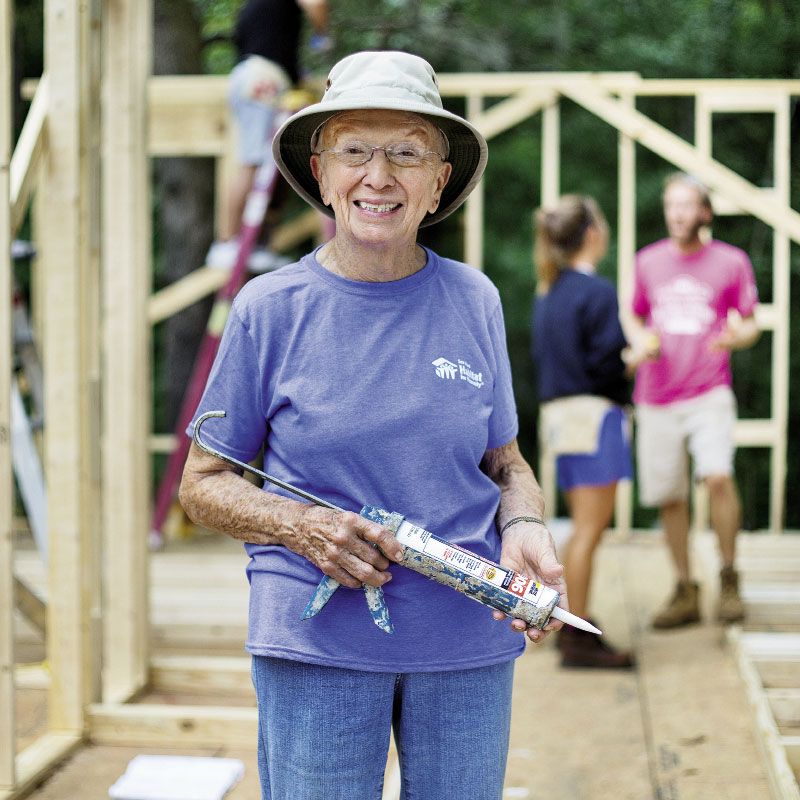 After 48 hectic years of running their plexiglass company in Des Moines, Iowa, Eileen Van Horn and her husband, Bob, were looking for a change of pace. They found it on Kiawah Island, where they bought a lot in 1995. Five years later, construction wrapped on their new home, but the industrious duo still had the building bug. Looking to put it to good use (while keeping her husband “from going stir-crazy”), Eileen brought Bob to Sea Island Habitat for Humanity (SIHH), the local branch of the national organization for which he had volunteered for five years back in Iowa. “I explained that I had a valuable person who needed to be put to work,” Eileen laughs. “After that, he worked full-time.” Never one to take the backseat, she started brainstorming ways that she, too, could lend a hand.

Her first duty? Bringing homemade lunches to her husband, lovingly nicknamed “Habitat Bob” by the staff, once she realized how much time he wasted putting away tools and leaving the site during the break. Soon, she began making extra sandwiches for the crew, and before long, Eileen donned her own hard hat and started landscaping, painting, and doing everything in between.

She truly found her stride in 2001, when SIHH held its inaugural Women Build. The annual spring event encourages ladies to buckle on tool belts in order to construct an entire house, from the foundation up, in a seven-day marathon. When the organizers needed help recruiting volunteers, Eileen was more than up to the task. “I believe in the concept enormously,” she explains, “and since I have a circle of friends on Kiawah, I did all I could to promote it.”

And she doesn’t just talk the talk: Although she hasn’t participated in Habitat year-round since Bob passed away in 2005, she works the Women Build project each year to honor his memory. “Between the heat and the hammer swinging, the build days can be a challenge for an able-bodied millennial,” attests SIHH director Elizabeth Paul. “Even so, Eileen always shows up in all of her senior-citizen glory.”

Indeed, she can most often be spotted getting down to detail work with a caulking gun in hand, earning her a nickname of her own: “the Caulking Queen.” Her unwavering dedication (Eileen has even named SIHH a recipient in her will) inspires other women to donate their time year after year. Says Paul, “If she would allow it, we would make her our poster girl!”

Beyond Habitat, Eileen immerses herself in a bevy of other endeavors. Splitting her time between her home on Kiawah Island and her cottage at Bishop Gadsden retirement community on James Island, she is actively involved as a book-club member, shag dancer, golfer, singer, and patron of the arts. Nonetheless, “the Caulking Queen” carves out time every year to assert her claim to the throne and to keep the spirit of her late husband alive. “He always made friends with everyone he worked with,” she says, and the same could be said of Eileen herself. Notes Paul, “She’s the person I want to be when I grow up.”

By the numbers
15 families have a safe, affordable place to lay their heads at night, thanks to Eileen Van Horn and a host of other Women Build participants.

3 choruses count Eileen among their ranks, including the Charleston Symphony Orchestra, John’s Island Presbyterian Church, and the Seabrook and Kiawah Islands Women’s Chorus.

1 pair of white coveralls has been worn by Eileen on each build in remembrance of her late husband, “Habitat Bob.” 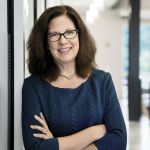 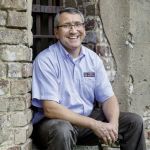 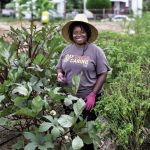 Planting seeds of transformation in a once-blighted neighborhood and beyond 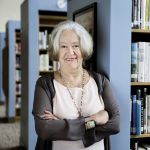