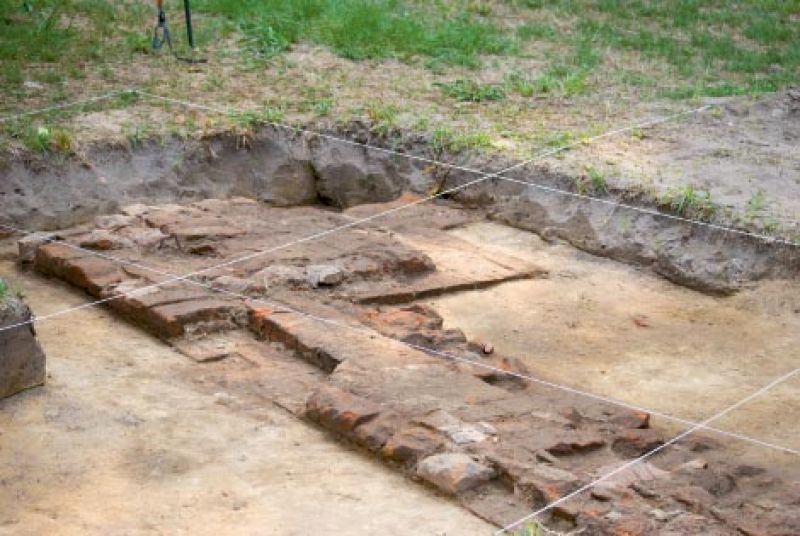 "You can’t understand a place until you know its earliest history—it’s like skipping to the middle of a book,” says Katherine Saunders, associate director of preservation at Historic Charleston Foundation (HCF). “And right now, we’re learning a lot about Charleston’s early chapters.”

Experts at The Charleston Museum and throughout the Southeast are studying artifacts uncovered last July, when HCF, College of Charleston (CofC), independent scholar Andrew Agha, and MeadWestvaco partnered to excavate what’s believed to be the settlement site of Anthony Ashley Cooper—one of Carolina’s Lords Proprietors. “It was occupied from 1674 to 1685,” explains Martha Zierden, curator of historical archeology at The Charleston Museum. “Amazingly, the land hasn’t been built on since.”

Historical accounts tell that the site included a trading post, 1,600 cattle, a moat, a palisade (strong fence), and four cannons. Some 25 Europeans, Native Americans, and enslaved Africans lived there. “To discover interaction among at least three different cultures in a virtually untouched frontier setting—it’s basically rewriting history,” says CofC associate professor of anthropology Barbara Borg, whose students dug for artifacts that would flesh out the written records.

Led by Agha, the field director, they uncovered two areas of brickwork—one an unusual corner structure “that could be a kitchen fireplace,” says Zierden, and the other “a big feature that might be part of a cellar or the palisade.” Though the site’s layout is still unclear, smaller artifacts are helping to explain how it functioned. “We found a relatively high ratio of military objects,” says Saunders, “underscoring that this site was on the frontier—the settlers needed weaponry to protect against intruders.”

In addition to glass beads—imported for trade with Native Americans—and European ceramics, the dig uncovered pottery from a variety of Indian groups. “Where goods traveled, people traveled,” says Zierden, “so this adds to our understanding of trade routes.” The puzzle-piecing also works in the other direction: “Documents tell us that the Westo were here,” she says. “But no one knows what their pottery looks like. If we’re able to identify pieces as theirs, it would have a ripple effect, helping others who suspect that tribe lived in their area.”

Think that’s cool? How about DNA testing on livestock bones? “The Spanish cattle brought to Florida were larger than the English cattle brought to the mid-Atlantic states. Charleston’s were in between, so we believe there was interbreeding,” explains Zierden. “Here, we might find bones from the ‘Eve’—the first English cow in the Lowcountry—and learn what it looked like.” If a zooarcheologist deems the bone samples worthwhile, they’ll be sent to an archeo-geneticist for testing.

By early summer, study on the artifacts will be finished, and Agha will report the findings. “As exciting as it would be to return to the site soon if we’re able to get more funding, in some ways, it’s equally exciting for the land to stay preserved for future generations who will have more scientific advances and greater knowledge,” says Zierden. Left with a cliffhanger, readers will have to wait for the next chapter in this story of Charleston’s past.