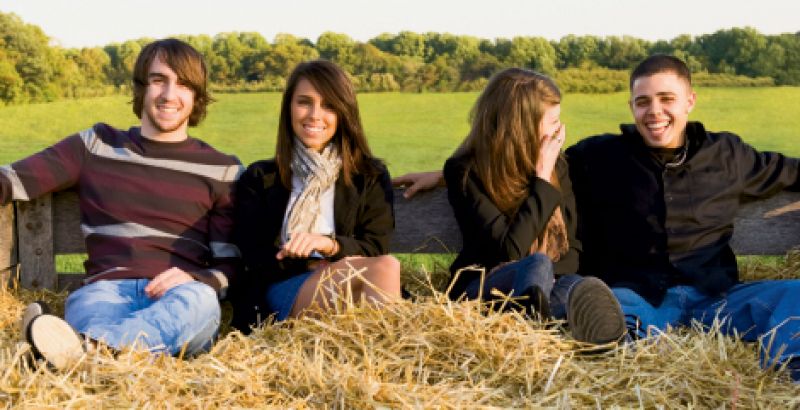 On a recent vacation, I got to talking with my niece and nephew about the differences between being a prankster and a delinquent, the nuances of mischief versus pure trouble. Sharing my pre-teen sneak attacks, I recalled creating “spooky monster” tapes, tucking behind the couch, and waiting till Mom zonked out there in a post-work snooze. The goal? To see just how fast and high she would levitate when I pressed play. Then there was the rubber snake under the bed, the fake nail through the finger...you get the point. For me, devilish Halloween tricks were (and still are) a real treat.

These days, though, I live in a part of town where it’s best not to gamble between tricks or treats when the doorbell rings after dark on All Hallows Eve. Sad, but true. And not being a slasher flick-kinda gal, I have to hunt to get the thrill of the more innocent, mischievous aspects of a holiday where mischief rules. Enter St. Paul’s Academy’s annual Halloween Extravaganza.

I’d been hearing for some time about this good-spirited fright fest (which celebrates its 31st anniversary in 2010), but the stars hadn’t aligned for me to make the trip—until last year. I rallied two friends (both guys, though neither the type to throw themselves between me and an axe murderer), and we made the half-hour drive out to Hollywood.

When we got to the wood-fringed field, the event was clearly more small-town fundraiser than Tinsel Town freak festival. Like the best country fairs, the central area was ringed by stalls and punctuated with souvenir, game, and food booths manned by booster club-type parents and students of St. Paul’s alike. I spied a greased climbing pole; a karaoke stage where a man in plumber-style shirtsleeves crooned to the crowd; and a house of horrors with a jam-packed line that kept my claustrophobic self away. We warmed to the spirit of the night watching screaming tweens and teens trip over themselves and each other as they scrambled out of the haunted house exit. And at a nearby stall, I shot a few paintball rifle rounds at dangling skulls and plastic rats.

By dark, we were fortified with enough chili fries to climb aboard with 15 others for the hayride of terror. We made fast friends with a woman who, like us, was older than the teens creating the tableaus we were about to pass but young enough at heart to love a good squeal. I wish I could remember in exact, riveting detail the masterpieces we came across, but as the monsters, cannibals, and sadists climbed the sides of our stalled-out trailer, I huddled under fellow passengers at the bottom of the wagon and, well, things got a little muddled. What I do remember is laughing my tail off; screeching like I haven’t in ages; and marveling at the students’ DIY prowess in old-school trick-us, scare-us, thrill-us-all mischief. Stumbling out of the wagon, I beamed knowing that there’s still a place where good, clean, frightening fun can play out without tipping too much toward the dark and delinquent or sanitized and saccharin.