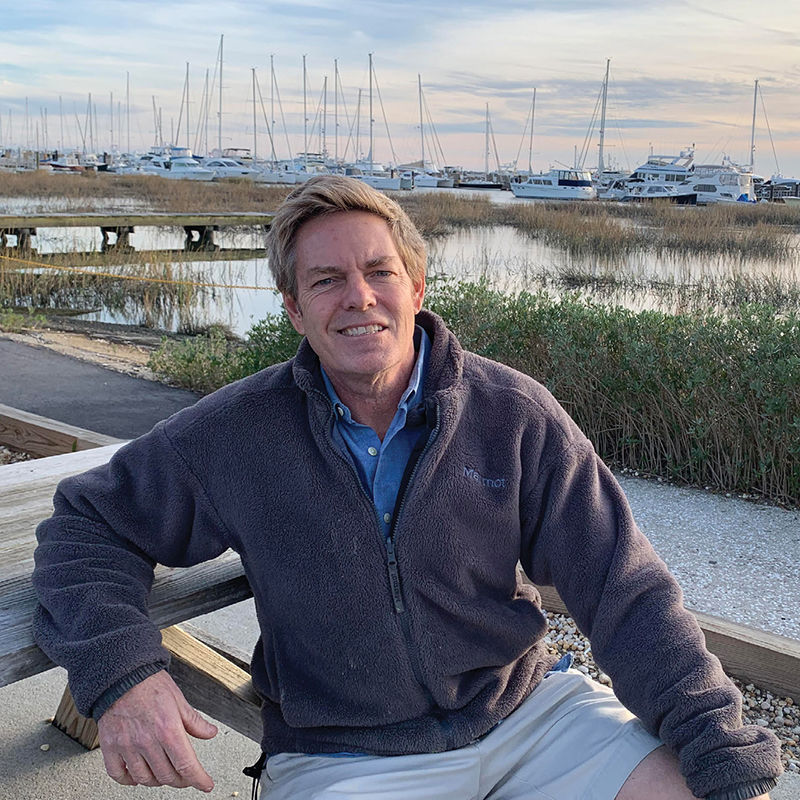 Sculptor Scott Penegar’s next project is creating a kids’ scavenger hunt with baby loggerhead turtles in Isle of Palms.

Atop The Citadel’s Bond Hall, a sharp-eyed eagle guards the parade grounds. Up in Summerville, a yellow-bellied slider cranes to greet visitors strolling through Azalea Park. And for a show in Brookgreen Gardens, undulating tentacles propel an octopus across an imagined seafloor. Scott Penegar’s wildlife sculptures may be fixtures in public and private collections, but his naturalistic works are far from stationary. One of Charleston’s few bronze sculptors imparts his realistic works with a visceral energy that gives each one life. “Scott’s work has a truth that comes from his experiences,” says Hagan Fine Art owner Karen Hewitt Hagan. “His sculptures are believable because they’re correct. He doesn’t take any shortcuts.”

In much the same way as his pieces, the animated artist seems ever in motion. He’s studied art and marine biology, worked as a commercial fisherman and Kiawah nature guide, traversed the Atlantic twice aboard a 34-foot cutter, dabbled in painting and portraiture, and traveled the globe with his wife, Kaye, and their two children. The day we caught up with Penegar, he was awaiting delivery of a whole frozen fox from a West Virginia taxidermist.

In the Details: As a wildlife artist, I need as much information as I can get. We see egrets, herons, otters, and crabs in our backyard marsh, and friends give me game fish heads. For animals I can’t get a hold of, I use online pictures and videos for reference, but that information is limited, so I have a freezer full of dead animals I’ve gotten off eBay. I want to see the pelt and bone structure of the fox for a project I’m doing in Marion Square. I once bought a beaver tail for four bucks so I could see the pattern of the scales. Unfortunately, my cat ran off with it. 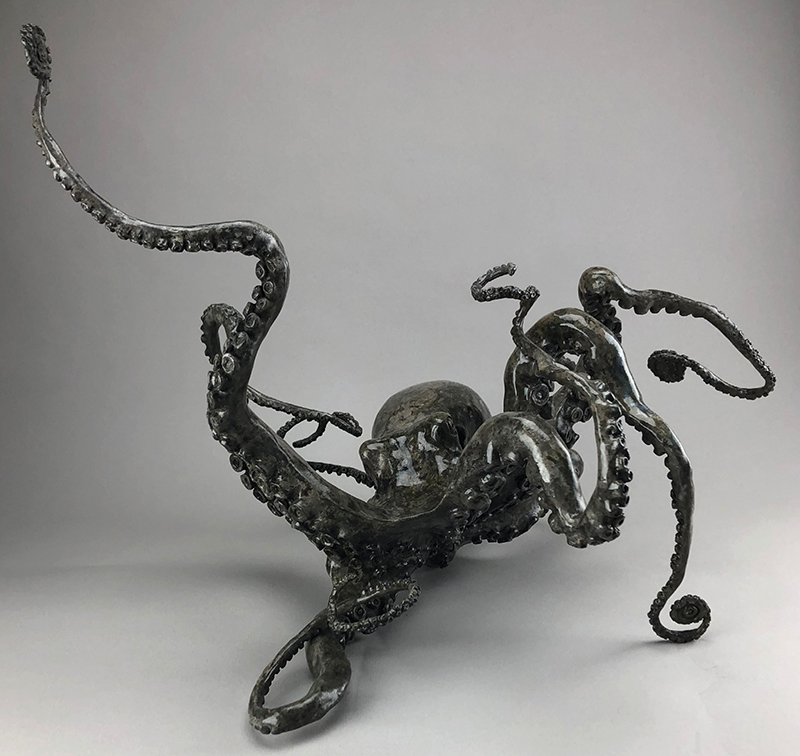 One of Charleston’s only Bronze Sculptors, Scott Penegar wows art lovers and collectors near and far with his detailed, often gravity-defying, representations of Lowcountry sea and wildlife.

Public Display: The commission for Marion Square involves nine life-size bronze marsh animals, including a fox in honor of the park’s connection to “Swamp Fox” Francis Marion. The sculptures will be installed on the fountain at the corner of King and Calhoun and will be dedicated March 1.

Starting Out: In third grade, I wanted to be an ichthyologist. That’s a fish scientist. But at Appalachian State, I changed majors several times. When Kaye and I met, I was doing poorly in my classes but helping with her art assignments. I thought maybe I should try art. That semester, I won an award from my fraternity for the highest jump in GPA. After graduation, I moved to Morehead City to work as a commercial fisherman and construct exhibits for the North Carolina Aquarium. Duke University has a marine lab there, which inspired me to try grad school for marine biology. I was in the College of Charleston program briefly before realizing I was more artist than scientist. 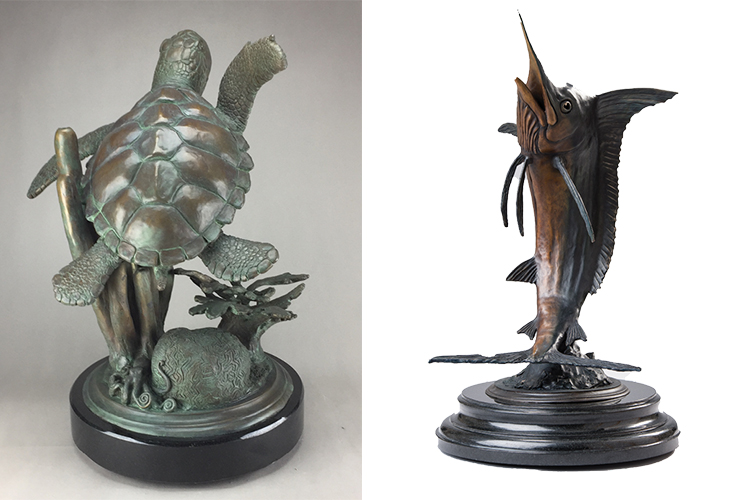 Finding a Mentor: When we were in our early 30s, my wife and I moved to Old San Juan with $2,000 and our dog. The English newspaper had just two job listings, for a bartender and a nanny, so I learned how to make a rum and Coke. Famed artist Jan D’Esopo hired me as a waiter for her hotel, which also had a functional art studio. When she heard I had an art degree, she made me an apprentice. Jan taught me bronze casting, but she also showed me that it was possible to make a living as an artist. When Kaye and I returned to Charleston after knocking around the Caribbean and Europe, we had no jobs, no health insurance, and no place to live, so I started making art full time. That was 24 years ago.

Evolution of Art: I initially started crafting relief plaques with pineapples, palmetto trees, egrets, and herons. Bronze was too expensive, so I cast in cement. At one point, I was in about 100 stores and mail-order catalogs, but I wanted to pursue fine art. I started to do bigger pieces and finally had enough money to get bronzes cast. I then began carving stone in the mid-2000s when a friend gave me a large rock.

Opposites Attract: Not many artists do both bronze sculpture and rock carving. They’re opposites—one’s additive and one’s subtractive. I love the beauty and uniqueness of stones. And with bronze, you can defy gravity and lift things up without worrying about breakages.

On SEWE: It’s an honor just to be invited to the Southeastern Wildlife Exposition; I like being around that caliber of artist. Kaye and I put up visiting artists at our house, and they return the favor when I go to Colorado for a show every year. The only downside to SEWE is that I can’t leave my booth to go see the DockDogs. 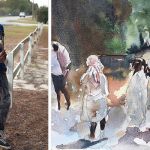 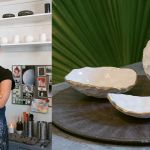 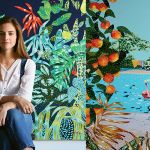