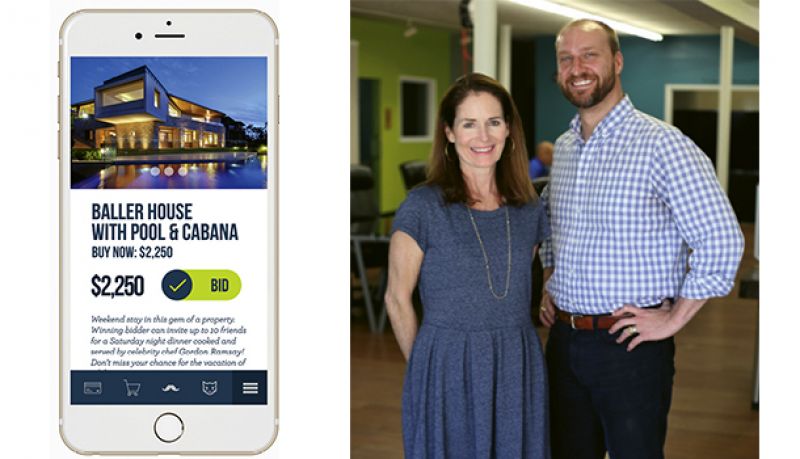 Sam Staley likes to fix things. Take, for example, elementary school fundraisers. A couple years ago, Staley’s wife, Caroline, was on the auction committee for their children’s school, Sullivan’s Island Elementary. “I was watching all of the stuff they had to do—all the paperwork,” he recalls. “I couldn’t help but try to fix it.”

And that he did. After he suggested that people be allowed to send text messages to bid and created a simple platform, the event doubled its regular profits. “I knew we had something,” says the self-proclaimed serial entrepreneur. “I told them if they wanted to use the technology again next year, I needed to make it pretty.”

Fast-forward nearly two years and more than 300 fundraising events, and 20,000 bidders nationwide have used Staley’s software, now known as Bidr. By visiting an event’s page at bidr.co, users can view and bid on auction items from their phones (where they can also purchase tickets and donate via text message). On average, fundraiser revenues increase by 47 percent; the company charges three percent of that total.

What’s next for the startup? “We’ve launched a new mobile app and are creating a marketplace of donated items,” Staley says.

➼ Charitable events for Emanuel AME Church: Many benefits organized in response to the shootings at Emanuel AME used Bidr, notes Staley. The largest was the auction for A Community United, which pulled in $338,732. Artists for Emanuel: Straight from the Heart exceeded $56,000, and Bidr’s own Text.Gives donation campaign netted more than $160,000. ”Together, all the events raised $800,000. It’s humbling to know you can be a part of providing that kind of impact,” Staley says.

➼ The Moth Ball: This New York City fête raised $34,986 for The Moth, which produces storytelling events around the world. The auction featured offerings such as breakfast with Molly Ringwald and tea with Neil Gaiman. Says Staley, ”A number of celebrities tweeted links to their items on our event site, and traffic was through the roof.”