Singing for a Reason 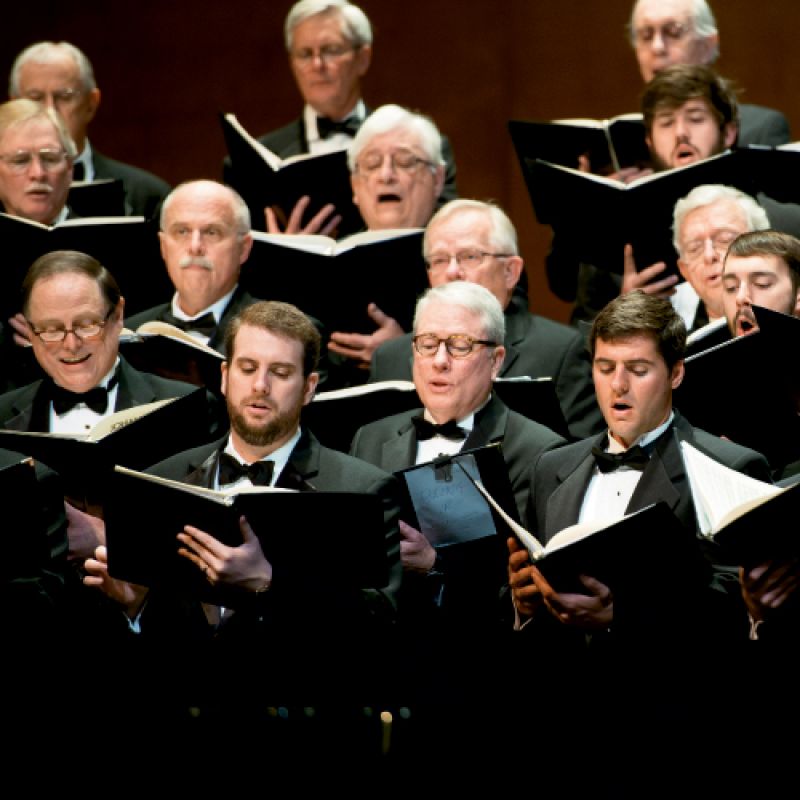 In the Lowcountry, where philanthropies regularly strike a community chord, it isn’t uncommon for a group of dapper gentlemen to step up to the mic for a particular cause. But 70-odd tuxedo-clad crooners singing to a packed house? That’s a special sight. Since 1990, when founder Alfred Pinckney gathered fellow Rotarians into the first local all-male choir, the Charleston Men’s Chorus (CMC) has shared its musical enthusiasm with an ever-growing audience. On May 25, the company again puts on its popular Memorial Day Concert during the Piccolo Spoleto Festival. With signature favorites like the Armed Forces Medley arranged by former Citadel band director Col. Earl Mays, the show proves a sell-out affair year after year.

Perhaps the ensemble’s success is due to the volunteer members’ dedication—they gather every Monday evening to rehearse with accompanist Pamela Nelson and chorus director Ricard Bordas (a Grammy-nominated recording artist and Charleston Southern University assistant professor). But there is something undeniably harmonious that happens when lawyers, doctors, educators, and engineers band together in a brotherhood of baritones, basses, and tenors.

“As much as we enjoy singing together,” says president Jack Evans, “our mission is ultimately to raise money for music education.” Using funds gained from patrons and ticket sales, CMC offers four annual $2,500 scholarships, two each to the College of Charleston and Charleston Southern University. The organization has also nearly reached its $150,000 goal for the John J. Kerr Memorial Scholarship Fund, which will sponsor two $3,500 scholarships in perpetuity.

“John was committed to providing financial support to those who may one day return to their communities and spread the love of music to young people,” Evans says of the founding member and two-term president who passed away in 2012. So when William Bennett, a CMC scholarship recipient in 2000 and now director of choirs at Summerville’s Cane Bay High School, was named one of 10 finalists for this year’s Grammy Music Educator Award, it was thrilling indeed. “Ten years ago, William was this wiry kid singing with us,” laughs Evans. “Now he’s a poster child for what we’re trying to accomplish.”

The Memorial Day Concert is at noon on Monday, May 25, at St. Philip’s Episcopal Church, 142 Church St. Find details and ticket info ($20) at www.piccolospoleto.com. Learn more about CMC at www.charlestonmenschorus.org.