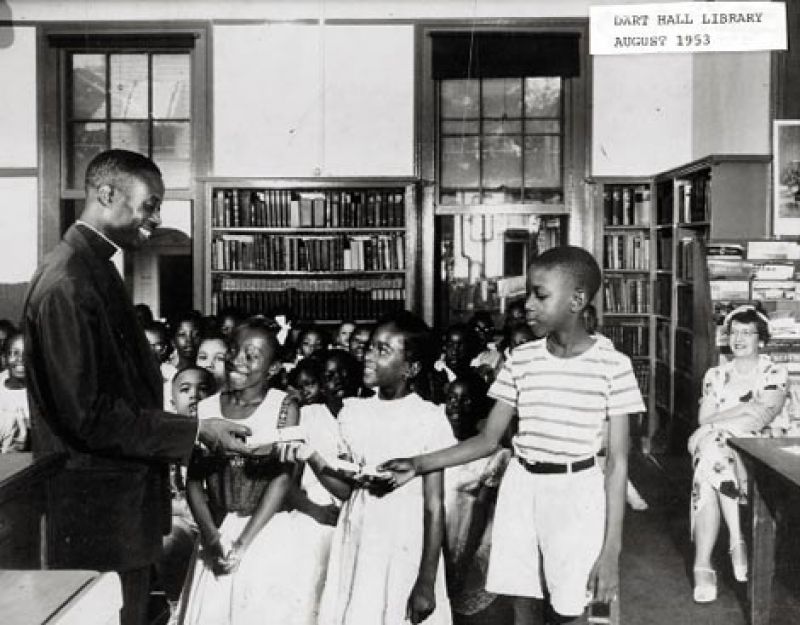 Since January, celebrations have centered around King Street’s John L. Dart Branch Library—lectures, a workshop with Jonathan Green, a teen poetry slam, and more—all commemorating the 85th anniversary of the first free public library in Charleston. And the man who made it possible was an African-American named John Dart, born in 1854 to a free mother who helped pass her slave husband off as free also. Their son would carry on this tradition of fighting for equality.

Dart was valedictorian of the Avery Normal Institute’s first graduating class of 1872 and went on to obtain a bachelor’s degree from Atlanta University. He then studied at Newton Theological Seminary in Massachusetts and was ordained a Baptist minister. Returning to Charleston in 1886, he was instrumental in obtaining aid for the black citizens who suffered in that August’s earthquake. He went on to serve as pastor of Morris Street Baptist Church for 16 years and then at Shiloh Baptist for another 10.

It was in the field of education, however, that Dart made his greatest impact. In 1894, with his own resources and those he could raise across the country, he founded the Charleston Normal and Industrial School, accommodating about 150 black children crowded out of the city’s segregated schools. A kindergarten taught literary skills, and older boys had classes in blacksmith arts, while girls took up sewing.

It was so successful that Dart raised a handsome new building on six lots on the corner of Kracke and Bogard streets. Dart Hall became not only a school, but a social center for adults and, from 1905 on, the location from which Dart published The Southern Reporter newspaper.

The tireless leader constantly lobbied for government to pay for the education of black children as it did for whites. His school grew, eventually becoming the Charleston Colored Industrial School and finally gaining some city funding in 1911. This institution provided the basis for what became Burke Industrial and later Burke High School.

Though Dart passed away in 1915, his daughter, Susan, inherited his dedication and zeal. Seeing the need for a library for African-Americans, she began one in her father’s building in 1927. This, in fact, was the first free library for blacks or whites in Charleston. The Rosenwald Foundation, pleased to see black citizens served, put up money to help Charleston begin a countywide system in 1931. Susan then rented her facilities to the county for one dollar annually. Twenty-one years later, the county purchased the building, and she served as librarian there until 1957. The structure was torn down for what is now the Septima Clark Expressway, and a new John L. Dart Branch Library opened at its current 1067 King Street location in 1968.

“The house that Dart built” is the theme of the library’s 85th anniversary celebration. But John Dart and Susan Dart Butler built more than a structure and an institution. They helped build—and better—our entire community.