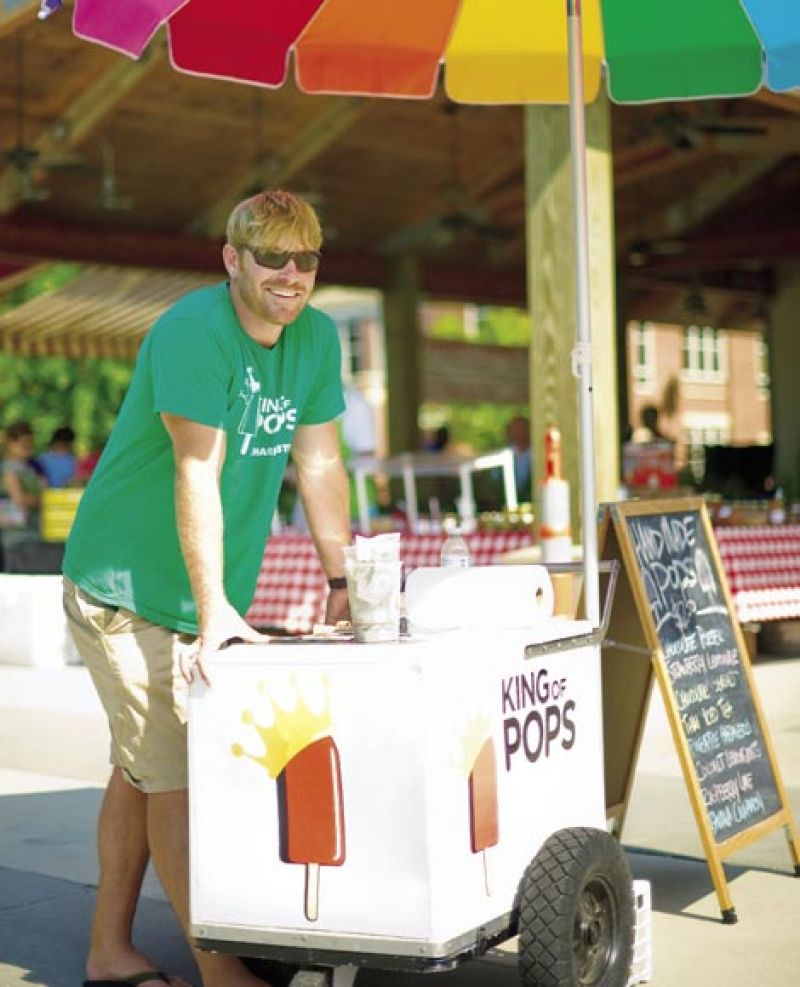 Public Service Announcement: popsicles are no longer just for kids. Thanks to folks like Andy McCarthy, co-owner of King of Pops roving treat stands, the icy sweets have developed beyond the requisite grape, orange, and cherry iterations to more mature, adult flavors. In fact, one of his latest creations features beer. McCarthy teamed up with the guys at Holy City Brewing to craft the Pluff Mud Porter Pop. A tasty blend of the brewery’s signature medium-bodied brown brew and hints of his friend Johnny Battles’ Sweeteeth chocolate, the collaboration is “the three greatest things on the planet all mixed together,” according to McCarthy.

But don’t expect to get a buzz off this frozen number, as the alcohol content is minimal. “It’s really just about the flavor,” he says. Can’t wait for this suds-sicle to show up at the King of Pops stand? Make some at home by stopping by Holy City Brewing’s headquarters or picking up a growler at The Charleston Beer Exchange downtown. “Sweeteeth bars are sold at lots of local places such as Ted’s Butcherblock and Whole Foods,” notes McCarthy. “I recommend getting the ‘Sea is for Caramel’ bar.”

Once you’ve purchased the main ingredients, head to the kitchen. “Blend the milk, cream, and cane juice in a saucepan, then add the chocolate, stirring until it’s liquefied,” explains McCarthy. “Next pour in the beer and salt. Gently stir for one minute, but don’t use a hand blender or whisk unless you want a foam ‘head’ on your pop.” Pour the mixture into popsicle molds, add sticks, then place them in the freezer. “It will take at least eight hours before they’re solid,” he says. Once ready, pack them in ice and tote them to the beach for a brewskie-fied dessert that won’t break any open container laws.

Andy McCarthy leads the local brigade of King of Pops stands. To find out where they’ll be next, follow @KingofPopsCHS on Twitter.