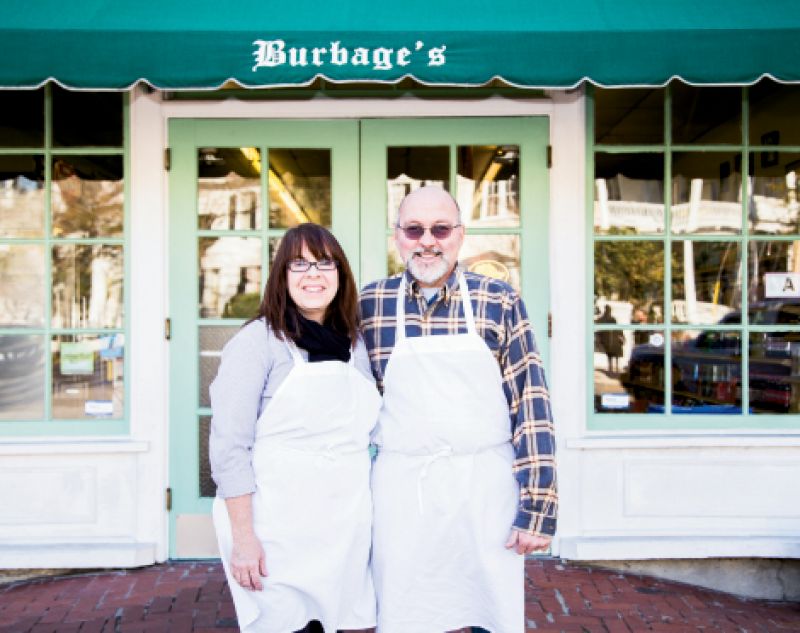 In a city that struggles with change, the news last June that Burbage’s Grocery on Broad Street might close had locals reeling. Al Burbage, who for 26 years had run the store that his father, Robert, opened in 1946, was looking to retire and reluctantly put the space up for sale. But when a potential buyer’s plans fell through, reports began circulating that Burbage’s might shut down for good.

“My getting out of the business was predicated on finding the right people to come in and continue to serve the community, while maintaining the same feel and effort,” says Burbage. No easy task for a grocery that had served five generations.

That’s when George Bowen got wind of it. “My brother-in-law called and said, ‘I might have an opportunity for you,’” recalls George. A mechanical contractor by day, George had owned both Queen Street Grocery and College Corner in the ’80s and was looking for a business he and wife Lisa, a lifelong retail veteran, could own. “We wanted our own business,” says Lisa. “And with Burbage’s, we had a vision for a vintage grocery store—a place where shopping could be like going back in time, but with a twist.”

The feeling was mutual. “They gave me the sense that it was going to be in good hands, that they’d update it but still maintain the same family feel my father started,” says Burbage.

That feel includes Burbage’s famed recipes for his classic backyard chili, Brunswick stew, and potato vichyssoise. “People love Al’s soups, so he’s taught us his recipes,” says George. Burbage, who continues to live above the store, comes down weekly to help with prep and make all the sausage. But the Bowens have implemented necessary changes to help the store catch up with the times.

“The store used to only stay open until 5 p.m. We’ve changed that to 6 p.m. I think people really appreciate being able to come in after work and grab to-go items for dinner,” says Lisa. Shelves stocked with cereals are now full of kitchen goods, fresh veggies, and local Bertolini’s pastas. Plus, they’ve added a breakfast bar.

It’s a departure from what the original store offered, but Burbage doesn’t mind, saying, “It is surreal to see other people running the store. On the other hand, it’s kind of nice.”