Osprey
March 2016
WRITER:
Suzannah Smith Miles
Native to rivers, inlets, and bays, the osprey (Pandion haliaetus) is one of the Lowcountry’s most admired and recognizable raptors. It also happens to be the only hawk in North America whose diet is almost entirely made up of live fish. It’s a rare case when one of these high-divers snags a bird, snake, or small rodent. 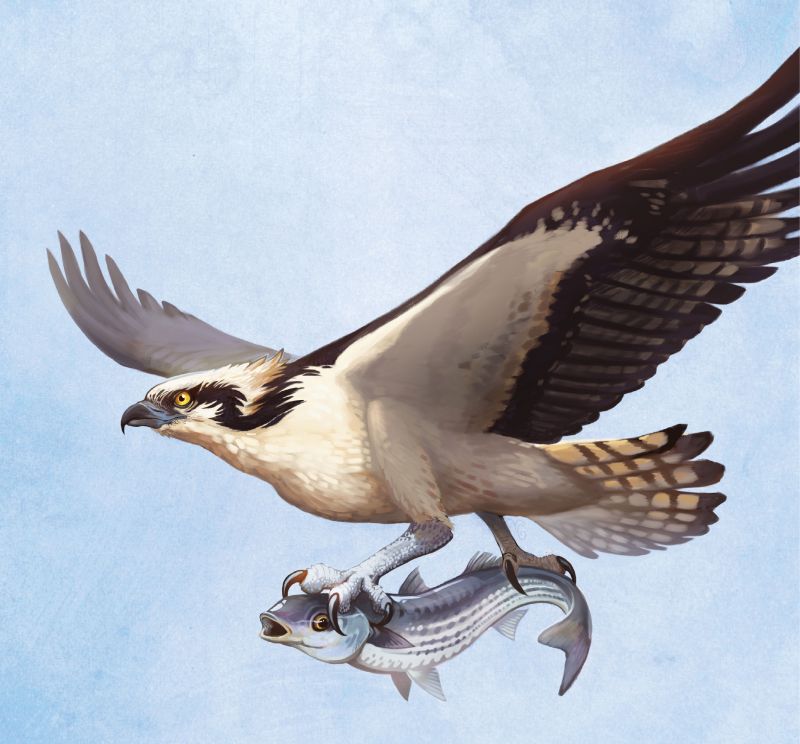 On the Hunt - The only raptor that plunges into the water (sometimes entirely submerging itself), the osprey can often be seen hovering up to 100 feet in the air as it searches for food. Once it has spotted prey, the hunter makes a steep dive at up to 80 mph before hitting the water feet first so that, with luck, it can grab the fish with its talons; typically, one out of every four dives is successful. The bird then flies off with its catch oriented headfirst for ideal aerodynamics.

Back from the Brink - Because DDT and other insecticides resulted in thin-shelled, easily broken or infertile eggs, osprey populations declined drastically in the 1950s and ’60s. Since these chemicals were banned in the ’70s, the birds have moved from the “endangered” to the “protected” species list.

Built to Last - Both sexes collect nesting materials—sticks, plus smaller items like moss and grass—though the female typically arranges the structure herself. You’ll spy the nests high in trees or atop man-made features like utility and lighting poles. Sometimes, municipalities and organizations construct artificial platforms for the birds. For example, the John’s Island Conservancy and Berkeley Electric Cooperative put up one at Legare Farms and another at Mullet Hall.

Big Bird - This impressive creature is often confused with its larger relation, the eagle, because of its similar white and brown markings and tremendous size. The adult osprey’s body can reach nearly two feet and its wingspan five-and-a-half feet.

Family Life - Ospreys often mate for life (they’ve been known to grow as old as 25 in the wild), and a pair frequently returns to the same nest year after year to breed in the spring. A female lays two to four cream-colored eggs with brownish blotches that hatch after five to six weeks. While the male hunts for the family, she remains at the nest to look after the young until they fledge. 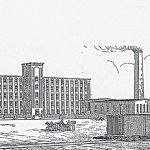 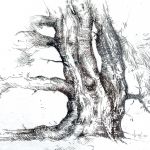