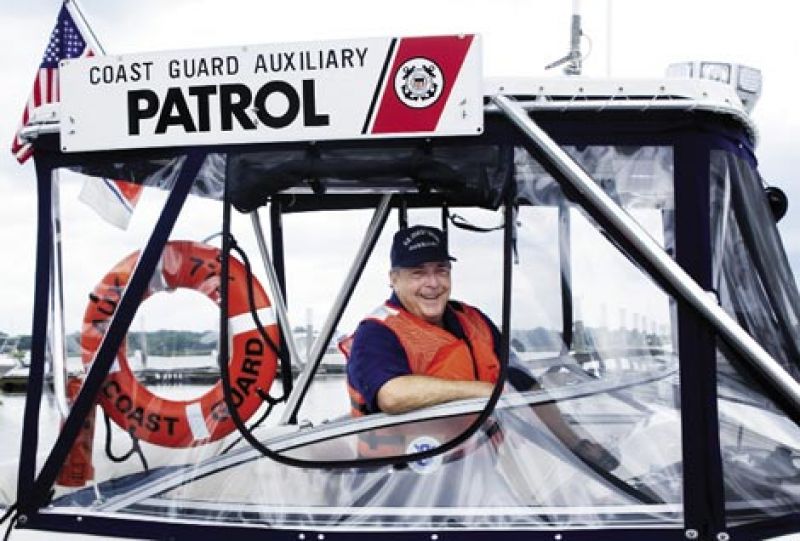 After 25 years in the Navy and 18 years as a government contractor supporting the military, Ron Foreman knew service to his country was a personal calling. But in 2006, when he found himself on the operating table for a fourth back surgery, he decided it was time to take his doctor’s advice and retire. “I woke up every morning and could do whatever I wanted: watch TV, lounge around the pool,” recalls Foreman. “That got old real quick.”

Six years later, Foreman has devoted more than 10,000 hours to the Coast Guard Auxiliary, most recently as the commander of Charleston’s East Cooper Flotilla 12-6. On the water a couple days a week (and around the base on others), his top priority is boater safety. He teaches classes, gives free vessel inspections, and joins in search-and-rescue operations, among other duties.

Since World War II, members of Charleston’s two auxiliary flotillas have donated their time and vessels, along with countless hours spent patrolling. “Our pay is when a boat breaks down and we help tow them in, or when we pull someone from the water and save their life,” says Foreman. “That’s a lot of reward.”

The Summerville resident bought his 22.5-foot bowrider months before joining the force, and the boat turned out to be the perfect patrol vehicle. He modified it with a reinforced hard top, adding safety lights, radios, and foul-weather hardware to ready it for missions in stormy seas.

On the water, boaters needn’t fear a ticket when they’re flagged down by the auxiliary. “We’re not law enforcement. We’re about safety and education, and we try to keep people from getting into trouble by doing something wrong,” explains Foreman, who regularly approaches boats simply to thank them for wearing life jackets.

It sounds like he’ll be answering his calling well into retirement, serving and protecting on our waters.