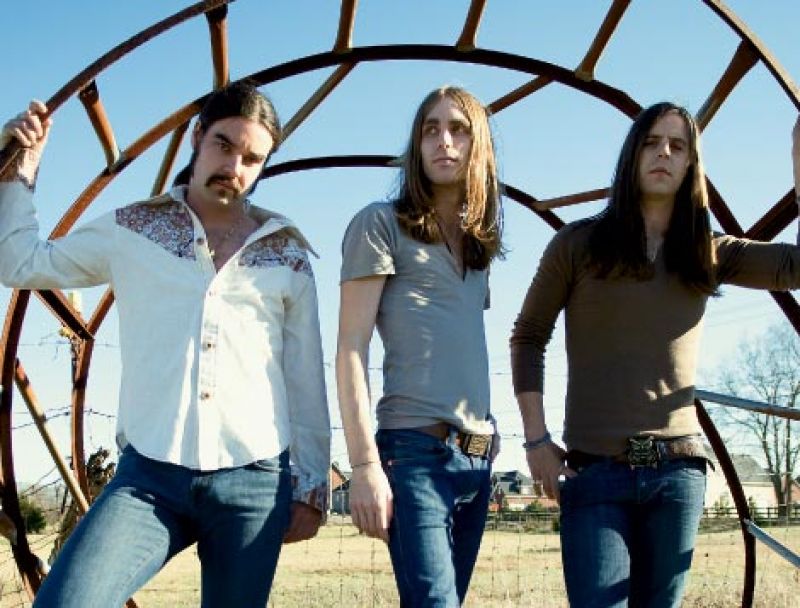 With their scruffy tussled hair, vintage instruments, and oceans of attitude, Charleston-based Leslie is deeply rooted in the classic power trio firmament. The band recalls The Who during
their Live at Leeds heyday merged with the pop sensibility of Big Star and JET. Frontman Sadler Vaden calls them a Southern British rock band who “put Petty, Zeppelin, The Who, and Skynyrd all into a blender.” What separates Leslie from their contemporaries is that they not only know how to rock hard, but to roll with layered melodies revealing the discontented yet hopeful spirit of youth.

Comprised of Vaden (vocals/guitar), Jason Fox (bass), and Jonathan Carman (drums), the group derives inspiration from the saddest of origins. Reeling from the deaths of both parents—his mother to breast cancer on his 21st birthday—Vaden pushed on, attempting to fulfill her wish for the Summerville High buddies to “continue making music on their own terms and grow up to realize their dreams.”

The result is a full compliment of strident songs on The Rebel Souls EP, a short collection written near Memphis. Tunes such as “Freak Flag” exemplify the devil-may-care spirit of the group, pleading, “Tell me you can still remember rock ’n’ roll.”