L’Chaim in the South 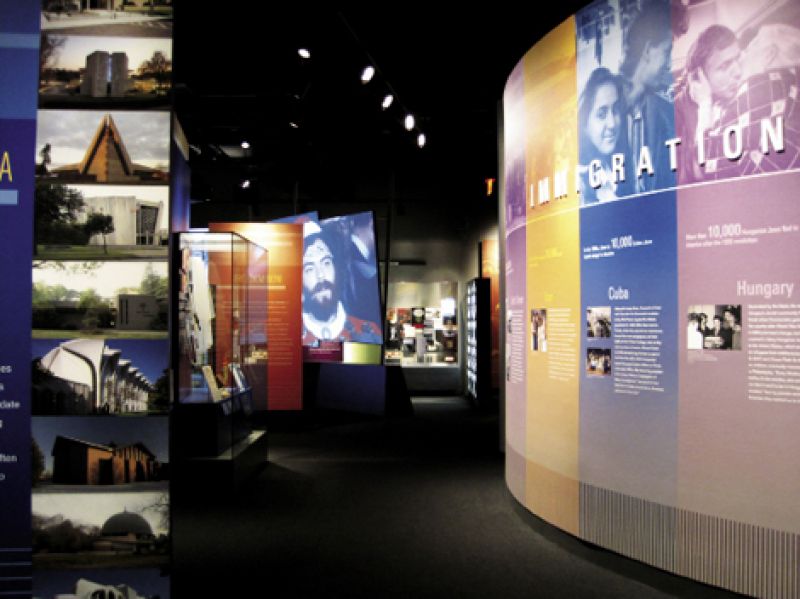 Philadelphia: It’s an historically significant city, of course, home to the Liberty Bell and Independence Hall, where a group of citizens proclaimed freedom from Britain then codified our democracy. And in the center of this famed city’s historic district, 673 miles away from Charleston, there’s a new destination that tells a profound history of the Lowcountry.

Housed in a monumental five-story building that opened in November, the National Museum of American Jewish History (NMAJH) is the only institution to exclusively chronicle the Jewish people in the United States. According to exhibition curator Josh Perelman, there was no question that the Holy City would play a prominent role in the Smithsonian affiliate. “The story of Jews in America couldn’t be told without Charleston,” he asserts. “Because the Carolina colony had a tolerant policy for religious expression, it welcomed Jews into its midst.”

Seeking economic opportunity in the New World, the earliest Jews immigrated to our city in the late 1600s, and by 1749, the thriving community was substantial enough to establish one of colonial America’s first five Hebrew congregations, Kahal Kadosh Beth Elohim (KKBE). At the century’s turn, Charleston boasted the largest Jewish population in the young nation.

As KKBE grew, progressive members clamored to modernize its orthodox practices, presenting a petition in 1824 that called for certain alterations to the traditional service. When leadership ignored the request, a group of dissenters led by Isaac Harby, Abraham Moïse, and David Nunes Carvalho split off to form the first American movement to reform Judaism. The men later rejoined KKBE and helped bring about its evolution as the first Reform synagogue in the country.

The NMAJH opening exhibition showcases Charleston in nearly half a dozen installments, including a circa-1825 manuscript prayer book handwritten by Harby, as well as a choir book dating to 1866 that contains hymns composed by Moïse’s sister, Penina. Dr. Dale Rosengarten, curator of special collections and the Jewish Heritage Collection at College of Charleston’s Addlestone Library, worked with museum staff to identify local objects that represent the national Jewish narrative and last month personally delivered the loaned items. “We’ve been working hard to put Charleston on the map,” Rosengarten explains. “Most people underestimate the role of the South in American Jewish history.”

It’s a history unofficial KKBE historian Anita Moïse Rosenberg understands intimately. The great-great-great granddaughter of both Harby and Moïse, she says her large South Carolina-based family is grateful that the national community can now gain a greater appreciation for her ancestors’ enduring legacy.

On View at the Museum
A wealth of objects with Charleston origins can be found within the NMAJH’s 100,000 square feet:
• Isaac Harby’s handwritten reform prayer book manuscript, circa 1825 (pictured on page 25)
• Choir book (1866) containing hymns composed by Abraham Moïse’s sister, Penina
• Naturalization papers of Simon Valentine (May 26, 1697), the first permanent Jewish settler in the Carolina colony (pictured left)
• Daguerrotype portrait of Solomon Nunes Carvalho (circa 1850), Charleston-born portraitist, photographer, explorer, and inventor
• Civil War memoirs of Septima Maria Levy Collis (1897), Charleston-born wife of a Union general. She writes, “I never fully realized the fratricidal character of the conflict until I lost my idolized brother Dave of the Southern army one day, and was nursing my Northern husband back to life the next.”