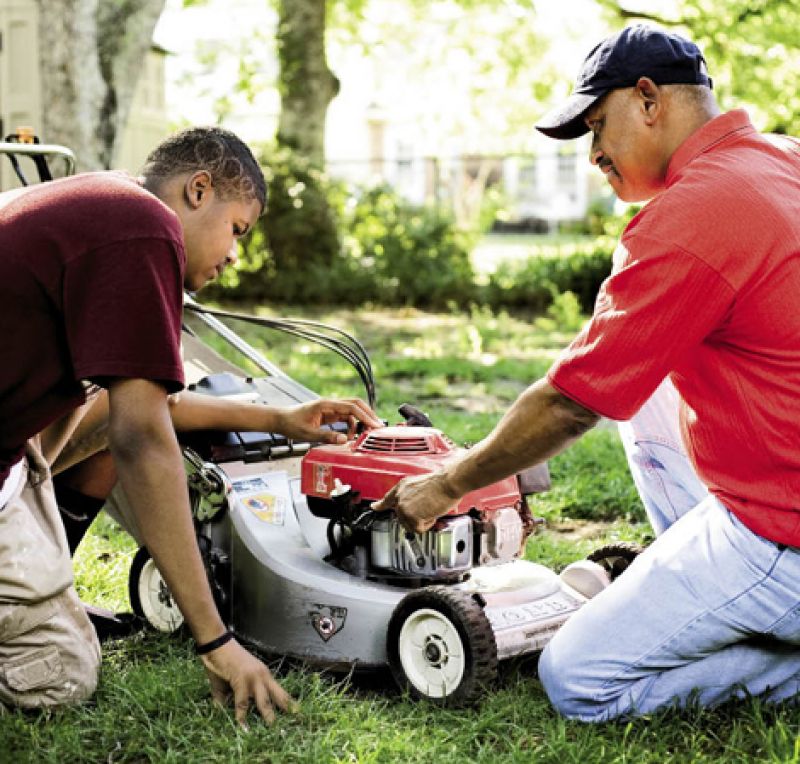 We kept flying higher and higher, and when we got above the clouds, it was phenomenal,” says 14-year-old Jerome Smalls, recalling his first time on a plane last spring. His destination? The Network for Teaching Entrepreneurship “Dare to Dream” Gala in New York. The reason? In just one year, this visionary youth has launched a class project, The HandyKid, into a full-blown business, complete with a teen staff, website, and branding strategy. And just like the pilot on that airplane, The HandyKid founder has taken his craft from the ground up, continuing to climb higher and higher.

As 2011 Student of the Year for Youth Entrepreneurship South Carolina (YEScarolina), Jerome earned the all-expenses-paid trip along with other budding business minds from around the world. And in the Big Apple, he met some big-name folks, including pro basketballer-turned-businessman Magic Johnson. But it wasn’t the former NBA star’s autograph that Jerome sought out; this determined student wanted advice on expanding his company’s reach. “He told us to know our customers and relate our business to them,” remembers Jerome, who says he now makes sure to present himself in a mature manner when dealing with clients.

This well-spoken teen does, indeed, exude responsibility. Perhaps that’s why his North Charleston neighbors have continued to hire him for jobs ranging from painting and planting to caulking and grass cutting. Jerome learned his home improvement skills from his grandfather, Charles Stewart, who, along with Jerome’s grandmother, has raised the boy since he was three. “I believe everyone should have a trade to fall back on,” says Charles, a carpenter, “so when Jerome showed an interest in construction as a kid, I put a hard hat and tool belt on him and brought him to my job sites.”

Last summer, Jerome enrolled at YEScarolina’s Zucker Biz Camp, where the savvy youth found a new application for his talents. During the program, he learned marketing techniques, sales strategies, and how to crunch numbers. “We each made a business plan, and the instructors told us to pick something unique that we knew well,” explains Jerome, who hit the nail on the head when he created The HandyKid. At the end of three weeks, campers pitched their ideas to a panel, and he walked away with the top prize, a $200 start-up grant.

Since then, the entrepreneur has gained a dozen steady clients and begun to hire and train friends for larger jobs. “Jerome is not only committed to the success of The HandyKid, but he is using his business to make his community better, both as a positive role model and by providing a service that strengthens and beautifies his neighborhood,” says YEScarolina founder Jimmy Bailey. Jerome budgeted time in May for a trip to Charlotte, where he was honored by global professional services firm Ernst & Young for his efforts. And since classes let out, he’s become a full-time CEO—at least until high school starts up. “It’s funny, the idea was to raise a great kid who could lower my workload,” jokes Charles, “but now he’s too busy fixing up other people’s homes and accepting awards to do chores around the house!”

Favorite Subject: Math
Extracurricular Activities: Zucker Middle School Student Council, yearbook staff, LEGO team, basketball, and Salvation Army volunteer (for which the school named him Volunteer of the Year)
College Aspirations: A double major in business and public relations
Profit Plans: Jerome puts at least 15 percent of his earnings towards tools and other business-related equipment. He spends the rest on clothes and new electronics, though with his learner’s permit right around the corner, he says he’s also saving for a car.
Fun Fact: During his trip to the Big Apple, Jerome visited the New York Stock Exchange. His tour group was taken down on the floor, where he met “James,” Warren Buffett’s personal broker. Jerome also got to ring the bell. 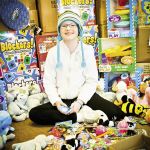 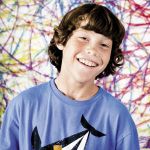