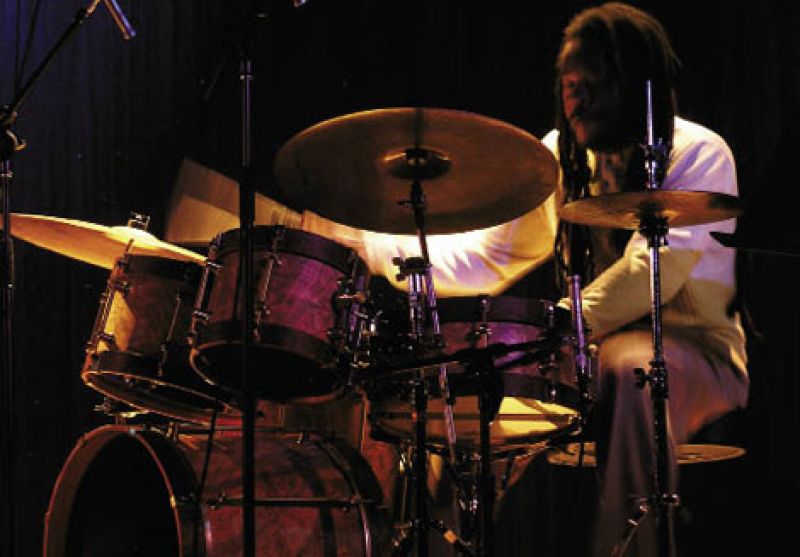 Quentin Baxter’s smooth and sophisticated reputation precedes him. Born in Charleston, this superb drummer grew up playing in church with his family of percussionists—mother, father, and three brothers. Recognized for his prodigious talent at an early age, he became a first-call drummer for gospel artists around the region.

After earning his degree in music theory and composition at CofC, where he is currently an adjunct professor of jazz percussion, Baxter began attracting attention on the national jazz stage. Rooted in swing, bebop jazz, and Gullah rhythms, he is a musical explorer who readily adapts to Latin, blues, whatever the music requires. His collaborators include Oscar Rivers, Fred Wesley, Marcus Roberts, Wycliff Gordon, and Rene Marie, who has charmed Spoleto Festival audiences and routinely welcomes Baxter aboard her internationally touring band.

Lesser known is what the music means to him. “I try to keep it parallel in all my experiences,” he says. “Music guides me to be a better human.” Baxter considers musicians, fans, and others part of his extended family. “I really appreciate the relationships and interactions with people everywhere I tour,” he says. “Hopefully, I can manifest what the music is requiring of me and communicate that honestly to the audience.”