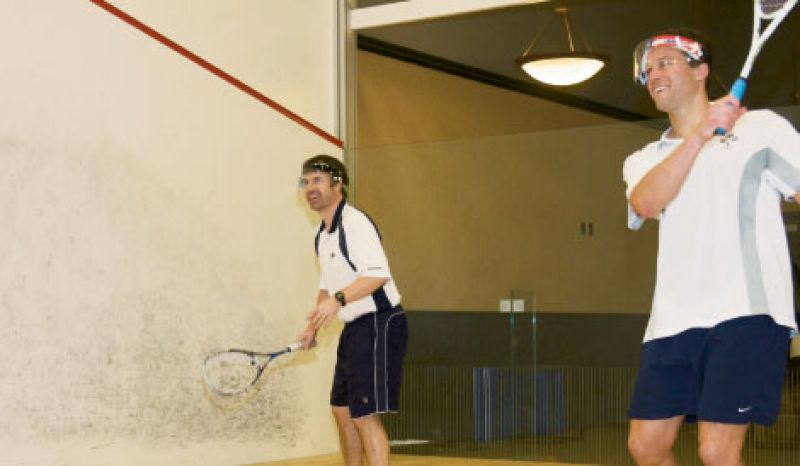 Ask a Southerner about squash, and you’re more likely to hear commentary on the edible fruit than the merits of the squishy American-style ball over the harder international style. But awareness of squash, the sport, is growing. A leisure and exercise staple of the U.K. and New England’s well-to-dos for more than a century, the classic ball-and-racquet game has garnered an enthusiastic local following.

In 2006, Buddy Darby spearheaded construction of the Charleston Squash Club. A modest green shed belies the ornate facility within (complete with mahogany bar and impressive trophy case), where professionals gather to compete. In hiring an in-house pro, the club made a straight drive to the top, recruiting former U.S. coach and national champion Richard Millman.

Squash has long been an upper-crust pastime, but it’s also proven positive for at-risk youth. During his time in Westchester, New York, Millman helped found City Squash, a mentoring group that introduces inner-city kids to the game while promoting academics and community. Now he and a team of enthusiasts including Todd Abedon hope to score that success here.

In April, Chucktown Squash will bring to the courts fifth and sixth graders from Sanders-Clyde Elementary. “The program will give students a more rounded sense of themselves and what the world offers,” says principal Melvin Middleton Jr. Sixteen kids will attend the summer and after-school program utilizing existing and newly renovated courts at MUSC. “We’ll teach them how to win and lose, be healthy, and stay in school,” adds Abedon. Millman, a coach for College of Charleston and Porter-Gaud teams, also points out that squash demands both physical and mental stamina. “It’s like athletic chess,” he says. “Once you reach a certain point, you can’t just pound the ball. You’ve got to play a thinking game.”

Millman has lofty aspirations for the sport here. He hopes to foster interaction among social groups that might otherwise not encounter one another. But for now, he laughs, “I’m just trying to persuade people that squash isn’t served on a plate.”