Chillin' on the Clock

Chillin' on the Clock
July 2009
Meet five locals whose jobs help them keep their cool when the mercury peaks. 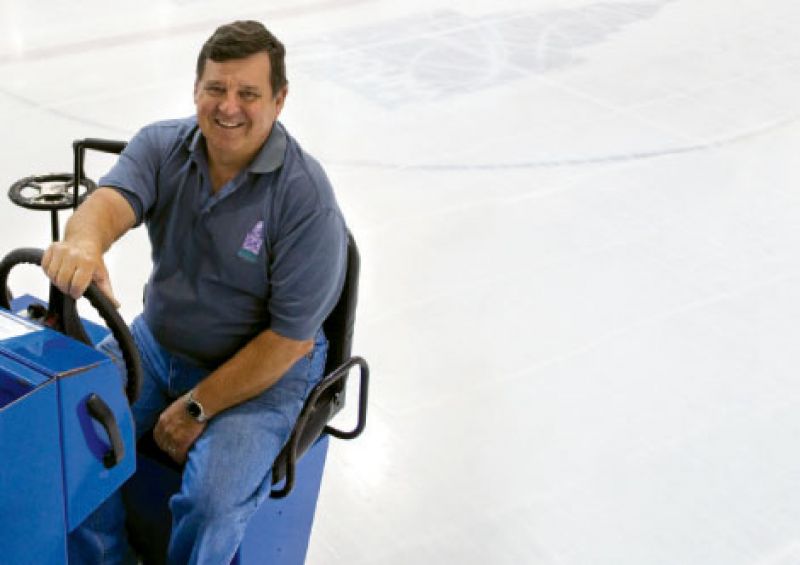 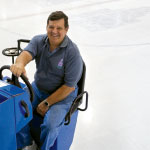 Keeper of the Ice

32,000 snow cones: that’s what the Carolina Ice Palace could serve when its rink’s inch-thick layer of solid H20 is shaved. But Jerry Folk would never let them do that—the venue’s director of operations meticulously cares for the chilly surface, including Zamboni duties. That machine shaves the ice, washes it, and adds a fresh layer at a scorching 150°F. Hot water means clear ice, which freezes in six minutes flat. Folk, a lifelong hockey player, came to the position after 25 years in the Air Force. When he clocks out, you’ll still find him on the rink, playing hockey or refereeing. “It’s a job you have to have fun with,” says Folk. “And it’s the only one in Charleston where I’m shoveling snow every day in July.” 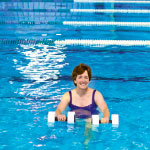 “You can do almost anything in the water, no matter what physical limitations you have,” says Maggie
Epstein, lead water aerobics instructor at St. Andrews Fitness Center. The former med tech discovered the sport while serving as a caregiver for the elderly. Every day, she works in the pool with people suffering from arthritis, hip and back problems, and multiple sclerosis. Epstein coordinates submerged dance routines and mountain-climbing and bike-riding simulations, eliminating impact on joints (and keeping body temperatures down). Who doesn’t want to be doing jumping jacks at age 90? Now that’s cool. 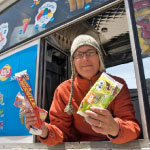 An ice-cream truck sees no societal boundaries. Whether Margaret Dear parks Mr. Koolie at an East Side basketball game or on a Daniel Island street, the reaction is equally enthusiastic. Dear and partner Ross Robertson, who found the vintage ice-cream truck on eBay, are grateful on a midsummer day that fate allowed the luxury of an onboard refrigerator full of shaved ice. The pair man their three trucks themselves, five to seven days a week. “Mr. Koolie is the bomb rock star,” says Dear. “It doesn’t seem to matter where he goes.” 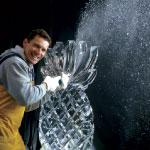 Summerville ice sculptor Brian Connors likens himself to a Jamaican bobsledder. Walk into his 16°F “office” on a triple-digit day and you’ll be greeted by a man in a heavy winter coat, bib overalls, and a hooded sweatshirt, carving the ubiquitous pineapples and ice luges, as well as kissing doves. “A good design looks good even at the end of the night,” he says, explaining that at 73°F, a sculpture loses half an inch of thickness per hour. “The details of the doves’ feathers may be gone, and the beaks are just barely kissing. The whole thing is so thin it looks like blown glass.” 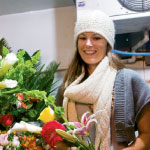 For floral designer Meagan Wientjes, the bounty of spring can’t follow the heels of winter quickly enough. But as the temperatures rise, the four hours a day she spends in the cooler at Buy the Bunch’s Mount Pleasant shop remain a crisp 45°F. “My hands are always cold,” says Wientjes, who keeps a selection of sweaters on hand to match her summer outfits. After hours of creating bouquets, she often has to run outside to warm up. 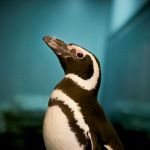 Need a reprieve from the urban swelter? We've compiled some great local spots for beating the heat

When the temperatures rise, this lifelong tomboy turns up her feminine style.

With skin on the fairest side of pale, this beach dweller becomes a hermit crab in the summer.
Resources:
charleston / Street / Design / artist / Daniel Island / Basketball / bouquets / Shop / Dance / Life / Spring / Floral / Fun / ONE / Overalls / Pineapples / Side B / Summerville