Built to Last
May 2013
WRITER:
Anna Evans
The Preservation Society of Charleston rallies support around their 2013 list of “Seven to Save” 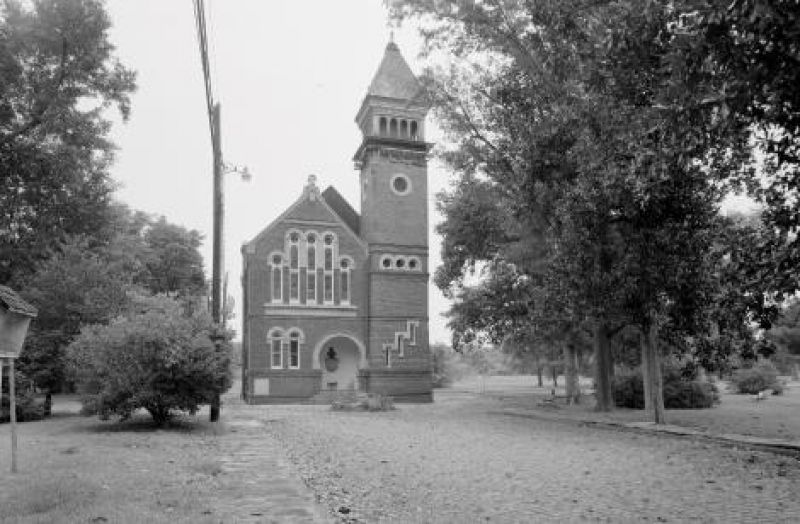 “The scope and aim...should be very far reaching, ramifying into all parts of the city and all branches of the work of preservation.” It was in this way that the Society for the Preservation of Old Dwellings described its mission at a May 5, 1920 meeting. Today, that group is known as the Preservation Society of Charleston, but it follows the same tenets, protecting our city’s grandest buildings, but also humbler pieces of the past.

“We work to be aware of preservation needs in parts of the city that aren’t necessarily on the tourist circuit—of historic resources that are important in telling a complete history of Charleston, such as an abandoned trolley barn,” says executive director Evan Thompson.

To help focus the nonprofit’s work—and the public’s attention—they’ve announced a list of “Seven to Save” during National Historic Preservation Month each May since 2011. Whether a building, park, or collection of plats, the seven are chosen based on the society’s belief that within two to three years, “we can make a real difference in saving or recognizing a site,” explains Thompson, noting that each locale also represents a larger issue. “For example, the Beckroge Bakery is a timber-frame corner store. There are a host of similar stores in town that need preservation,” he says. “We can learn from one project, then apply those results elsewhere.”

At the Preservation Party on April 27, the 2013 Seven to Save were announced (see sidebar). Look for special events to center around them throughout the year, including a series of dinners inside the unrestored sites—the Trolley Barn is first up in July—thanks to the help of local chefs and design pros.

Beckroge Bakery
(487 King St.)
From 1890-1973, a family of German immigrants ran a bakery in this 1852 building. Wider issue: Historic vernacular architecture is being lost in a busy area of development.

Enston Memorial Hall
(900 King St.)
Constructed in1889 as a community meeting place within a city-run home for the elderly and infirm
Wider issue: This rare example of Richardsonian Romanesque architecture represents the challenge of finding a use for buildings that have lost their original purpose.

Hampstead Mall
(America & Columbus sts.)
The Village of Hampstead was laid out by Henry Laurens in 1789 with a central square, later divided into four parks Wider issue: The need to improve Eastside civic spaces

Trolley barn complex
(665 Meeting St.)
Buildings were constructed in 1897 and 1902 to house and maintain the city’s first electric streetcars. Wider issue: Adaptive-use solutions are needed for many early-20th century transportation buildings and warehouses.