Bill Carson
May 2013
WRITER:
Stratton Lawrence
PHOTOGRAPHER:
Gately Williams
Musician Bill Carson is dedicating his life to the next generation 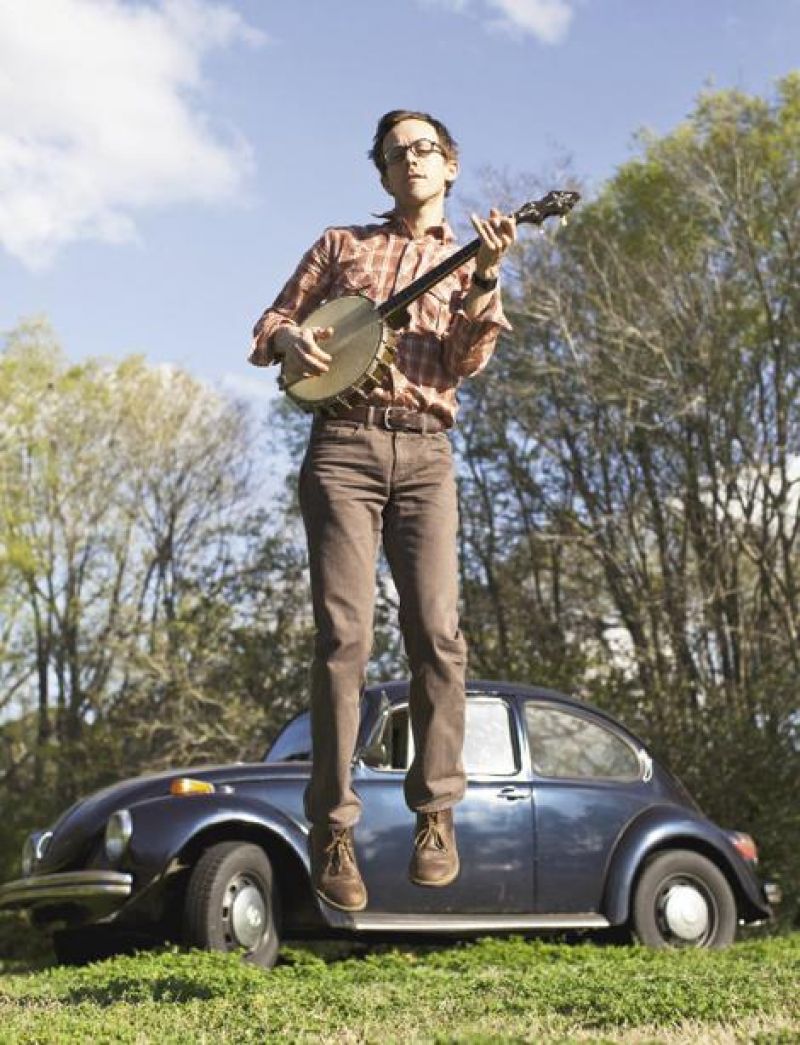 When you’re good—really good—it’s not a delusion of grandeur to dream big. Bill Carson could have easily carved out a successful life on the road, playing his poetic folk-rock songs, chock-full of raw imagery and emotion, to eager audiences. Instead, Carson is more than satisfied to keep close to home and take the opening slot for pals like Shovels & Rope, who play and write in the same vein, when they return to town (he kicked off their February sold-out show at the Charleston Music Hall). The next day, he’s back at work creating stained glass at Hines Studios on King Street, a job he’s held for 14 years, minus a brief excursion to volunteer in a soup kitchen and homeless shelter in Rome, Italy.

After work these days, you’ll find him in a closer “shelter”—the Cannon Street YMCA—recording handclaps, singing, and keyboard interludes with downtown children. He takes the recordings home to mix before bringing them back to the “Y” to share. “The kids will say, ‘That sounds like a real song!’” laughs Carson. “I tell them, ‘It is a real song. You made it up.’”

Those sorts of tangible learning moments are behind Carson’s decision to head back to the College of Charleston this fall for a master’s in education (he’s a class of 1999 alum with undergrad degrees in philosophy and fine art). Although he’ll still record albums (his most recent is Bridges, a five-song EP released in December)and take on commissions to score film, dance, and documentaries (he frequently writes and records the music for videos documenting art exhibits at the Halsey Institute of Contemporary Art), Carson’s days will soon be filled with the energy of a room full of elementary school students. “There was a time in my twenties when I more fully identified as an artist,” Carson admits. “Now I’m seeking something more than the strictly artistic rewards of being a musician.”

After graduating, Carson hopes to teach at a downtown public school—perhaps at a magnet Montessori program like the one getting started at James Simons Elementary. “I think being in class with kids who have had a different set of opportunities shows how we’re all connected in a community,” says Carson. “Youth programs that bring kids from different socioeconomic backgrounds together are the ones that are the most successful.”

That sentiment reflects a continuation of Carson’s career, thus far. He’s a Charleston coordinator for OneBeat, a U.S. State Department program that brings together musicians from around the world for a tour focused on cultural diplomacy in schools and community programs. Likewise, a 2011 project to document indigenous music on John’s Island (watermyflowers.org) found Carson attending traditional Gullah gospel services, hanging out with Mexican immigrants playing Norteño music, and recording a scream-metal band in a garage. “I grew up here, and I like learning about our cultural history, particularly music, so my motivation for that project was for my own education as much as anything,” says Carson.

He feels similarly about his six albums and EPs, dating back to 2004’s The Copper Look. Although they’re all available for free listens or purchase at his website (billcarson.biz), their creation is born simply from his desire to document his songwriting and out of the joy of playing music with his friends.

And Carson has no intention of letting music become a part of his past. He maintains a weekly Thursday gig at O’Hara & Flynn Wine Bar on Meeting Street, and wherever his teaching career takes him, he knows that music will play a role. “Through music, I’ve ended up having these different experiences with education and outreach,” says Carson. “I eventually realized that it’s those parts of my life that are most rewarding for me. I still like playing music for its own sake, but I want a little bit more.”