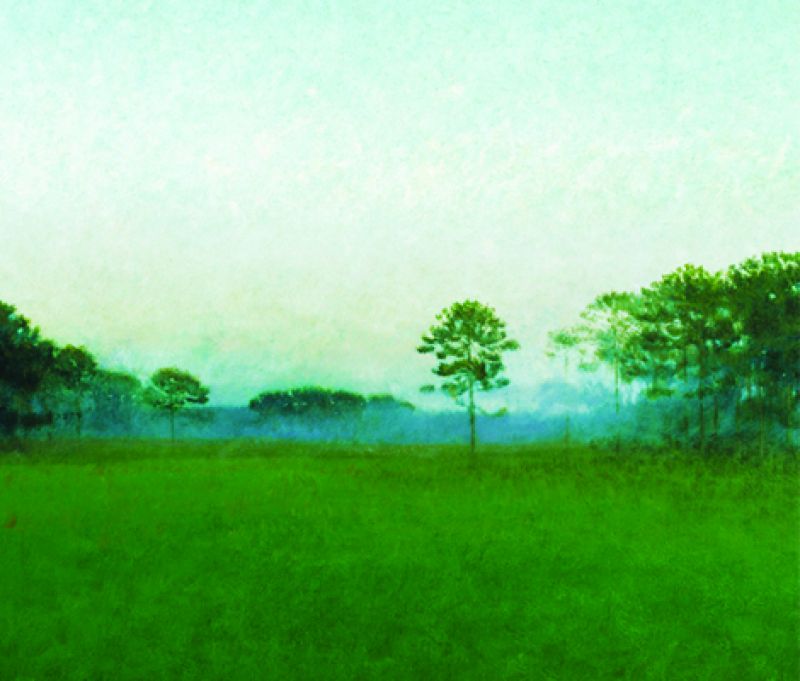 At first glance, the Lowcountry landscape appears a bit plain—just flats and marsh. But spend some time watching, and a decidedly more powerful vista reveals itself. The same could be said of Mickey Williams and his seemingly subdued landscape paintings. He’s a button-up man, living on a quiet Mount Pleasant street, happily married, with three teenage kids, but when you really get to know him, a more complex soul emerges.

Williams gave a predictable career path his best shot, studying government and pursuing “real” jobs. But his love of painting had begun early, when his parents discovered that a reliable way to settle down their rambunctious son was to sit him in front of paper and paints. Years later, with encouragement from his wife, Jenlu, he again picked up the brush and hasn’t turned back since.

In the early ’90s, Williams took the top prize at the Piccolo Spoleto juried art expo two years in a row, opening the doors to great success and a loyal following. Demand for his work became so great, “I could barely paint fast enough,” he jokes. Williams’ paintings have graced governors’ mansions, prominent corporate collections, even an ambassador’s hall in Tanzania.

His canvases, created layer by layer, are hypnotic landscapes of marsh and sun and sea that anyone who has seen, felt, and loved the Lowcountry can appreciate. There are palmettos, and on rare occasion, a house takes center stage, but for the most part, Williams’ paintings are soothing stretches of coastal terrain and the depths of nature contained within. “Mickey’s true talent lies in capturing the light and essence of what makes the Lowcountry a special place,” says Vickie Baker, a longtime collector of his work. “You feel as if you’re there; you can almost hear the mosquitoes buzzing and smell the creek.”

In singular fashion, Williams creates these familiar scenes with respect to the emotion, calm, and wonder such landscapes inspire. Deftly attuned to the mystery that lies beneath the water’s calm, he paints with a keen sense of nature’s beauty and a hint of the lingering power that nature can unleash. One work captures a rainbow settling over dunes; another suggests a storm rumbling on the horizon. His canvases effortlessly sweep from serene to moody. “The process is a controlled burn,” says the artist.

Though Williams has worked from several studios over the years, his most recent space is right at home, where he transformed his garage into a “man shack.” Surfboards and canvases are neatly stacked against the wall. There are relics from the past, a collection of tribal masks, a stunning chunk of oyster bed, a library of music, and organized tubes of paints and brushes. Williams gestures to a large work in progress and talks of how “our time is so tentative on Earth.” With that in mind, it’s most compelling to take a seat in a plantation chair, stretch out your legs, and revel in the painted sunset unfolding before you. 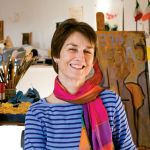