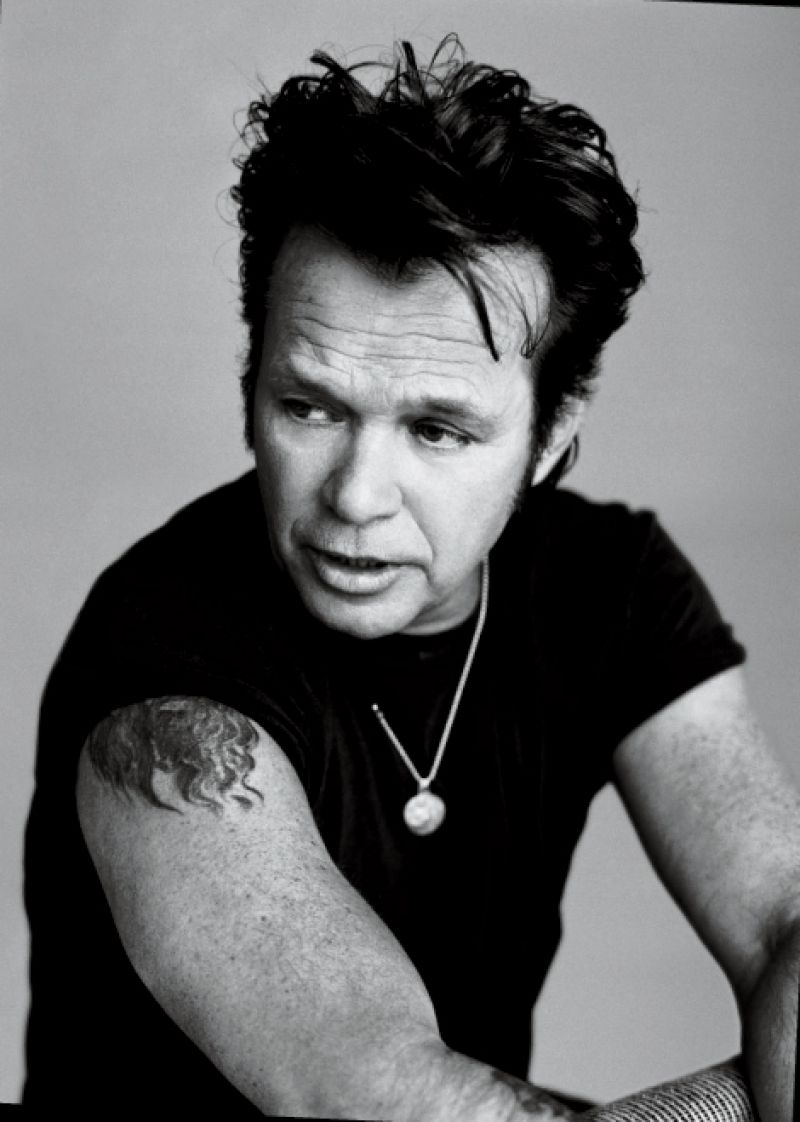 Thirty-five years in the business, 22 Top 40 hits, 40 million albums sold, and a 2008 induction into the Rock and Roll Hall of Fame, yet he is still not cool. For critics and hipsters, he’s never set the trend, never been in on the joke, and is a little too forthright, too earnest. And this is exactly why John Mellencamp survives and continues to make exceptional music.

Part of a continuum of timeless American songwriters with an original voice—Woody Guthrie, Willie Nelson, Bob Dylan, and Bruce Springsteen—Mellencamp sings for the people of Seymour, Indiana, and every forgotten small town in the U.S.

As the story goes, he signed to MCA Records in 1976 as Johnny Cougar, a manager-given name that took two decades to shake off. By now, who hasn’t heard the hit singles “Crumblin’ Down,” “Small Town,” “Lonely Ol’ Night,” “R.O.C.K. in the U.S.A.,” and, of course, “Jack & Diane”? Mellencamp joined Willie Nelson and Neil Young to launch Farm Aid in 1985, suffered a heart attack in 1994, won the Billboard Century Award in 2001, and is currently wrapping up the Ghost Brothers of Darkland County, a musical theater collaboration with author Stephen King.


His August 2010 release, No Better Than This, is the coup de grace of an epic, winding journey for the workingman’s musician. It was made with one microphone on a 55-year-old mono tape recorder at historic locations in the American South, including Savannah’s First African Baptist Church, Memphis’ Sun Studios, and the Gunter Hotel in San Antonio, where bluesman Robert Johnson recorded more than 70 years ago.


The story of the album’s creation is revealed in a documentary, It’s About You, that will play at the beginning of Mellencamp’s November 9 show at the North Charleston Performing Arts Center. Then Mellencamp takes the stage with a small vintage country, blues, and rockabilly combo; an acoustic segment; and finally a full rock band.

If a life and career this productive, original, and impactful aren’t cool, then nothing is.