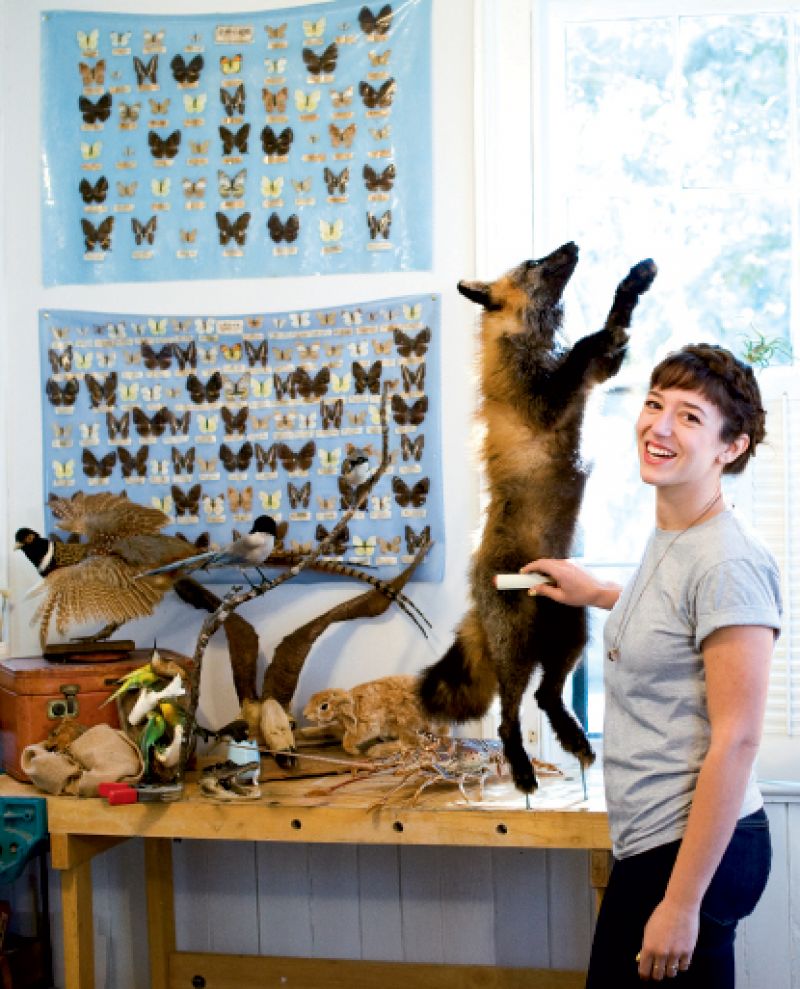 Like a lot of artists, Becca Barnet surrounds herself with objects that inspire her. Unlike a lot of artists, these objects include a pig heart in a jar, dead butterflies, and lobster molts. Trained at the prestigious Rhode Island School of Design (RISD) and the Missouri Taxidermy Institute, Barnet creates everything from intricate drawings to sculptures to museum displays inspired by the natural world. In Charleston, you can find her unique creations at places including The Ordinary, the S.C. Aquarium, and, starting this month, Xiao Bao Biscuit.

Getting into taxidermy: When I was a junior at RISD, I started answering most of my assignments through sculpture. I found a great pleasure in presenting things realistically even though they were false, and the theme of preservation ran though all my work. This involved making newborn baby birds without using any real birds, for example. I began to experiment with animal parts, and the next progression of my curiosity was taxidermy.

Sourcing animals: I source from various places, but the main one is taxidermy.net. There is a forum with wanted/for sale sections, and you wouldn’t believe what people post .

Dirty work: If I buy a whole animal, I do have to skin it, but most skins I buy online come already tanned or salted and ready to be sent to the tannery.

Finding the beauty: I see taxidermy not as grotesque but as a celebration of life and a way to give that animal another chance on the planet.

Doing business: In February 2012, I formed Sisal & Tow, a fabrication studio that makes custom works of art for individuals and businesses. We will create, preserve, re-appropriate, re-arrange, or re-finish.

Current work: I just finished a wearable taxidermy deer head for a theater company in Copenhagen. Some projects on the 2014 roster are a permanent art installation for Cortney Bishop’s new interior design office; hand-painted tiles for new fish and seafood restaurant Leon’s; and a taxidermy goat for Tara Derr Webb’s Farmbar.

Opening a gallery: Sisal & Tow is opening a gallery late this spring. While I can’t share the location right now, I can promise there will be affordable, accessible taxidermy, as well as beautiful objects made by astounding artists from Charleston as well as all over the U.S. 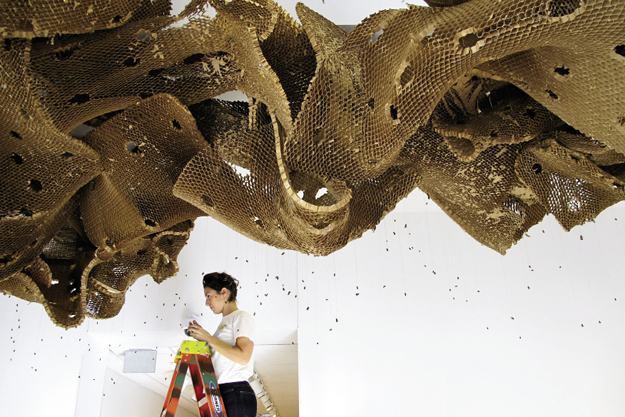 Articulation of a mouse skeleton; Apiary, an installation created for The Halsey’s 2012 Honey Moon membership celebration, featuring 700-plus preserved honeybees 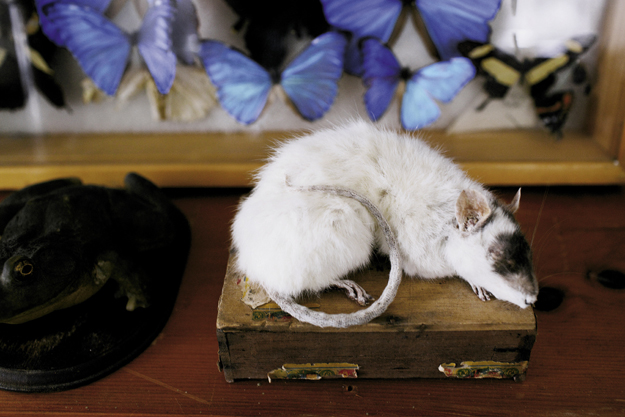 A pet rat that Barnet mounted after its death. 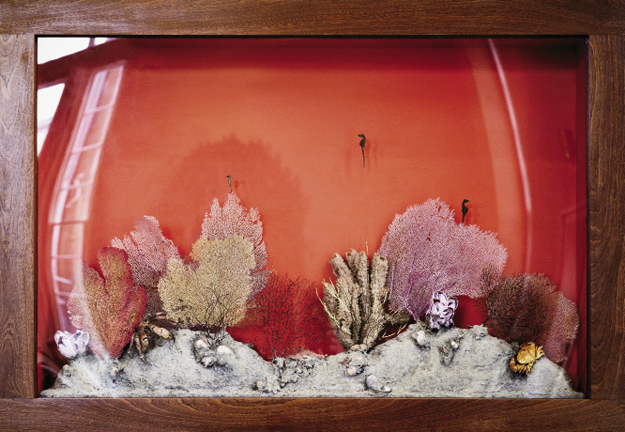 Marine Case, made for The Ordinary in 2013