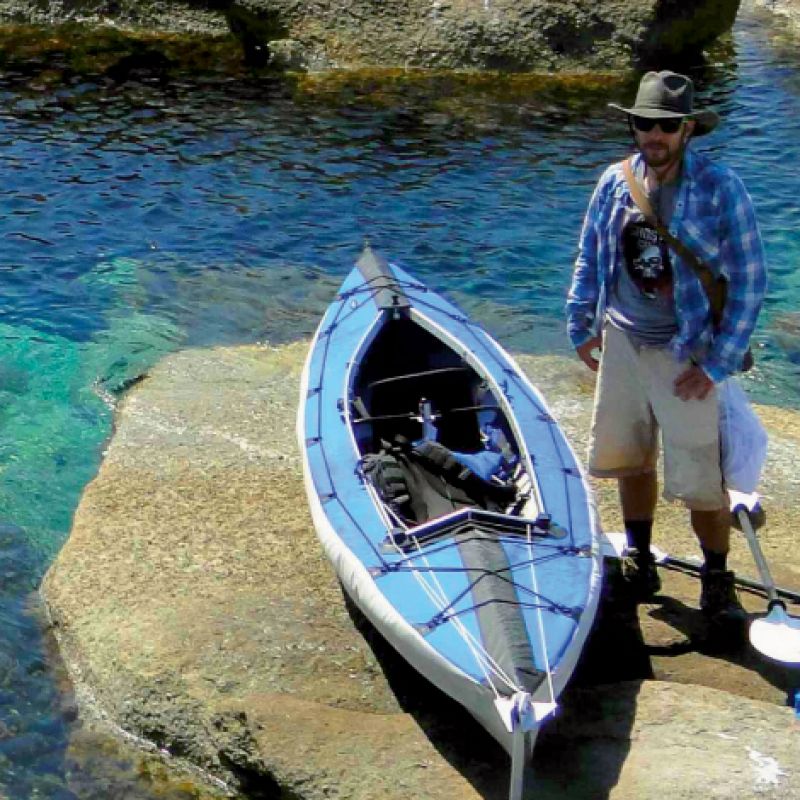 Eric Thome gets calls from folks reminiscing about paddles they took decades ago­­­ in folding kayaks by Folbot. Back then, clients helmed wooden models the London-born biz introduced in 1933. Today, they select from among 10 aluminum-frame boats (covered in durable fabric) that collapse into backpacks for loads as light as 24 pounds. And they probably add accessories like a sail kit or specialized seat, too.

It was the customer loyalty and impressive history—the enterprise moved to the Holy City in 1953—that drove Thome to partner with Scott Peckham in buying out two of Folbot’s owners in 2012. The third, Bill Turner, stayed on, and the trio set to work streamlining the operation. With six employees now making products on demand in a North Charleston factory, they can quickly respond to orders and requests, like those from global users in Folbot’s active online forums.

“Recently, people were talking about kneepads for the Cooper model, and an employee who’s been here 32 years said, ‘Oh, we have this foam [that will work].’ We started prototyping it right there and in two days had a design ready for production,” says Thome. This month they debut an artist series of boats adorned with works by local painter Raven Roxanne—another example of how Folbot is creatively navigating into the future.

Milestones in Folbot’s 81 years in business 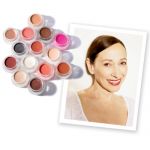 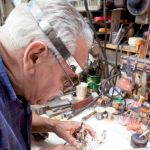