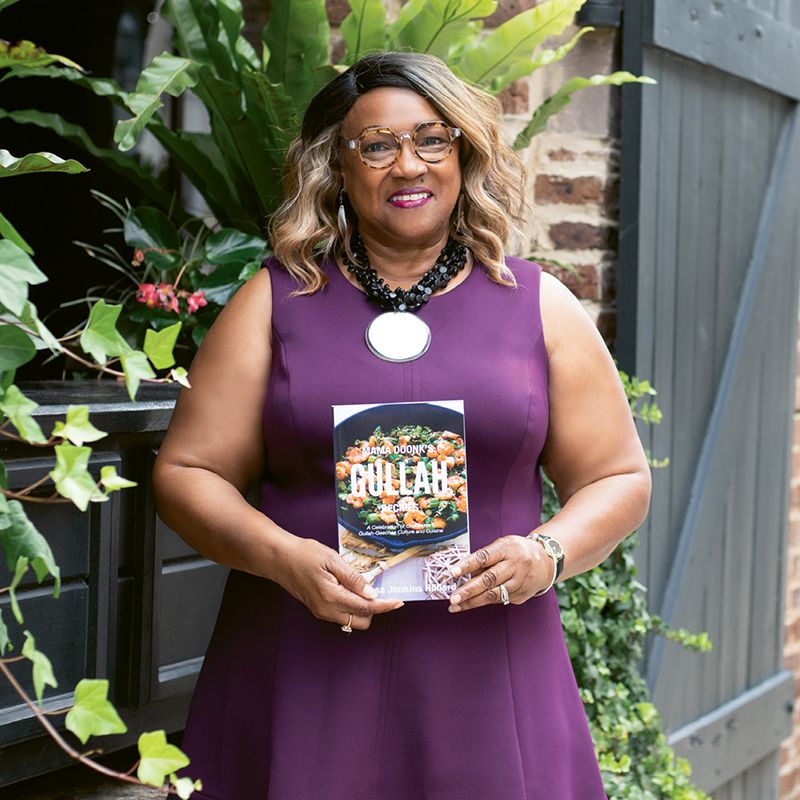 Mama Doonk’s Gullah Recipes is available on GullahRecipeBook.com and at the Preservation Society of Charleston, Edisto Island Museum, Neema’s Fine Art Gallery, and many other Charleston locations.

Gullah preservationist and storyteller Theresa Jenkins Hilliard first learned the value of resourcefulness from her grandmother, known as Mama Doonk. “When I was a little girl, Mama would say, ‘Hold on to my frock tail,’” recalls Hilliard. “She knew right away if I let go.”

Together they harvested crops Mama planted, or ventured into the woods of their family’s land on Edisto Island, hunting game. “We didn’t have much growing up,” says Hilliard. “Mama cooked the way all Gullah people cooked—with what we had available to us. We ate a version of farm-to-table long before any trend. We made meals out of nothing and everything.”

Be that squirrel, possum, turnips, or peas, Mama ensured every last morsel did not go to waste. Such ingredients would come to taste like home when prepared by the resilient women who raised Hilliard—the very women who serve as the inspiration for Mama Doonk’s Gullah Recipes, a cookbook published last fall.

Charleston’s current culinary landscape would not exist without the vital contributions of the Gullah-Geechee people who, like Hilliard’s West African ancestors, were brought to the Lowcountry as part of the Transatlantic Slave Trade. “My generation is the last to have direct contact with our ancestors whose only language was Gullah,” says Hilliard. “It wasn’t until my retirement 12 years ago that I decided to become a Gullah storyteller. I felt a responsibility to pass my family’s rich language and history on to my children, grandchildren, and ultimately to others.”

For her efforts, Hilliard has been deemed a teaching artist in residence with the South Carolina Arts Commission. She has also visited numerous classrooms, museums, libraries, plantations, and festivals to share Gullah culture across South Carolina, Georgia, Florida, and Massachusetts.

Her cookbook, which contains anecdotes and photographs, is perhaps more of a living document, bridging what has become a palpable generational divide. “When I first told my children about the food we ate when I was young, they were shocked by certain dishes and said, ‘You ate all that?!’ Eventually, they encouraged me to write everything down. They could see this was something important, left out of traditional history books.”

Recipes range from Hilliard’s personal favorites, such as her Aunt Edna’s zesty macaroni chicken salad or Mama Doonk’s chitlins, to grits with pork butt and eggs or barbecued pig’s feet. Many of the listed measurements have an instinctual quality, often calling for pinches, dashes, and palmfuls to taste. “It’s a book I hope readers will read and say, ‘My grandmother’s cooking is just like that.’”

More than a how-to text, Mama Doonk’s is, as Hilliard says, “a memory piece,” honoring four generations of her family. “I don’t want people to forget the way things were. If we don’t preserve the past for our children, a part of us will be lost forever.” 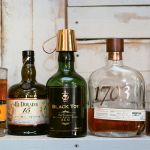 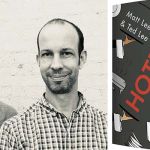 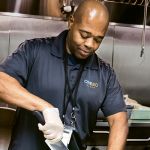