With an intricate design featuring swords and spears, the famed Sword Gate at 32 Legare Street isn’t quite what you’d expect to see fronting a gracious mansion. And in fact, its motif of strength and power was intended for a very different building: the city’s 1830s Guard House, long since demolished. The facts behind the piece’s arrival on a quiet residential street are a bit murky, though it was certainly made by renowned Charleston ironworker Christopher Werner 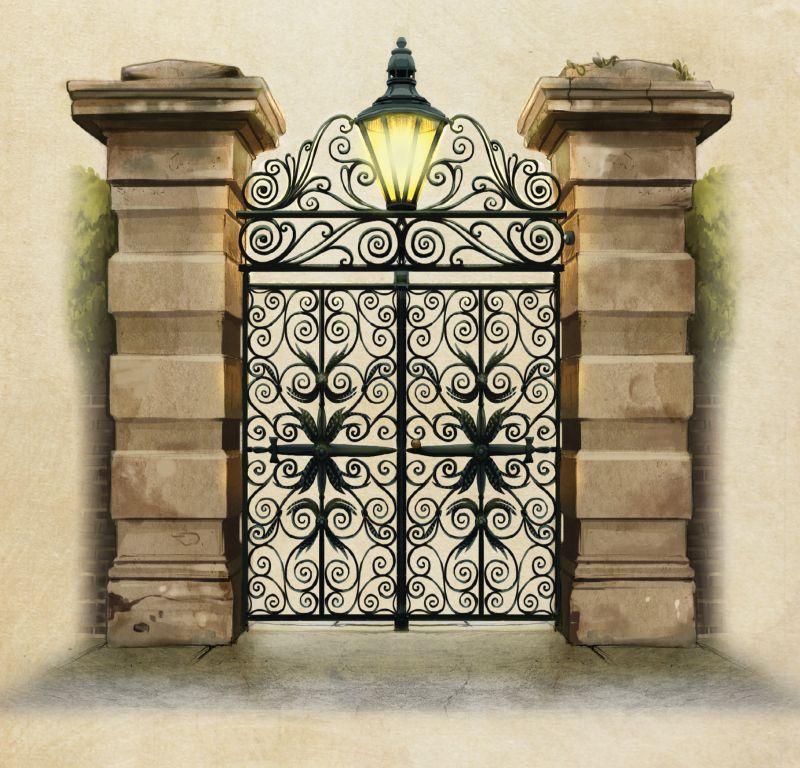 Designed to Last Wrought iron is an iron alloy that is not only tough and corrosion-resistant, but easily welded and molded. The metal was favored for gates and balconies in 19th-century Charleston. Today, the city is famed as one of the most important repositories of ornamental ironwork in the country.

Want To Move In? Listed on the National Historic Register, the nine-bedroom, 16-bathroom home familiarly called the “Sword Gate House” is on the market for $19.5 million.

The Known Facts In 1838, the City of Charleston commissioned architect Charles F. Reichardt to design a new Guard House for use by the City Guard (an early police force). For it, Christopher Werner created a suite of ironwork, including a gate and window grilles. The earthquake of 1886 virtually destroyed that building, and according to historians at The Citadel, the school eventually purchased its window grilles, later using them to form the Summerall Gate at the end of Jenkins Avenue.

Fate of the Gate Some accounts say that Werner’s gate was never actually installed at the Guard House, because the city refused to pay its high price. Another story is that, confused by the phrase “pair of gates,” Werner erroneously crafted two pairs—and the spare one went to Legare Street.

In Residence One way or another, Charleston’s British consul, George Hopley, got his hands on the imposing Sword Gate, which he installed at 32 Legare by 1850. Likely built by Solomon Legare, the house had hosted Madame Talvande’s exclusive girls’ school in the 1820s and ’30s—it’s for that reason that high masonry walls surround the property today.

Master at His Craft Arriving from Germany in the early 1830s, Werner (1805-1875) learned the art of blacksmithing from his father, a prominent carriage-maker in Westphalia. From his shop near the corner of Cumberland and State streets, Werner not only crafted the Sword Gate, but many other preeminent designs that include the intricate balcony work at the John Rutledge House on Broad Street and the “Irish harp” gate at Hibernian Hall.

Take a quick video tour of the Sword Gate and a few of Werner's other works: