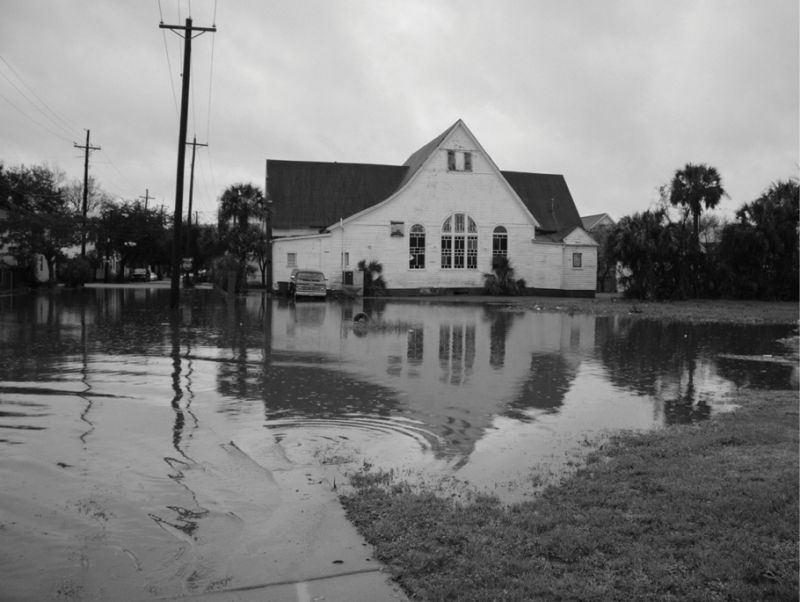 Gravity dictates that when the moon, sun, and Earth align while the moon is closest to us in its orbit, King Tides rise. They are the highest seasonal tides of the year, and Charleston’s likely to be in the midst of one on April 29. But instead of griping about impassable streets and waterlogged lawns, the nonprofit Enough Pie—which uses creativity to connect and empower the Upper Peninsula community—has made rising tides and flooding the focus of its fifth annual Awakening.

”We brought together a steering committee of scientists and artists to identify what our community needs to understand about this core issue facing the Upper Peninsula and Lowcountry,” says executive director Cathryn Zommer. From April 29 to May 26, they’ll deliver insight through art installations, talks, workshops, and more (visit www.enoughpie.org/awakeningv).

Renowned creatives like Mary Edna Fraser, John Duckworth, and Kevan Hoertdoerfer Architects are behind some installations, but knitting-circle members, students, and other under-the-radar talents are also enlivening places ranging from an old skating rink to Joseph Floyd Manor. ”Most are outside, free and visible to all,” says Zommer.