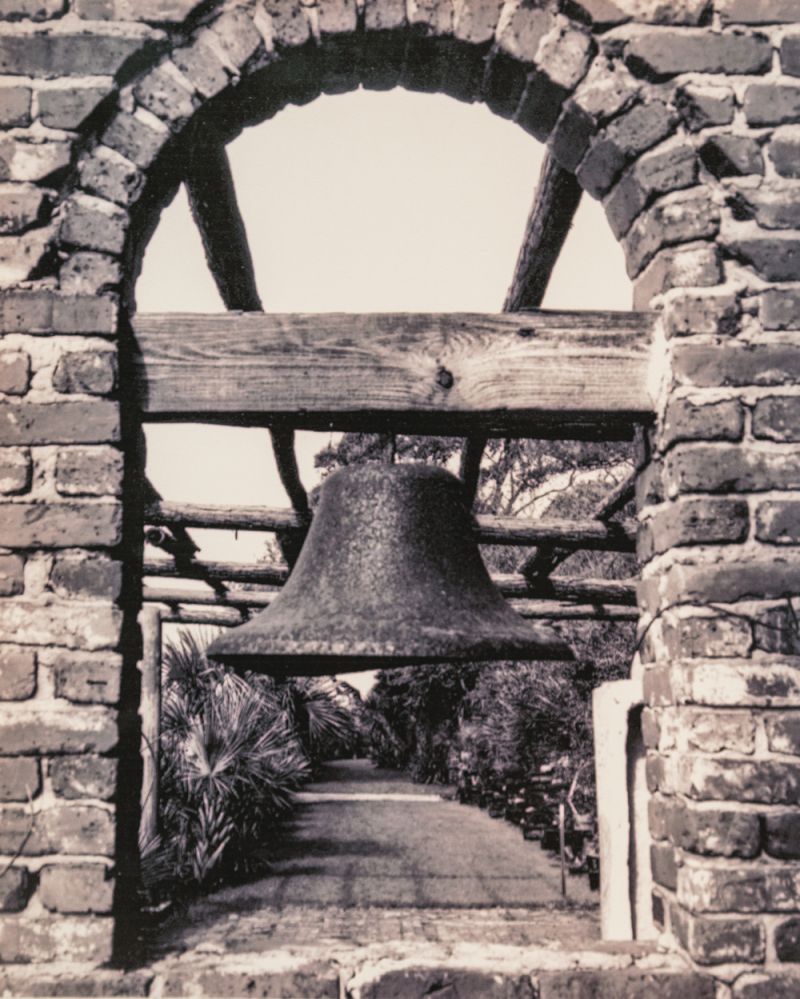 Beginning in the late 1920s, this five-acre parcel was home to Dana and Laird Osgood, Massachusetts transplants who established a beautiful garden here. They opened it to the public in 1943, with the fanciful name “Pierates Cruze.” A small moat with an imitation drawbridge encircled the house, and paths wove through seven garden areas rife with plant life—including azaleas and 300-plus varieties of award-winning camellias—that created something of a pirates’ den feel.

Ads for the attraction, which charged $2 from December to May and $1 the rest of the year, included a photo of the “Amalfi” garden, where Spanish bayonet plants lined a walkway along the harbor that ended in a Spanish mission-style bell wall. “See the Spires of Charleston against the sunset—across the wine dark sea,” the ads enthused.

So did pirates once “cruise” those waters? An 1858 Charleston Mercury article, “Monument of Silence,” suggests they did, relating an early-1700s tale of the son and daughter of feuding landowners. They fell in love and for months met secretly in an oak grove along the shore. When their parents discovered they’d married, they fled, joining a band of pirates on Sullivan’s Island.

The pirate captain became enamored of the woman and instructed the crew to kill her husband. Learning of her love’s death, she fled to their special grove. The captain followed, and she buried a knife into her own chest. As she lay dying, her husband, having averted the malicious plot, arrived. Losing a duel with the pirate, he expired in his wife’s arms. In the 1800s, a stone marker known as “Hort’s Pillar” stood near today’s Pierates Cruze; old-timers remembered it as a memorial erected by the grieving fathers.

The garden attraction itself perished in 1959, and the land was sold and subdivided. On one lot, the bell wall remained, and though it was destroyed by Hurricane Hugo, the homeowners rebuilt it from the original bricks; today it still stands, a tribute to a wild history. 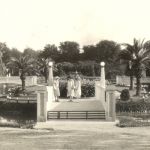