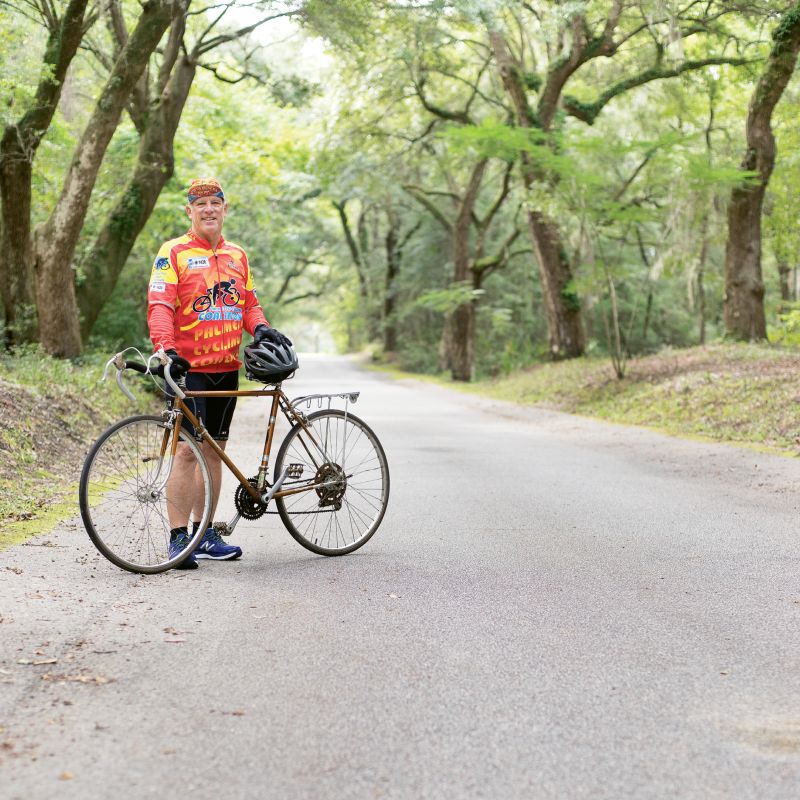 If you’ve ever been to a local church with organ music, or a school talent show where “Chopstix” was hammered out on a forgiving piano, or a fundraiser where an audio system was brought in, then you can high-five Charles Fox. As the president of the 88-year-old Fox Music House, he helps keep the Lowcountry amplified and in tune. But Fox is also instrumental in many other endeavors, as a longtime bicycle advocate, a tireless supporter of arts education, the co-founder and former director of the Charleston Marathon, and an active leader in the community. And this Veterans Day weekend (November 9 to 13), he’ll once again put on a Lowcountry cycling extravaganza known as FestiVELO, which draws some 400 bicyclists to ride, eat, and drink, then eat and drink some more, ride some more, and socialize.

CM: How did FestiVELO begin 18 years ago?
CF: It started as a one-day group bike ride on the Friday after Thanksgiving—we’d head out to Wadmalaw or McClellanville—and it grew from there. I met Wade Harrison, who I worked with to plan a century [100-mile ride] as part of Summerville’s Flowertown Festival, and he was my teacher and confidence builder. I did guerrilla marketing around the state and joined the National Bicycle Tour Directors Association to learn more about bike safety and food safety. We choose a different base location every three or four years to keep the routes fresh, and for 2016, we’re being hosted by the Town of Walterboro.

CM: This is very much a Fox family event, right?
CF:
Yes, pretty much our whole crew enjoys helping. My sons, Daniel and Joseph, both do, with Joseph brewing the beer for the Thirsty Thursday Brew. My wife, Missee, is the mastermind behind the dinners, Friday night’s Chocolate Obsession Garden, and the oyster roast. My sister, Diane, organizes all the rest stops.

CM: Be honest, is FestiVELO more about bike riding or food?
CF: I have to say, most people ride to burn calories, so they can enjoy all the food. And the food is pretty awesome. For riders, the other main draw is meeting new people. FestiVELO isn’t a race; these are cyclists who enjoy beautiful rides but also love hanging out at breakfast, visiting at rest stops, and meeting up again at night.

CM: But there are serious cyclists, too. Don’t some do 100 miles a day, four days in a row?
CF: About 15 percent of our riders do the full 100 every day. I’ve wanted to create an “Iron Butt” award for them. FestiVELO’s also good for those who want to attempt their first century, as there’s a lot of support and encouragement. We offer short, medium, and long routes, so there’s something for everyone.

High honors: He was the 2013 recipient of the Elizabeth O’Neill Verner Award, the state’s highest award recognizing contributions to the arts.

The scoop on FestiVELO: It’s November 9 to 13 in Walterboro; find details and register to participate at www.festivelo.org. 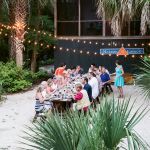 Cooking Out on Goat

Chef Craig Deihl serves up a feast at his family’s rustic island retreat, cooking most every dish over fire 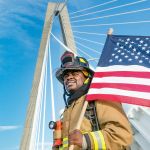 This month, thousands will gather for a 9/11 remembrance event organized by North Charleston firefighter Tian Griffieth 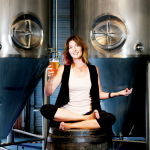