“If the FBI plays checkers, the Postal Inspection Service plays chess,” jokes Dave Morgan. The CEO of Mount Pleasant-based Litton Entertainment, Morgan created and serves as executive producer for The Inspectors, a youth crime drama based on real USPIS cases. It airs nationwide on Saturday mornings as part of the three-hour “CBS Dream Team, It’s Epic!” programming block, which includes six shows produced by Litton. The second-season whodunit, however, is the only one filmed locally.

Set in D.C., The Inspectors is filmed in the North Charleston studio once used by Army Wives, with College of Charleston serving as “Jamestown University” and Park Circle doubling for Old Town Alexandria. From producers to visual effects artists, 64 of the 71 crew members are local, and each episode employs five to 10 day players, stand-ins, and background talent.

Jessica Lundy even scored an Emmy for Outstanding Performer in a Children’s or Pre-School Children’s Series for her work as inspector Amanda Wainwright on the show’s first season, which pulled in 48 million viewers. And fans will be happy to hear The Inspectors has already been picked up for two more seasons of crime-fighting excitement.

Check out a few clips from the current season: 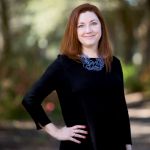 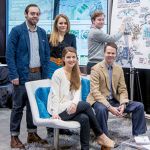 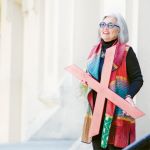