Wind Racer
April 2016
WRITER:
Katie Kerns Geer
PHOTOGRAPHER:
Ruta Elvikyte
As he preps for his 16th Charleston Race Week, Dr. Ken King talks to us about the city’s booming sailing scene, his devotion to the sea, and what the heck “starboard” means 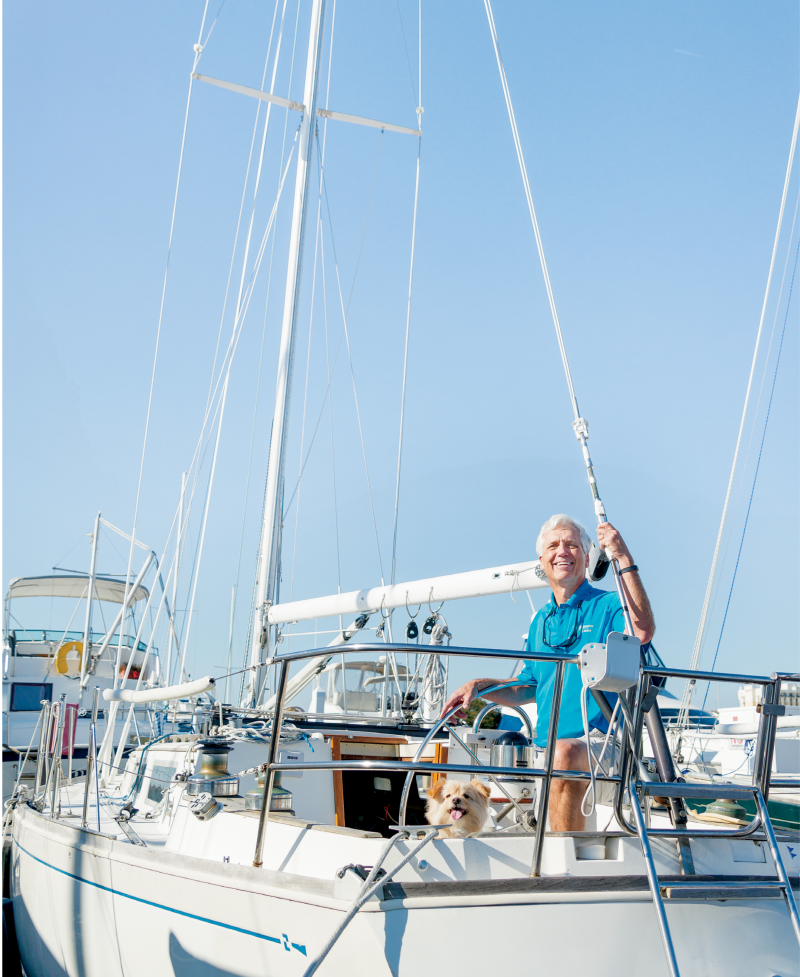 The first time Dr. Ken King sailed Charleston’s harbor, he was only six, racing in the James Island Regatta with his older brother. He remembers the experience as “terrifying,” but something must have clicked. By the time he graduated from MUSC Dental School, he’d purchased his first sailboat, a Sunfish. The endodontist has now been racing in the Holy City for 25 years, and this April 14-17, will join nearly 300 boats from around the world at the 21st annual Charleston Race Week.

CM: What’s your favorite Race Week memory?
KK: I first sailed in it in 2000 and haven’t missed one since. I’m also on the advisory committee. About five years ago, we divided the harbor into three sections, and for the first time, there were more than 100 boats racing at once between Fort Johnson and the Battery. I came in from offshore, and the entire harbor was full of spinnakers going back and forth. That was one of the coolest things I’ve ever seen. It gave me chills.

CM: The event is hosted by the Charleston Ocean Racing Association (CORA), which you’re involved with, too. What’s it all about?
KK: CORA has been around since the ’60s, giving people with bigger sailboats a place to use them and really encouraging new people to join. It puts on more than 30 races a year. During the summer, we race every Wednesday night—we call that the “beer-can series.” It’s where a lot of newbies catch the sailing bug.

CM: So how can more newbies get involved in Charleston’s sailing community?
KK: Go to charlestonoceanracing.org to see when the next meeting is. Meetings are very friendly and open to new folks. If you want to find a boat to sail on, that’s where you do it.

CM: Who are your dream crew members?
KK: There are all kinds of rock stars out there, but I’ve already got the dream crew. The people I sail with are good friends and really great sailors.

CM: And for sailing novices, can you give us a quick vocab lesson?
KK: “Starboard” and “port” mean ”right” and ”left.” One thing to know when you get on a sailboat is which “tack” you’re on—which side the wind is coming from. You’re on a starboard tack or a port tack. Starboard-tack boats have the right of way.

CM: How else do you spend your free time?
KK: I can’t get enough of the natural beauty of Charleston’s waterways. If I’m not on a sailboat, I’m at the beach or on a power boat.

Lives: “On a creek in West Ashley with my wife, Anne, and our dog, Napoleon”

Works: At Charleston Endodontics, where he’s a founding partner

Charleston Race Week: Find details on all the festivities from April 14 to 17 at charlestonraceweek.com. 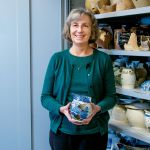