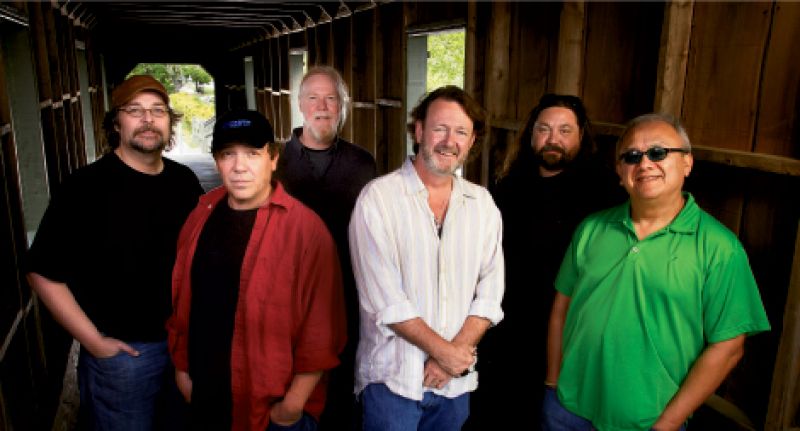 “It’s like a stagecoach with a pair of horses that are crazy out of control running down a mountainside,” writes bassist Dave Schools, “and somehow, the wheels don’t fall off.” Speeding through 23 years, three-million album sales, and 2,300 concerts, Widespread Panic is now entering a third decade on the road, and the band has never played the same set twice. No less remarkable is their ability to consistently fill arena-sized venues with very little radio support or popular media fanfare, not even an American Idol guest appearance.

Beginning with the release of their first single on 45-rpm vinyl in Athens, Georgia, the band has built a dedicated fan base by honing a gritty, soul-searching sound steeped in blues and rock. Despite the 2002 loss of cofounder Michael Houser to pancreatic cancer, Panic has rolled on, with guitarist Jimmy Herring coming on board in 2006 to join Schools, singer/guitarist John Bell, keyboardist/singer “JoJo” Herman, and percussionists Todd Nance and Domingo S. Ortiz.
“The shows are always different, but the scene never changes,” says James Island resident Laura Chapman, who has journeyed to more than 50 Panic concerts. “It’s a great, laid-back community.”