Summer Sudsin’
June 2011
It’s a fact that cold beer and hot weather go together like ice cream and cones. So scoop up these crowd-pleasing craft brews to sip anywhere from boat deck to backyard cookout 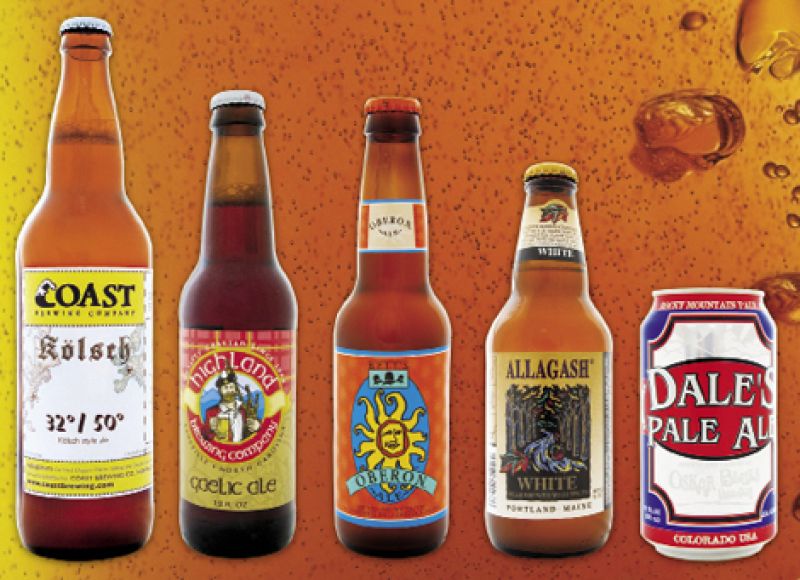 Coast 32°/50° Kölsch (North Charleston, SC), $7/22 oz.: Named for the latitudes of Charleston and Köln, Germany, where the traditional Kölsch style originated, this beer is a crystal clear, golden ale that delicately showcases notes of honey, malt, and flowery hops. Light-bodied yet highly flavorful, it’s low in strength and settles well with any occasion or drinker.

Highland Gaelic Ale (Asheville, NC), $1.79/12 oz.: The flagship of Asheville’s oldest brewery, Gaelic Ale is a guaranteed crowd-pleaser. With a picture-perfect amber color and the alluring smell of caramel, the brew features malty, toasty, but not overly sweet flavors with only a slight hop presence. This anytime beer goes well with smoked barbecue or grilled meats.

Bell’s Oberon Ale (Kalamazoo, MI), $1.83/12 oz.: Widely regarded as one of the best wheat beers made in America, this seasonal specialty strikes a spectacular balance between biscuity malted barley; the citrus flavors of malted wheat; and faint, spicy hops. The result is a hazy, golden brew with a powerfully addictive, earthy flavor that is mellow enough to complement just about any dish.

Allagash White (Portland, ME), $2.37/12 oz.: An American interpretation of the popular Belgian wheat beers, this brew is true to the style with a cloudy blonde appearance; aromas of citrus and spices; and bold, tangy flavors of orange peel, lemon, coriander, and a medley of other spices. The lively level of carbonation, along with the slightly dry finish, makes this a beer equivalent to sparkling wine, so it pairs well with desserts and lighter entrées like fish and salads.

Dale’s Pale Ale (Lyons, CO), $1.74/12 oz.: When it comes to outdoor activities, cans are often easier than bottles. And with Dale’s—dubbed World’s Best Canned Beer by Details magazine—you don’t have to sacrifice on taste. Slightly stronger than typical canned brew, this copper-colored ale is bursting with juicy hop flavors of pine and tangerine that are perfectly balanced by solid malt flavors, leaving little aftertaste. Sip it with chicken wings, blackened fish, and other spicy foods.