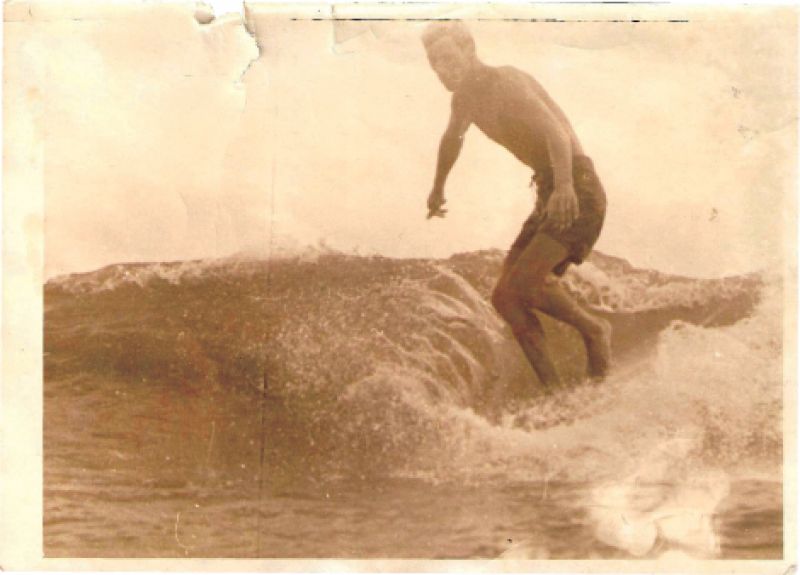 “I get the same feeling walking over the dunes and seeing good waves,” says 63-year-old Coste, who started the group with Proctor in 1963. Now presidents of the local organization, the veteran wave riders promote healthy oceans, beach responsibility, and surfing for all ages.

Before the club’s inception, the self-dubbed “pier barnacles” spent every waking moment by the water. “We surfed all day, sharing just one board in the beginning,” Proctor, now 61, remembers. “Surfing culture was West Coast. Here, it felt new.” As the sport caught on, the surf scene and the club continued to swell. “It was easy then. We were kids without any responsibilities,” says Proctor. But members soon headed to college, took jobs, or got drafted into the Vietnam War, and focus began to shift away from the group.

Then in 2001, after an extended hiatus, a casual reunion culminated in the reformation of Carolina Coast Surf Club, Inc. “We’re part of a movement to rediscover surfing the way it was in the beginning,” they say. Now, the nonprofit leads surfing trips; sponsors road and beach cleanups on Sullivan’s Island; and volunteers with Surfer’s Healing, a surf therapy camp for children with autism.

On Labor Day, members will come together for an annual reunion. “Now we have responsibilities—we’re teachers, pilots, painters, lawyers,” Proctor says, “but we still get out there. There’s a lot of teasing about age, but in the water, we’re all young.” —Brian Sewell Drop in at carolinacoastsurfclub.org.