Stage Presence
September 2012
For 35 years, Bill and Elaine Simpson have cast themselves as vital theater patrons 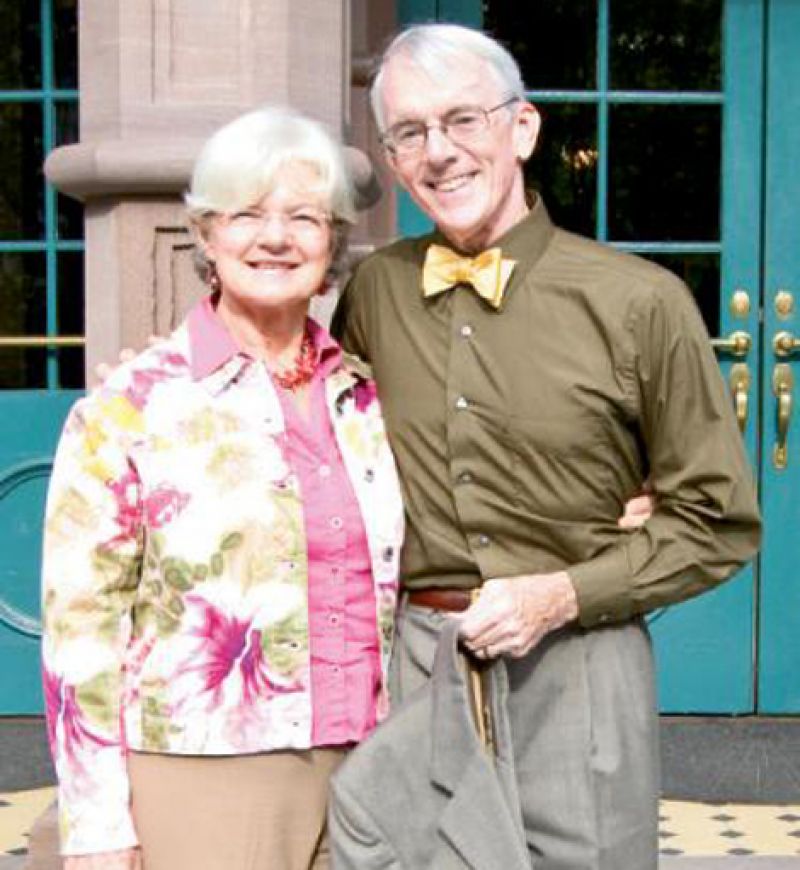 He’s masqueraded as Pap Finn, Oliver Twist’s grandfather, a steamboat captain, and a blue bunny; she’s depicted Helen Keller’s maid as well as a music contestant. But of all the roles Dr. Bill Simpson and his leading lady, Elaine, have played, their most applause-worthy has been as enduring devotees to Charleston Stage. Since the Dock Street Theatre spotlight shined on the production company’s first show, A Christmas Carol, in 1978 (with the couple’s son cast as Tiny Tim), these arts enthusiasts have helped ensure that the curtain goes up and the house stays full season after season. Company founder Julian Wiles dubs the duo his “oldest patrons”—though Bill laughingly corrects that he and his wife are more appropriately described as “the longest running.”

In addition to their acting credits in Charleston Stage’s early years—“before they were as discriminating,” jokes Elaine—the Simpsons have made financial contributions, served on the nonprofit’s board of directors, assisted backstage, manned phones for money-raising, and hosted cast and donor parties in their Harleston Village home. The dramatic duo even once chaperoned 40 troupe teens performing Seize the Street: the Skateboard Musical in England, with Bill also serving as the medical consultant. “Bill and Elaine have been part of the company’s growing up,” says Wiles.

The pair has helped the company grow out, too. For some 15 years, the Simpsons have purchased a group of season tickets (box FF, second Saturday performance) to share with friends, family, church peers, tennis teammates, coworkers, and book club members. “Charleston Stage encourages folks from every socioeconomic status to be part of the theater,” explains Bill. “They make theater part of the community, the whole community…. A box allows us to expose more people to plays.” And that deserves a standing ovation.