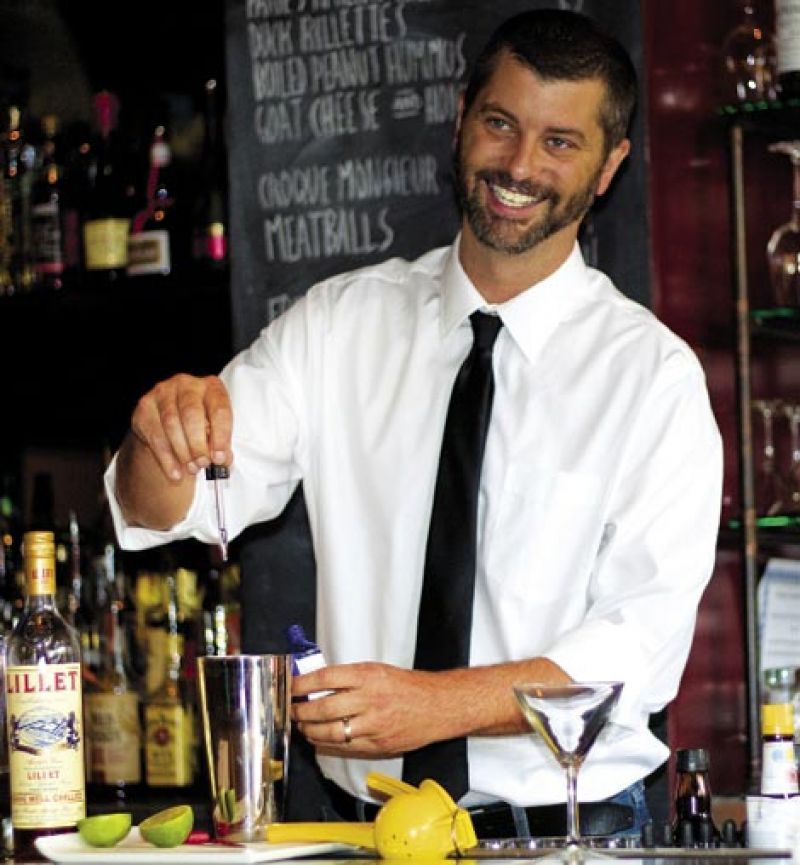 In Craig Nelson’s eight years of bartending, he’s used a lot of different techniques to come up with new cocktails: scouring mixology books, learning from friends, pulling bottles from his liquor cabinet in the dark so as not to wake his sleeping baby—well that drink was sort of an accident. But what he’s discovered is that some of his best concoctions happen when he puts an unexpected twist on an old favorite.

Such is the case with the refreshing Van Lear Rose. “It’s my take on a gimlet,” says Nelson, co-owner of King Street’s Proof Bar, opened in May. The gimlet was invented by Sir Thomas Gimlette, a British naval surgeon. “He made a vitamin-packed lime cocktail to prevent sailors from scurvy,” Nelson explains. Naval officers were given a ration of the drink, which was made with Plymouth gin so it would keep on long voyages. For the Van Lear Rose, Nelson uses that same Plymouth gin but mixes in Lillet Rose and agave nectar.

“The Lillet Rose adds the pink color, and the agave is a natural sweetener that provides an earthiness,” he says. To make one at home, pull out your cocktail shaker and, Nelson suggests, a stainless steel jigger. “Measure all liquids with a jigger to ensure consistency,” he says. “Some people think a bartender is giving them special treatment when they serve a heavy pour, but good cocktails aren’t about quantity. You want quality.” In a shaker, pour the Lillet, gin, lime juice, and agave nectar, then add one drop of rose water and two drops lime bitters (Nelson suggests using Charleston’s Newtonian brand). Add ice, shake, and serve in a martini glass for a pink drink even the saltiest sailor will enjoy.