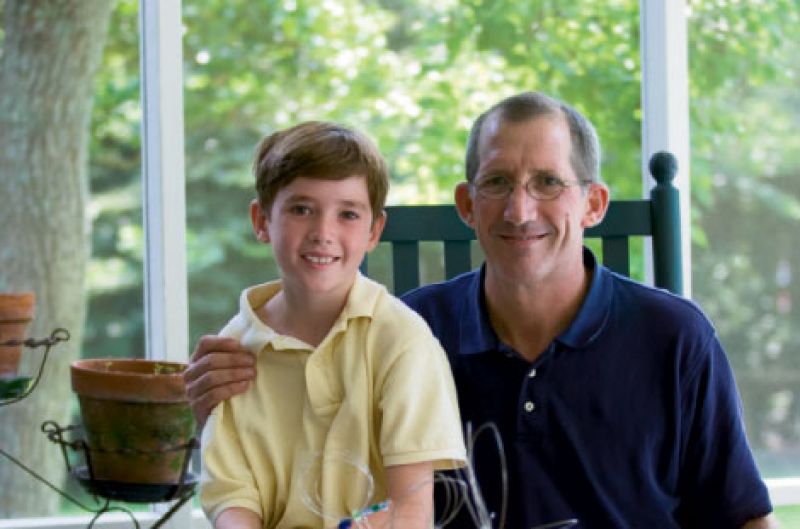 It started with a Cub Scout assignment last year: Come up with a product that you can make at home and sell for a profit. George Dowis, now an 11-year-old Boy Scout and Mason Prep student, took the task to heart. With his mom, Kathee, he scoured his James Island house for ideas and turned up beads that George’s Aunt Beth had given them. Then, the pair remembered a hefty spool of wire that a contractor left behind. Toss in a Leatherman, some fiddling here and there, and voilà, a prototype for George’s business project—a small insect with a beaded thorax and wire wings—was born.

While Kathee had a hand in that first bug, George took over and modified it—larger, less literal wings, a bigger body, innovative color combos—until he had perfected what Lime Blue gallery sells as Wimbees (a takeoff on George’s street’s name and “bees”) and Islands Art Gallery sells as Sea-ums (a play on no-see-ums). “Customers love them,” says Lime Blue owner Jeff Kopish, who gets invoices for “Mr. Jeff” from George with each delivery. “And kids love them, too. I think it’s because they are interpretive; they represent the idea of a cool bug, rather than a straightforward one.”

Wired to skewers, the critters are perfect plant partners, which makes sense, considering they were first sold at the Hampton Park Plant Swap. George, whose mom volunteers at the park, made about 100 of the bugs and sold them for $1 each. “It was great to see him manning the table, making change, and at the end, donating $20 of his almost $100 profit to the park’s volunteer fund,” says Kathee.

After that milestone, George picked up on a few things: Blue bugs sell best, people like to know that he made them himself, keeping the price low moves product, and an assembly system (he divides parts into Tupperware and muffin tins) helps keep manufacturing time down to three minutes per bug. To date, George has sold about 500 Wimbees (to galleries, to Hampton Park Plant Swap attendees, to Grace Church’s Piccolo Spoleto Tea Room, and to teachers and fellow students) and says he plans to keep up with the business, because “they’re fun to make—and I earn a lot of money, too.”

“It’s been great to see George come out of his shell through this,” adds Jeff, who has known the soft-spoken fellow through Aunt Beth since the boy was about three. “And I can see what it has done for his imagination. When he looks at things, the gears start turning. A bucket of washers is no longer just that; it’s something he can transform.”

As for George’s use of his profits thus far? “I’m saving until I see something I really want,” he says, “but I did buy a toy for Maxine.” Apparently George’s dachshund-Lab mix makes off with the occasional bug-in-progress, so the chew toy gift was a diversion, albeit one she destroyed in no time. But George just grins and seems unfazed. Like a true businessman, he knows to take things in stride.