ON THE PROWL: Clemson University Tigers

Many Clemson fans left last season more than a bit disappointed. Initially ranked number nine in the country, the Tigers suffered some heartbreaking losses to teams most observers agree should have been gimmes—recall the Wake Forest and Maryland debacles? Couple those with a beating by Florida State; the unceremonious October 2008 departure of head coach Tommy Bowden (personal decision or forced resignation? The jury’s still out); and a new coach, Dabo Swinney, taking charge, and the Tigers have a lot of expectations to fulfill.

However, there were some bright spots, including the 31-14 victory over their in-state rivals, the Gamecocks (Clemson leads the 11-year-old rivalry 65-37, with four ties). Add in some impressive stats: The Tigers won four of their last five regular season games, made their fourth consecutive bowl appearance, and were the only ACC team to rank in the top four in both offensive and defensive scoring. “Clemson is going to have to hide its inexperience at quarterback with a stellar pass rush and pass defense, plus the running of C.J. Spiller,” notes P&C writer Gene Sapakoff. “It’s more than possible, but the schedule is tough early, and stumbling out of the gates is never a good idea.” And as for Swinney calling the shots? “He showed some good leadership, but he’ll have to prove it over two or three seasons, not just a few games.”

The starting sophomore, who ESPN voted as Number One defensive end, is a powerhouse of pass rushing. He had 47 tackles last season (top among defensive linemen) and was one of the main reasons the Tigers were ranked 10th in the nation. He also had six tackles in the Gator Bowl against Nebraska and was named Defensive MVP of the game. 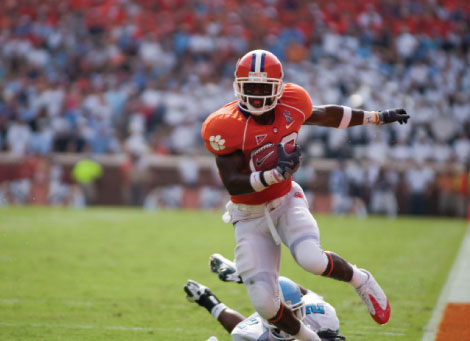 The senior running back is an absolute game-breaker, “with the potential to score anytime he touches the ball,” says Sapakoff. With 4,908 all-purpose rushing yards and as the holder of 10 Clemson records (including most touchdown plays of 50 yards or more and six career touchdown plays of 80 yards or more), he promises to continue to do big things this season. 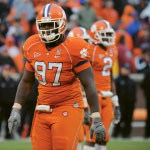 Drafted as a third overall pick in the fourth round by the St. Louis Rams. 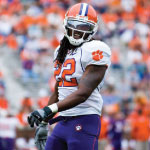 Drafted in the fifth round by the Miami Dolphins. 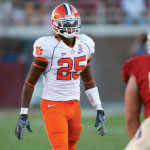 Drafted in the fifth round by the Dallas Cowboys. 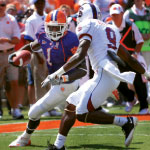 Drafted in the sixth round by the Cleveland Browns. 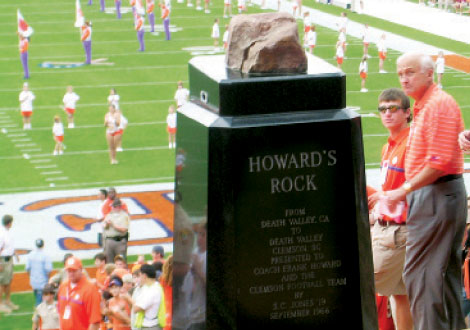 Rock of Ages: For years, a mysterious rock sat in head coach Frank Howard’s (1940-1969) office, used as a doorstop and all but ignored. Though it was a gift to Howard from a friend who brought it from Death Valley, California, to “Death Valley,” South Carolina (the popular name given to Memorial Stadium in the 1940s), Howard ordered that the rock be discarded in 1966. Instead, a clever promoter had it mounted on a pedestal and placed in the middle of the east end zone hill, down which the Clemson football team runs when entering the field for each game. On September 24, 1966, the Tigers ran by the rock for the first time and went on to beat conference rival University of Virginia 40-35. From then on, Howard used the rock as a motivational tool, declaring “Give me 110 percent or keep your filthy hands off of my rock.” Beginning the next season, the team started rubbing the rock on their way down the hill, establishing one of the great traditions in college football and forever immortalizing “Howard’s Rock.”