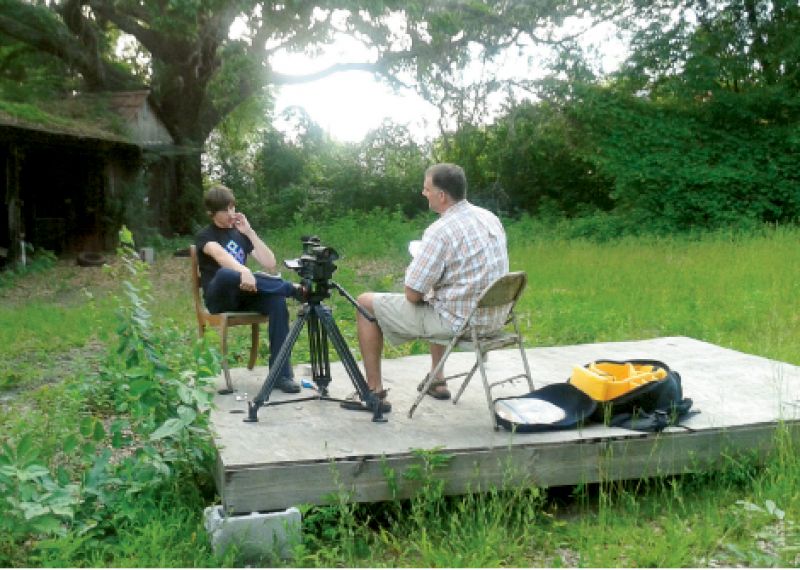 Talk to filmmaker Brad Jayne, and you’ll quickly realize Warrior Road isn’t just another one of his projects. “This is the movie I feel like I was meant to make,” the writer/director says, referring to the independent film he hopes will showcase the Lowcountry’s landscape and way of life, plus the caliber of its industry professionals.

Inspired by his own coming-of-age in the Holy City, Jayne had been jotting down ideas for years, but the film made a jump from the stuff of daydreams into a full-length script in 2009. A year later, his enthusiasm for the project intrigued public relations expert Doug Coupe and former child actor Robert Gorman, both area residents. Along with Fred Baiz, they formed Creative Forge Productions, partnering with Denis J. Gallagher and his Charliewood Pictures to pioneer the Warrior Road project.

The movie’s protagonist is Joseph, a shy teenage poet from Awendaw. In a 24-hour snapshot of his life, two friends rope him into holding up a bar and joyriding to Myrtle Beach to celebrate. The story’s not autobiographical, but echoes the universal quest for faith and acceptance. “It’s authentic; viewers can feel when something comes from a true place,” Jayne says.

Authenticity is the goal for the entire project, with Warrior Road designed to be a representation of the Lowcountry and its people both on- and off-screen. When principal photography begins in late October, look for camera crews at area beaches and marshes. Production offices are at Studio Charleston, and while much of the cast and crew is local, a Los Angeles casting director is looking to fill the leads with up-and-coming and recognizable actors.

By illustrating that Charleston has the infrastructure to make a movie from start to finish, Jayne hopes to draw more films and investors to the area. “With Warrior Road, we want to put Charleston on the map in terms of creative production,” he notes. He’s already taken on this challenge by working with the South Carolina Film Commission to start the Indie Grant Program, which funds independent short films employing Trident Technical College students. The program paid for Jayne’s 30-minute Song of Pumpkin Brown, which premiered in 2007.

For grassroots projects like this one, community involvement is key. “We’re not in Hollywood, so we really need that extra support,” admits Jayne, who will be recruiting volunteers to work as extras, help out on set, and offer up property for locations.

You can also get involved from home: An engage-the-community approach includes chronicling the making of Warrior Road in real-time. Webisodes on www.ridewarriorroad.com highlight the film’s humble beginnings and will go on to cover principal photography, the post-production process (which will wrap up next spring), and its submission to film festivals in fall 2013.