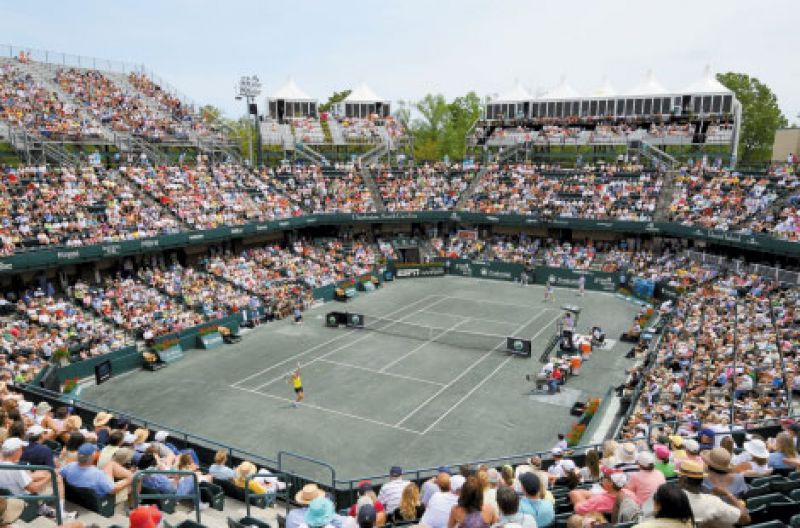 On April 18, 2008, an unflappable Maria Sharapova stepped on the clay court at Family Circle Tennis Center to face off against the unrelenting Serena Williams. For two and a half hours, they hit huge serves and heavenly ground strokes in a grueling match that Williams eventually won. In the Post & Courier, Gene Sapakoff dubbed the battle “the single greatest sporting event in Charleston history...a quarterfinal for the ages.”

Two years later, the pro-tennis powerhouses are poised to meet again as they join 54 singles players and 16 doubles teams during the 38th annual Family Circle Cup from April 10 to 18. One of only 10 professional women’s tennis tournaments in the country, this year’s event marks the 10th anniversary of the Cup’s move from Hilton Head to Charleston. Nearly 90,000 fans will take to the stands as top female athletes compete for a share of the $700,000 purse. And spectators can again watch big-name big hitters, including more than half a dozen current and former Top 10 players.In addition to Sharapova and top-seeded Williams, the tennis world has a close eye on Danish teen Caroline Wozniacki and young Belarusian Victoria Azarenka. Wozniacki, lauded for great defensive skills (but faulted as a glorified pusher by some), became world number three this year, and Azarenka stands just a few spots lower. Also look for American teen Melanie Oudin, the sweetheart of the U.S. Open; Jelena Jankovic, the former world number one who usually delivers good tennis and great drama; and 17-year-old Daniel Island resident Shelby Rogers, who earned a wild card spot in February. Then there’s the 2009 winner, German Sabine Lisicki, who hasn’t been as dominant this year but still has one of the fastest serves on tour.

Others to watch include Vera Zvonareva, Sam Stosur, Marion Bartoli, and Nadia Petrova. As in past years, contenders may pull out up to a few days before the tournament. But with a lineup brimming with players who’ve been bringing it lately, you’ll want to snag a good seat, good and early. If you’re lucky enough to catch Williams in action up close, know that she may be listening to your cheers. At the U.S. Open, she said, half-jokingly, “I heard a guy in the crowd saying ‘Stop hitting lobs,’ so I didn’t hit any more lobs after that.” And that’s reason enough to raise a racket at this year’s Cup. — Bobby Chintapalli