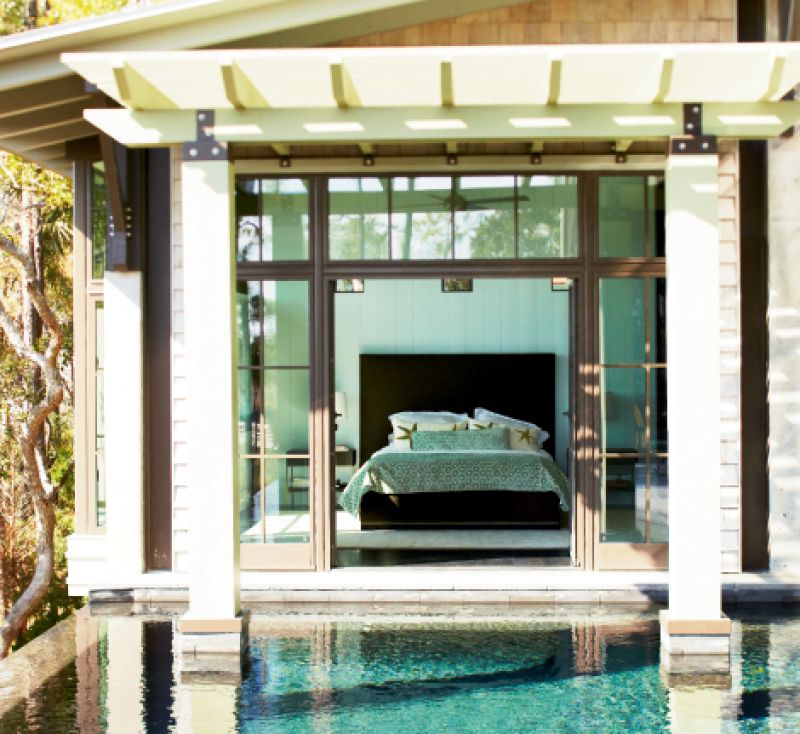 Frank Lloyd Wright once said, “No house should ever be on a hill or on anything. It should be of the hill. Belonging to it. Hill and house should live together, each the happier for the other.”

And while the Lowcountry isn’t rolling in hills, its landscapes certainly command attention. That’s especially true along the coastline, where marsh meets maritime forest, and sandy spits can span from the water into one’s own backyard.

Kiawah Island is known for such dramatic scenes, something Richard Tadler discovered some 30 years ago when his parents bought a vacation property there. The equities investor, who now lives in Boston with his wife Donna and their two children, paid frequent visits and, when his folks retired to Kiawah in the 1980s, he and Donna started scoping out their own dream lot onthe island.

A decade or so ago, they found it: a marshfront peninsula that jutted off a remote cul-de-sac. “We saw some architectural sketches a previous owner had commissioned for the property,” recalls Richard, “but the architect seemed to view the lot shape as a liability.” Instead, he and Donna wanted someone who saw the triangular site with its copse of cedars, view of bending Bass Creek, and Twister mix of live oaks as a boon.

So the couple started from scratch and turned to their collection of photos and idea notebooks, thick with clippings of favorite architectural and interior elements, for inspiration and direction. Then they took snapshots of a handful of homes on the island that were most in line with their liking, delivered them to Kiawah’s architectural review board, and asked for the names of the architects. Turns out, three of the four homes they singled out were designed by Jim Thomas of Charleston’s Thomas & Denzinger Architects. It was a good match. “We wanted to work with a designer who had a South Carolina bent and a deep sense of the Lowcountry,” says Richard, noting that the firm’s calling card is its prowess in integrating homes into their environments.

Richard also had other strong design ideas. He wanted modern over mundane and to incorporate the vernacular. And one other thing: the house needed to be oriented just right, meaning he wanted to be able to look out any window in the house and either see the water view or another part of his own place, rather than the neighbors.
With all that in mind, Jim—who worked with builder Russ Cooper on the project—cooked up a plan that the architect admits “was a little hard to get your head around.” Richard puts it a bit more directly. “This house was impossible to understand on paper. Impossible,” he says. Essentially, explains Jim, the house would be a series of staggered, parallel blocks that jutted out as far onto the peninsula as the setbacks allowed, each block infilled perpendicularly with, if you will, “a soft connective tissue,” like wooden shingles or glass. The result is a structure that, much like the oyster beds just outside, is multi-layered and clings to the very footprint of the earth.

Next came the selection of materials. Answering the cry for the vernacular, tabby stucco was tossed onto the table as a potential wall material, but neither Richard nor Donna could get excited about it. Next up? Concrete, which was only slightly more appealing to Donna. “I envisioned these cool, gray days of winter—when we’d be here frequently—and just wasn’t sure how a concrete house could feel warm.” Paola Thomas, the firm’s interior designer (and Jim’s wife), countered that concrete’s earthy irregularity—how it varies in color and texture—would actually make it feel natural. (The Tadlers eventually agreed to a “pour off,” whereby two local concrete companies poured small slabs to show the material’s range. When the metal-frame concrete forms were removed, the couple was on board.) In the end, they opted for unfinished concrete, seams showing and color contrasts intact to impart the sense that the walls are towering slices of sediment, layered and striated.

To soften the impervious surfaces, unembellished wood paneling covers select walls, punch windows dot a connecting hall, and windows sprawl throughout, nearly muntin-free at eye level on the water side. The ceilings “float” thanks to a thin recessed seam, and floors are either bluestone or ebony-stained oak. Throughout, wooden walls are awash in soft tones that call to mind the landscape. The master bedroom is a pale blue, and throughout the home they used a warm neutral shade called “Wooden Spoon.” “In some light it looks white, in others darker brown,” says Donna. “We wanted to bring out the colors in the concrete.”

With the backdrop rendered neutral, Paola convinced color-loving Donna to take the mellow vibe a step further with sleek-silhouetted furniture in still more neutral tones. Their compromise? Choice pieces like a verdant green Barcelona chair, accent pillows in vibrant rainbow hues, and bright splashes of throw blankets. The strategy allows the bones and basic elements to set a subtle stage so the views play the starring role.

Additional bursts of color and pattern came via the extensive art collection the Tadlers have acquired over the years. Keen supporters of local artists, the canvases in their Kiawah home include a few faves from Massachusetts’ Cape Ann (an artist enclave near their Boston home base) and Lowcountry-themed paintings from Charleston’s Smith-Killian Fine Art, specifically works by Betty Anglin Smith and her daughters Jennifer and Shannon. The owners even commissioned project architect Joel Wenzel—who created a built-in bluestone desk in one of the guest rooms—to design a table with a bronze base resembling a marsh tree trunk and Fisher Recycling glass top.

The table marks just one more way the house reflects (and is essentially “of”) its surroundings. As for the Tadlers, this spring is their first in their new digs. Donna’s excited to trade New England gyms for jogs around the island, and their son is eager to expand his online gallery of Lowcountry nature photos. On past visits, the family has spotted bobcats on the little wooden bridge that leads to their cul-de-sac, deer in their courtyard, and countless marsh birds at watch in trees around the tidal creeks. “And I can’t wait to see more of it,” says Donna. “After all, that’s why you live in a place like this.” 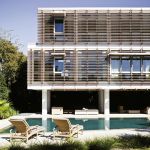