Mosquito
June 2015
WRITER:
Suzannah Smith Miles
Of all the stinging, biting, buzzing insects inhabiting the Lowcountry, mosquitoes may bug us most. Some 3,200 species of these two-winged devils of the order Diptera—called ”true flies”—exist worldwide, and South Carolina has the dubious distinction of welcoming 60 of them. The type you’re most likely to see in your backyard (particularly if you allow water to collect in abandoned flower pots or beneath leaky spigots) is the Asian tiger (Aedes albopictus), shown here. They say you should know your enemy, right? Read on for the deets on the blood-thirsty, prolifically breeding mosquito 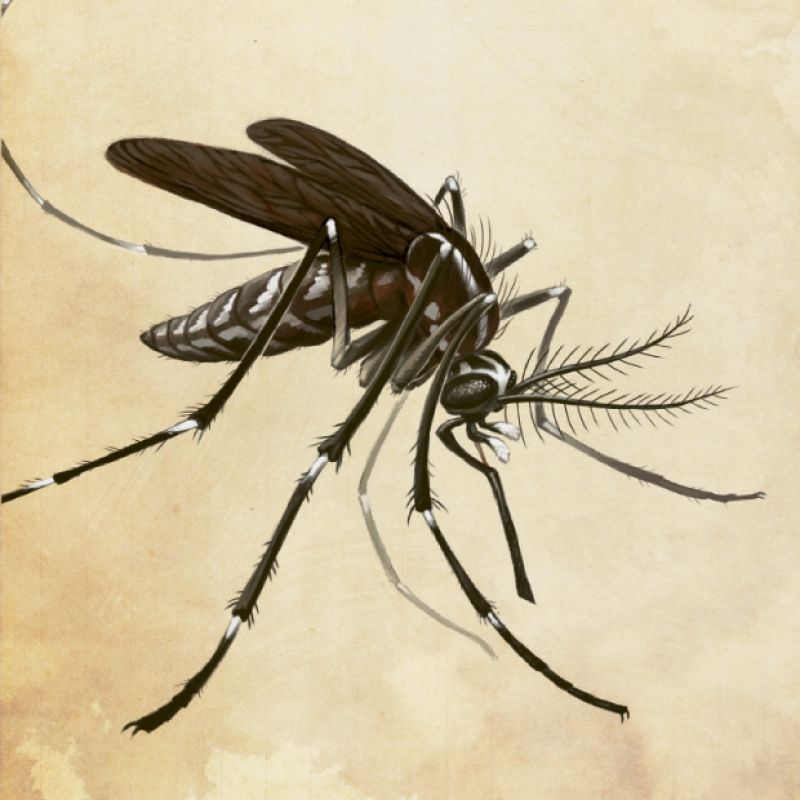 What’s The Buzz? The insect’s high-pitched whine is created as its wings move 300 to 600 times per second. It may be annoying to us—but to mosquitoes? This is their song of love; individuals mate only after harmonizing their beating wings.

Bad Bugs These pests can carry a swarm of diseases. Although malaria and yellow fever are no longer seen regularly in the U.S., dengue fever and West Nile virus are active. Mosquitoes can also share encephalitis with both humans and horses, while dogs are particularly susceptible to heartworm.

Keep Dry! Females lay eggs in still water, and anything from toys to boat covers to pet bowls can host them in your backyard. A birdbath can breed hundreds of mosquitoes after a single rainfall, notes Ed Harne of Charleston County Mosquito Control, and should be flushed weekly.

Out For Blood Did you know mosquitoes dine largely on nectar? A female only seeks blood when she needs its protein to develop eggs (males will leave you alone entirely). And she doesn’t actually bite; she inserts a needle-like tube, a proboscis, into the skin to draw out the blood.

Fighting Back Using airplanes and helicopters, Charleston County Mosquito Control killed larval-stage mosquitoes on 40,570 acres and adult skeeters on 40,822 acres in 2014, plus conducted ground applications on another 960,376 acres (you may have seen one of their trucks roll past your house in the dead of night).

Got An Itch? The critter’s saliva contains an anticoagulant that allows it to more easily take in blood. Our body responds to this foreign substance by releasing histamine, which creates the red swelling (called a “wheal”) and irritates nerve endings, making us itch.

Oil & Vinegar The first mosquito repellent may have been developed by early Native Americans, who covered their bodies with bear oil mixed with bloodroot juice. Later, it was believed that drinking vinegar and water would keep the bugs from biting. Other folks substituted alcoholic bevs, the appropriate quantity referred to as a “full mosquito dose.”