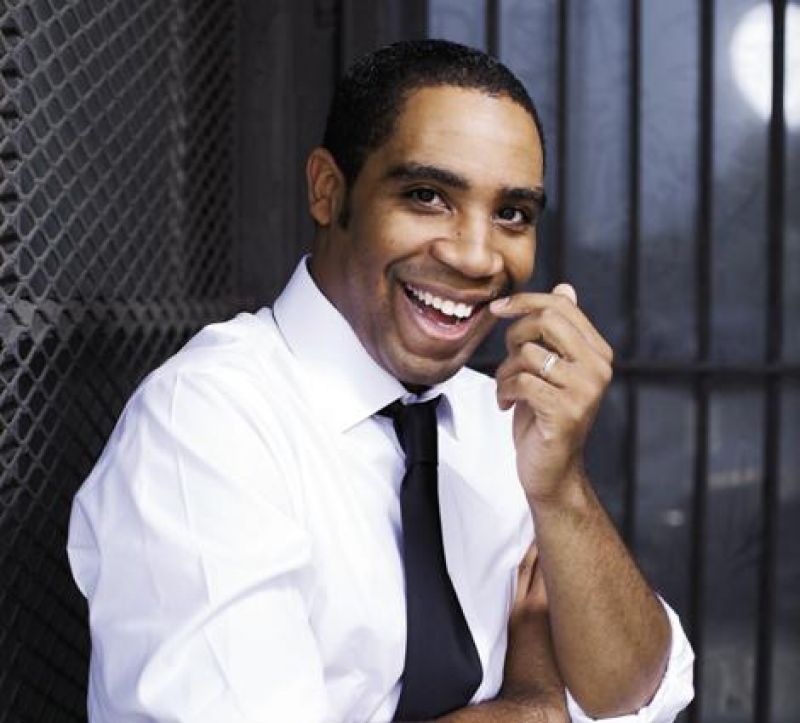 As a toddler, Michael Smallwood was wowing friends and family with his reading skills. He’d open a children’s book and proceed to read the entire thing aloud. “My mom would just shake her head,” says Smallwood. The truth was, the budding performer and future playwright couldn’t read a lick—he had memorized the lines. “I was acting,” he says, using air quotes, a scene-stealer from the start. Today, that knack for playing pretend has resulted in directing shows for the Footlight Players and taking on starring roles in a string of PURE Theatre productions, including Superior Doughnuts, The Elaborate Entrance of Chad Deity, The Motherf**ker with the Hat, and Pulitzer Prize-winner Clybourne Park.

While at Sims Junior High School in Union, South Carolina, Smallwood was very much the drama kid, playing the Friar in Romeo and Juliet and Oberon in A Midsummer Night’s Dream. Ambitious plays for a seventh grader, but he comically interjects, “Let me just say those were heavily annotated productions.”

It wasn’t until he got to the College of Charleston that he found his voice as a playwright. “I figured I should take a playwriting class if I wanted to be an actor,” Smallwood explains. Under the tutelage of professor Franklin Ashley, he excelled, developing his first monologue into a one-act drama about a man who holds a woman hostage to explain to her his thoughts on love. “I wanted to explore what would be the most heartwarming thing you could be talking about while someone is terrified of you,” he says. The show won 2007’s prestigious Kennedy Center/American College Theatre Festival (KC/ACTF) Short Play Award. Remarkably, he won again the following year, taking the KC/ACTF Region IV David L. Shelton Full Length Play Award for his second piece, The Mind’s I.

And, just four years out of college, Smallwood has managed to become an in-demand working actor, in Charleston no less. A lot of it, he says, has to do with a chance run-in with PURE co-founder Rodney Lee Rogers. “I met Rodney after a lecture I gave at a School of the Arts event, and he said he’d be in touch,” remembers Smallwood. “Michael can illuminate the subtlest nuances in a character’s inner life,” Rogers says. “This coupled with his own natural charisma brings a great deal of strength to our artistic endeavors.”

That charisma was on full display as Smallwood embraced the role of the struggling Macedonio “Mace” Guerra, a fall-guy pro wrestler, losing time and again to champ Chad Deity in PURE’s autumn production. “Michael is the consummate professional; his performance with us was what I call ‘perfect 35-millimeter theater’—subtle and nuanced,” says Michael Simmons, the Carolina Actors Studio Theatre creative director who recruited Smallwood to reprise the role in Charlotte in March.

Having just completed that run, Smallwood is poised to take on more challenges. “I’m writing two plays, and I want to direct a film,” he says. The actor has also picked up a few recent gigs in TV commercials and has an agent submitting him for other regional and national parts. But for now, in between working at a bookstore and the North Charleston After School Arts Enrichment Program, as well as the upcoming Piccolo reprisal of Chad Deity, his schedule is packed—proof, he says of the city’s thriving theater scene.

“Here, there are amazing opportunities to see shows that give you an escape and move you emotionally,” Smallwood notes. “Then to be able to know these actors as people in the community, that’s such an incredible experience.

“Being an actor means getting to live out every kind of life,” says Smallwood. “I can’t imagine ever not doing this.”