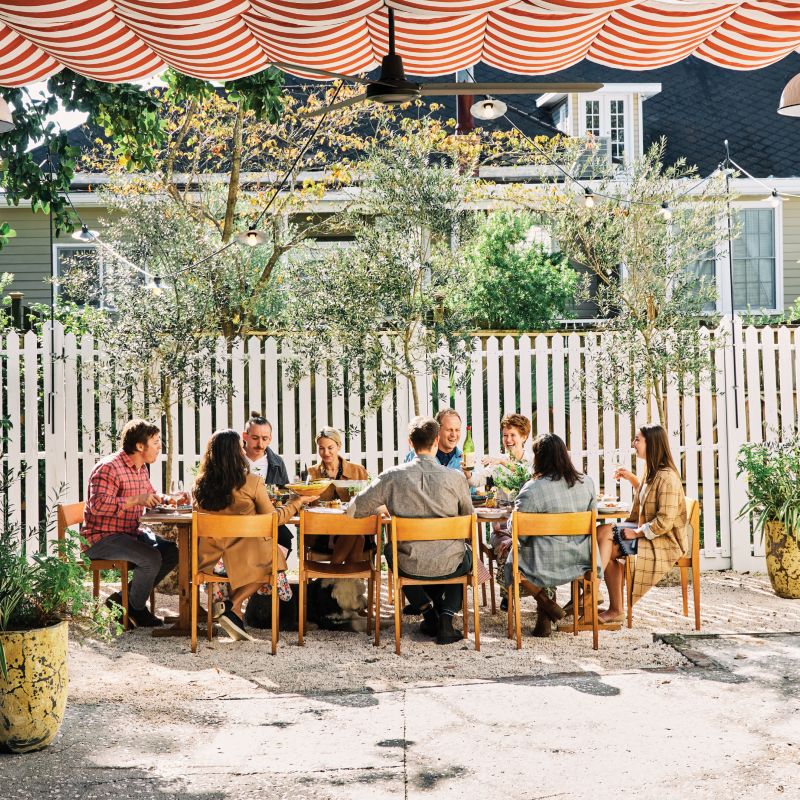 “We’re ‘in the relationship business,’” says Ben Towill, casually kicking back in one of his tavern’s bentwood chairs. The English-born restaurateur and his wife, Kate, are the newest proprietors of Mount Pleasant’s Post House and the couple behind downtown eatery Basic Kitchen. Together, this charismatic pair has dedicated the past seven years to creating well-edited residences and restaurants. But their design and development company, Basic Projects, emphasizes more than just food, drink, layout, and décor; their success hinges on the personalities behind each thoughtful space.

“I love imagining a restaurant filled with people, but hospitality isn’t just the glam of clients seated at tables,” continues Ben. “There are a million complex things that go into a dish before it reaches a guest. What happens between the morning hours and when we open determines the vibe.” Since 2015, Basic Projects has assembled a cast of talents who have collaborated on jobs in Charleston; Savannah; and even Ben’s coastal hometown in Cornwall, England. “Kate and I really love having a small team who we know well and allowing those relationships to evolve,” he notes.

Today, the Towills have invited everyone to the table for a meal to kick off 2021, a new year that holds the promise of a new restaurant, another hotel project, and the birth of their second child. The guest list includes Post House head chef Evan Gaudreau, bar manager Jordan Moton, and inn and events manager Anna Young. From Basic Kitchen comes head chef and fellow Brit Charles Layton and general manager Ann-Marie Schwartz. Rounding out the party from parent company Basic Projects are head of construction Jeremy Graves, as well as director of operations and “the reason everything works,” Eva Suarez.

Of course, grinning in their midst are Ben and Kate, who recognize that enjoying what they do and who they meet along the way marks the clearest path to success in this lifestyle biz. “If you’re not having fun, what’s the point?” Kate asks.

A unique brand populated by fascinating folks, Basic Projects was constructed on the founding partners’ intriguing beginnings—his as a prolific restaurateur in New York and hers as a feature film set designer-turned-interiors pro. Ben’s appreciation for clean eating started in his teens, when as a high-school athlete, he got knocked down by chronic fatigue. “Within a year, a macrobiotic diet took me from sleeping 20 hours a day to having more energy than I’ve ever had. I realized that what we eat directly affects everything, but I didn’t even know how to cook an egg,” he jokes. Uninterested in sheep farming alongside his extended family, Ben left home at age 17 to apprentice under renowned French chef Raymond Blanc at the two-Michelin-star Le Manoir aux Quat’Saisons in Oxfordshire.

Always up for an adventure, he later crossed the Atlantic for New York, where he would open four thriving restaurants. One afternoon, while acting as a waiter at his veggie-forward hot spot, The Fat Radish, Ben chanced the delivery of a bottle of wine and his business card to a table where an affable blonde woman was seated. Turns out, it was Kate, a rural Delaware native who’d made her way north to study art at Pratt Institute and parlayed her degree into a job designing film sets. That particular weekend, she was back in the city from Rhode Island, where she’d been working on Wes Anderson’s retro-cool Moonrise Kingdom, and she was curious about the plucky Brit. “So I asked him out on a date,” she recalls. “When you know, you know, right?”

The duo found common ground in their careers and launched The Leadbelly, a laid-back oyster bar and cocktail den on the Lower East Side, but talk of marriage and children shifted their sights from the bustling city. An opportunity to help open The Dewberry fueled their move to the Lowcountry in 2014, and the years since have been filled with residential interior design and hospitality projects. “We started with a handful of houses in Hampton Park and learned the hard way on so many things,” remembers Kate, who stood as designer, general contractor, and overall to-do lister on those initial renovations.

The couple’s pursuances have included the maritime-inspired Windrose Apartment Hotel and The Fat Radish’s sister location in Savannah, as well as a 300-year-old pub, The Ferry Boat Inn, in Ben’s native Cornwall. “Cold, wet beach is the temperature of the place, which I love, and when you’re having a pint and fish and chips with the sailboats just outside, it’s like you’ve stepped back in time,” he says.

Of all the projects to their credit, though, the Towills’ true labor of love has been Basic Kitchen. The concept of “cleaner fuel for longer adventures” surfaced during a cross-country bicycle journey from Virginia to Oregon and leans on Ben’s teenage revelations about the benefits of whole foods. “The idea is simple—eat well, feel great, go and do awesome things,” he explains.

The vibrant veggie-lovers’ menu aligns with BK’s unpretentious digs, relying on seasonal, local ingredients that both nourish and satisfy. “We definitely like to eat on the healthier side, but we also love a great burger and a yummy cocktail. It sounds so boring, but moderation is the key,” says Kate. “If you’re having ice cream, have true ice cream. If you’re using butter, use real butter—just don’t go crazy.” Ben picks up the thread: “Light beer is a waste of time; have a good beer.”

Whether they’re asking chicken and egg farmer Jeremy Storey to custom make sausage or commissioning drawings from local artist Carrie Davis, one tenet always holds: connect with the people behind the products. “When you commit to someone and work on that relationship, then you can grow together,” declares Ben.

To that end, Basic Kitchen stays loyal to Mark Marhefka’s Abundant Seafood for their surf and Clover Meadow Farm in Tennessee for their turf, as well as three John’s Island farms for the produce they plate. On the design side, Kate also cultivates long-term bonds with fine artists and detailed craftsmen who understand her signature style. “When you work for a long time with people you know and really respect, you only have to say so much and they get it,” she reflects. Since opening in August, the Post House has remained true to those small-scale purveyors and producers, and the results are as delicious as the happy-go-lucky Basic Kitchen, only with a slightly moodier personality.

The circa-1896 building on the corner of Pitt and Venning streets in the Old Village housed an inn from the late 1970s until 2019, when the Towills purchased and shuttered the property for major renovations. “Some neighbors worried we would make it too modern, but the building’s character and age always control our style,” explains Kate, who dressed the Post House in layers of warm fabrics, vintage collections, and artisanal fixtures. An airy new layout—and white paint over the original beadboard—breathed new life into the first-floor dining areas.

Despite their hesitation over some changes, like relocating the back bar to the light-filled front, longtime regulars have praised the outcome. “They still feel like this is their spot and show up multiple times a week,” says Kate. As they’ve done for decades, nearby residents routinely stroll in for a bite to eat and lively conversation.

“Kate has this amazing ability to create environments that feel lived in,” says Ben, marveling at the centuries-old feel that permeates this months-old space. Guided by her background in set design, Kate relishes producing worlds into which patrons can escape, if only for a few hours. “I love this idea of the English pub with rooms above,” she muses, pointing out that in America, a restaurant inside a hotel often gets shrugged off as an afterthought.

The Towills put plenty of thought into this jewel box of a building, though, giving feedback from the community high priority. “This has been the most fun I’ve had opening a restaurant by miles, because we got to know so many people from the neighborhood,” Ben explains. “In a way, the pandemic has been really good for us as a restaurant, because it helped us hone in on our audience. The most important thing is that it works for the people who live here, and it’s this great family who make it happen.”

Gathered in the courtyard around a well-laden pine table, the convivial team certainly looks like a family. Platters of stuffed Bradford collards, butternut squash tart, and rigatoni with “Sunday Sauce” are passed amid ebullient chatter and easy laughter. It’s no wonder three-year-old Oscar Towill has taken to calling his parents’ restaurant “my house.” That’s what the Post House has become. By way of England and New York, here in this quaint village among friends that feel like kin, the Towills have made a home. 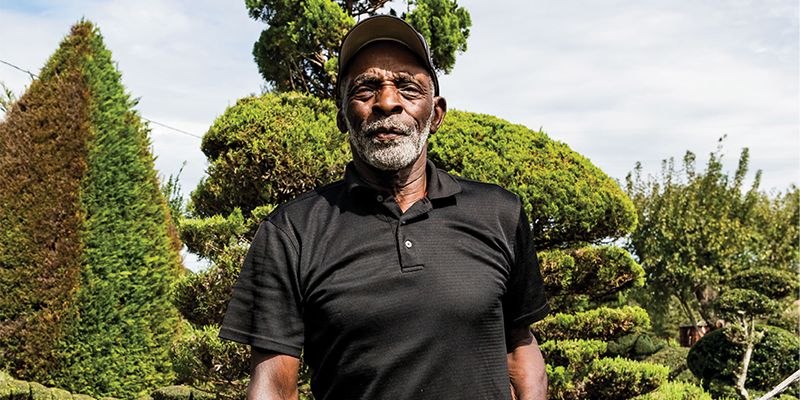 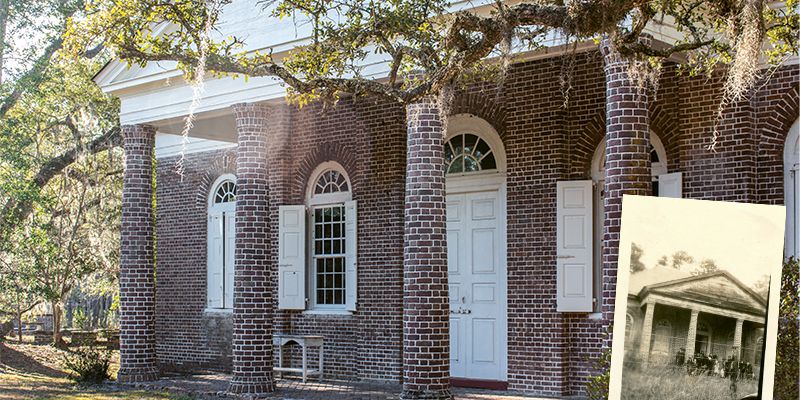 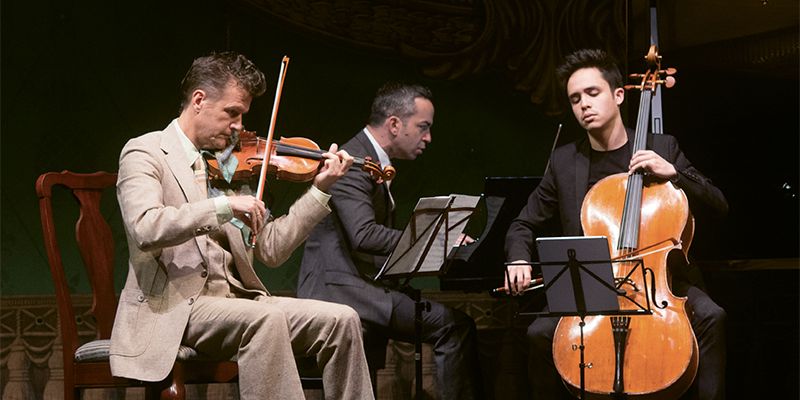 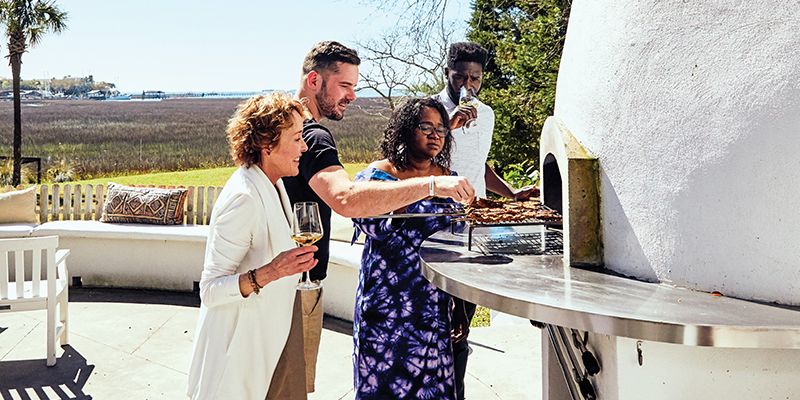 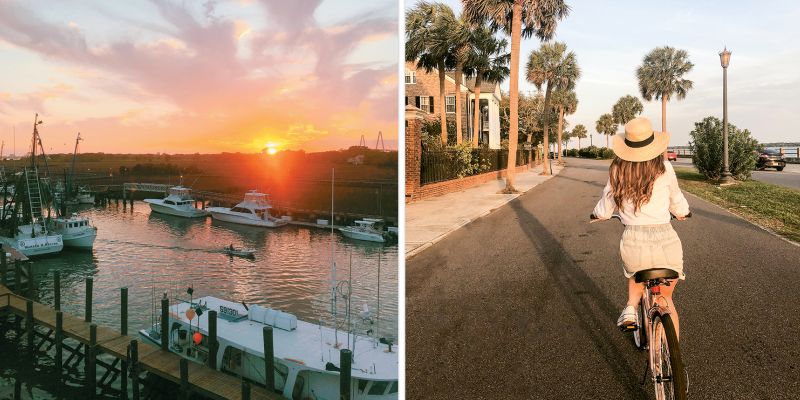 Embrace the sultry season with our tips on hitting the beaches; where to eat, drink, and chill; a variety of #... 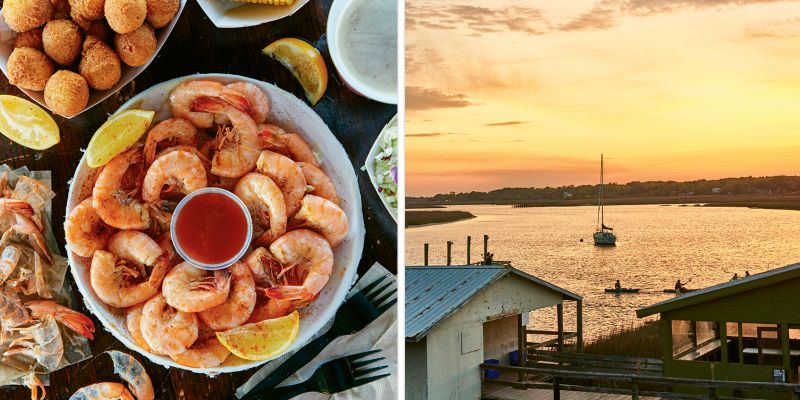 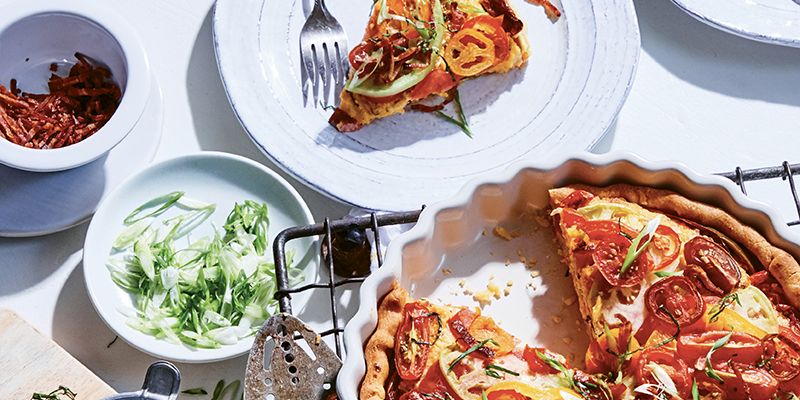 Tomato season is here! Serve up a taste of summer with five easy recipes showcasing the flavor-filled, versatile... 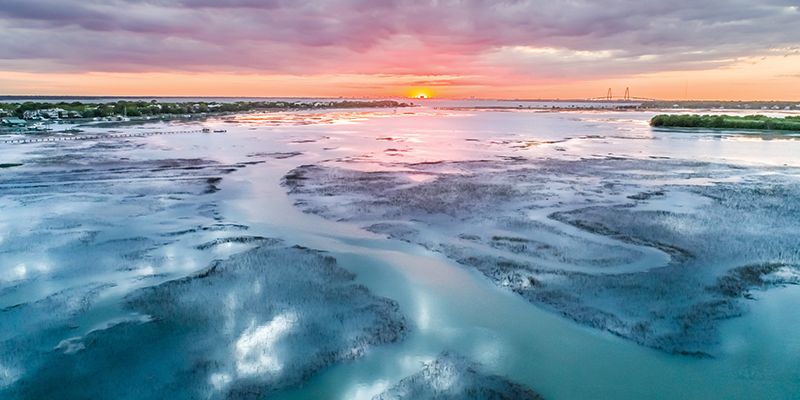 Addressing It With Dialogue and Design - How city planners and preservationists are rethinking, and redesigning,... 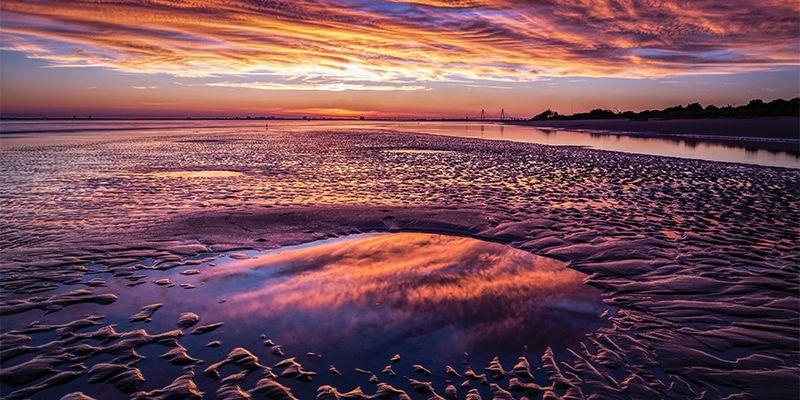 Vote for your favorite photo here 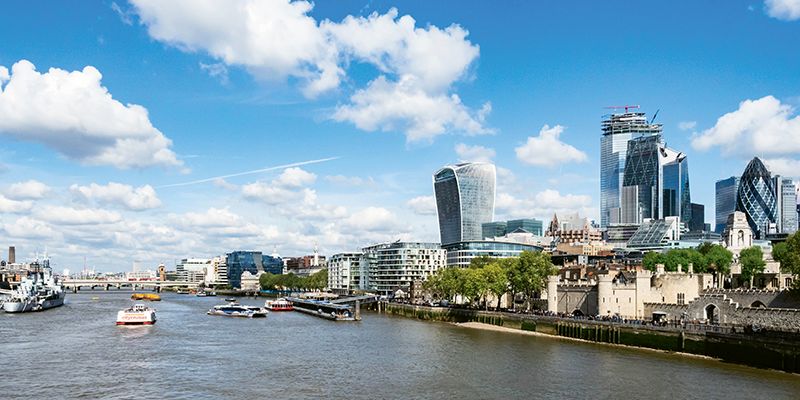