Mavis Staples
May 2012
Hear the legendary R&B, soul, & gospel singer in her prime 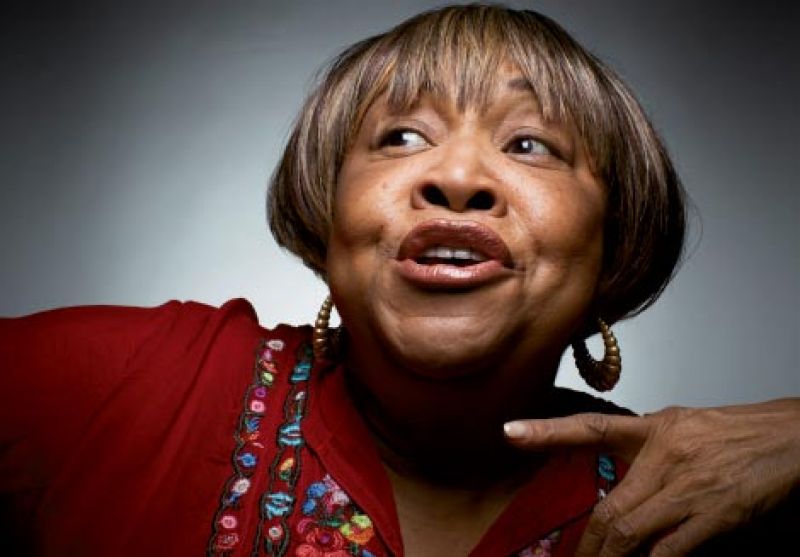 When Mavis Staples comes to town this June, longtime fans will no doubt cry out for the classic “I’ll Take You There,” but new fans may key into her most recent work featuring songs by Pops Staples, Allen Toussaint, John Fogerty, and the Reverend Gary Davis. “She’s an ever-forward-looking, positive example for all human beings,” says Jeff Tweedy, Wilco bandleader and producer of Mavis Staples’ most recent collection, You Are Not Alone. “And she sounds like she’s in the prime of her life.”

Staples—a 72-year-old Grammy Lifetime Achievement Award-winner, National Heritage Fellowship Award recipient, and Rock and Roll Hall of Famer—continues to innovate, finding new collaborators and marching onward. The last decade witnessed the renowned artist recording a trio of inspired works, including 2007’s We’ll Never Turn Back, an acclaimed collection of songs associated with the Civil Rights movement; the Grammy-nominated live album Hope at the Hideout captured in 2009; and September 2010’s You Are Not Alone, featuring traditional gospel numbers and originals by Tweedy and Staples’ late, great father, Roebuck ‘Pops’ Staples. “It was a feeling of pure joy to be singing the songs I sang when I was young, visualizing what I was when I first sang them,” she says of her latest album. “I’m still here, and this is what Tweedy has really done for me—he gave me a chance to be a kid again.”

More than 60 years since the founding of her family group, The Staple Singers, Mavis can still take us there.