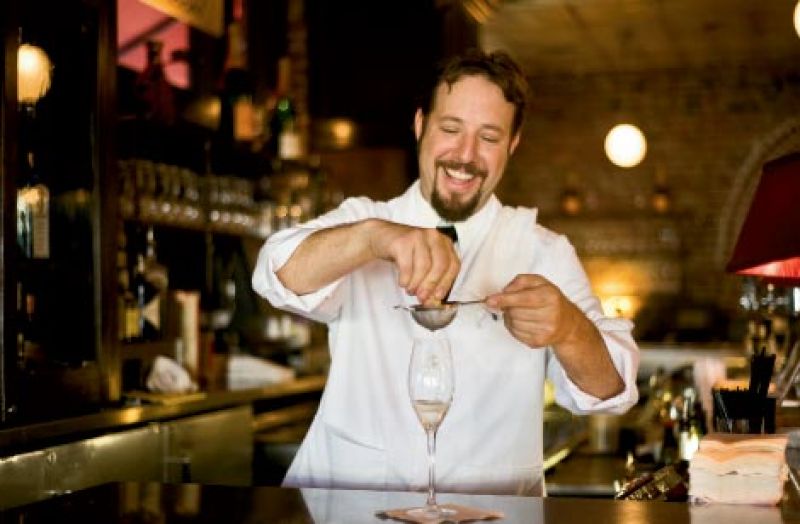 An unassuming cocktail of gin and Champagne, the French 75 hardly appears daunting. One glass in, however, and you may reconsider.

Named after the quick-firing 75mm howitzer field gun used by the French Army in World War I, the cocktail harnesses the same swift kick, except in a pleasant buzz form. The dry, bubbly brut mixed with a few shots of good gin and simple syrup makes for a refreshing drink that’s easy—and impressive—to whip up while entertaining. At popular brasserie 39 Rue de Jean, bartender Michael Moore says the trick to the potent potion is balance.

“The gin has an almost medicinal flavor, which appeals to a more developed palate,” says Moore, who explains that a splash of lemon and simple syrup go a long way to calm the strong flavor, making it go down easy for even novice gin drinkers. An award-winning bartender, Moore would know. He won the Hendrick’s Gin Contest Crawl in 2009 and 2010, and placed third in Bombay Sapphire and GQ magazine’s “Most Inspired Bartender” contest this year. After moving to Charleston on a whim, the former fisherman found his niche behind the bar at Rue, where he’s been churning out stellar cocktails ever since.

So what’s the trick to pulling off a perfectly balanced French 75 at home? “Taste as you go,” says Moore, emphatically. “It should have just the right amount of kick, with a sweet and bubbly finish.”